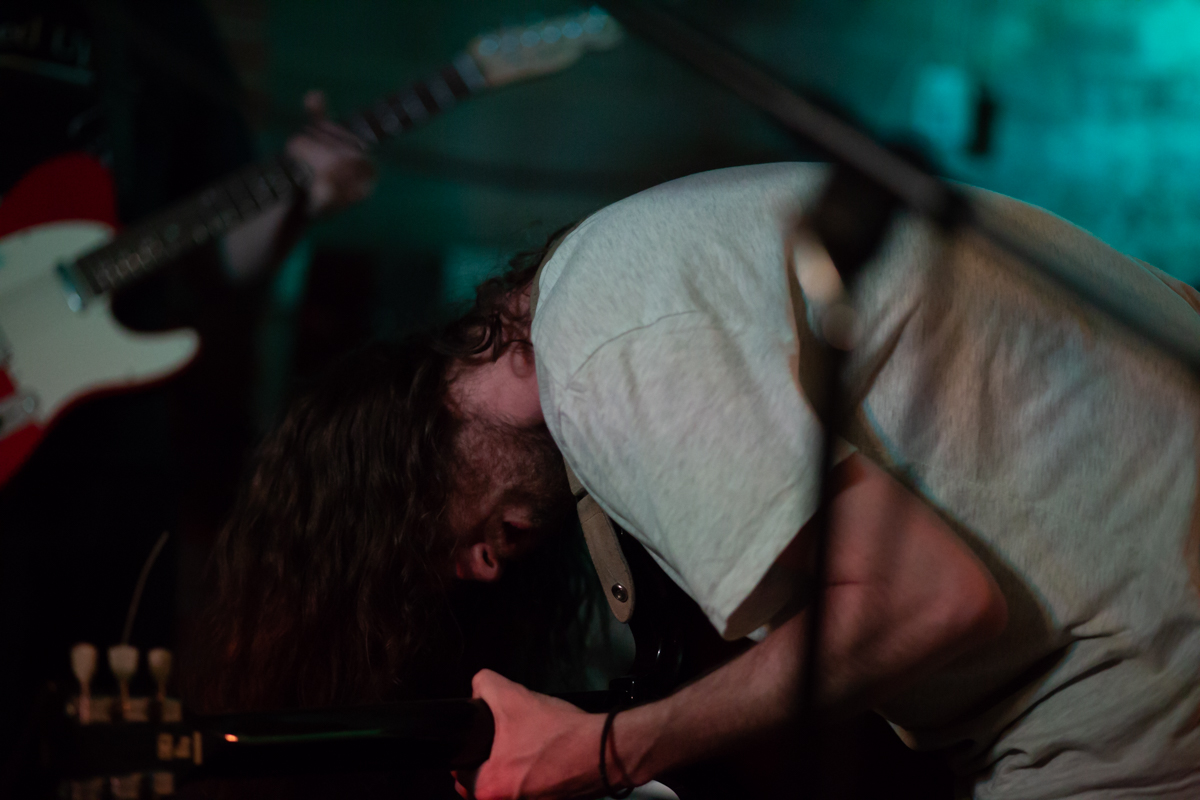 Eggy Records put on a top class line up at Sound Food and Drink, including OHMNS, Eyesore & the Jinx and SPQR and Getintothis’ Peter Goodbody trotted along to see how it went down.

All of this for £3 on the door. What’s not to like? It just seems daft not to go.

Hell, if you’re a milkman or milkwoman, then it’s free according to the Eggy Records Facebook page.

Proceedings kicked off with Silver Linings, a three piece being Sam Warren from Jo Mary, Bill Nickson on bass and Adam Craddock (who plays guitar for Bill Nickson) and played a handful of tunes sans drummer, although with a drum machine for some of them. It was quite dark, moody stuff with a kind of Lou Reed or Velvet Underground feel in a way. It’s presumably a bit of a side project but it worked well though.

His set was fast paced, witty and full of excellent observation and play on words. “Ever been to Saudi Arabia for a game of bingo or played bingo in Birkenhead at Mecca?” Spoken word can work well at gigs, although there’s precious little of it. Jack Haworth demonstrated why we need more and just how entertaining it can be.

“Hi, we’re Jamie” as a mixed bag of Eggy Records alumni from Wild Fruit Art Collective and elsewhere, including Beija Flo on backing vocals and a giraffe doing quite what, we’re not sure, completed the opening trio of acts making up this mini fest of six acts in one night.

Sound basement was getting pretty busy by now as this bunch rattled off a clutch of maudlin Americana type tunes. “This one’s a happy one” said eponymous front man Jamie. It wasn’t.

It was all good though.

As enjoyable as the first half of the night had been, part two would see the heavyweights of the bill line up to be counted.

SPQR are developing a decent following for their stripped down psych punk thing. Peter Harrison screams and spits out his lyrics with a venom that appears completely at odds with his off stage personality. It’s hard to believe this is the same guy we were speaking to in the bar earlier. Suffer and new(ish) single Blood Pump are definitely stand outs, but to be quite honest, there isn’t a weak song in this set.

It’s raw and angry and quite brilliant. We’ve seen them plenty times before and no doubt there will be plenty more. There was even a mini-mosh pit developing, which the band said was a first for them. Well deserved.

Eyesore & the Jinx are also well known around these pages, having played our Deep Cuts night back in October last year. Sound basement is pretty hot by now, even after most people left to have a fag outside after SPQR.

The Eyesore trio bash out a high energy garage kind of, almost rockabilly, punk. We get Cramps style guitars and the crowd gets jumping. It’s glorious manic mayhem.

What can we say about OHMNS that hasn’t been said before? Not a lot. They’re damn good. They’re loud. They often use the stage as a notional guide rather than a dividing line between band and audience. They’re anarchic.

That they didn’t draw the biggest crowd of the night was a surprise (that gong went to SPQR), but maybe it was because it was pushing midnight when they started. They did, however get the most enthusiastic of onlookers for this perfect storm of a set. Heavy, fast and uncompromising the band had Sound in the palms of their hands. The faithful were enjoying this one. And rightly so, it was excellent.

There was plenty of competition tonight for gigs with The Fernweh at EBGBs and Emotion Wave at 81 Renshaw both clashing. That Eggy Records drew in such a good crowd to Sound was a testament to the quality of the acts on the bill, none of whom put a foot wrong all night.

The fact it was only £3 on the door makes this one even more remarkable. We were told the price was because this was a hastily arranged gig. Maybe so, but it was a serious bargain and a great night. 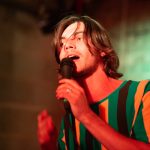 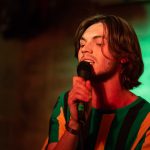 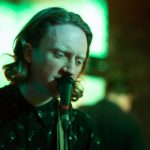 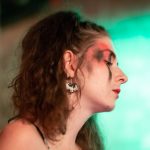 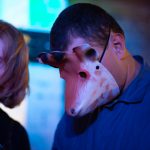 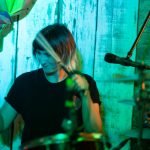 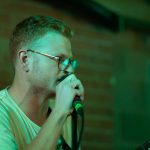 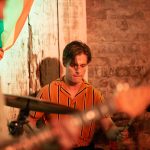 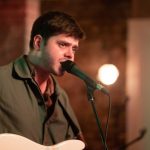 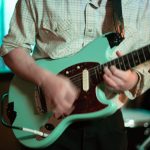 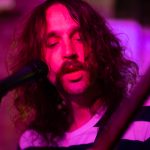 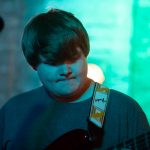 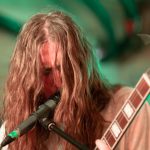 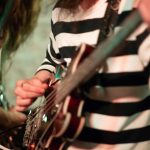 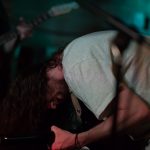 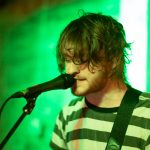