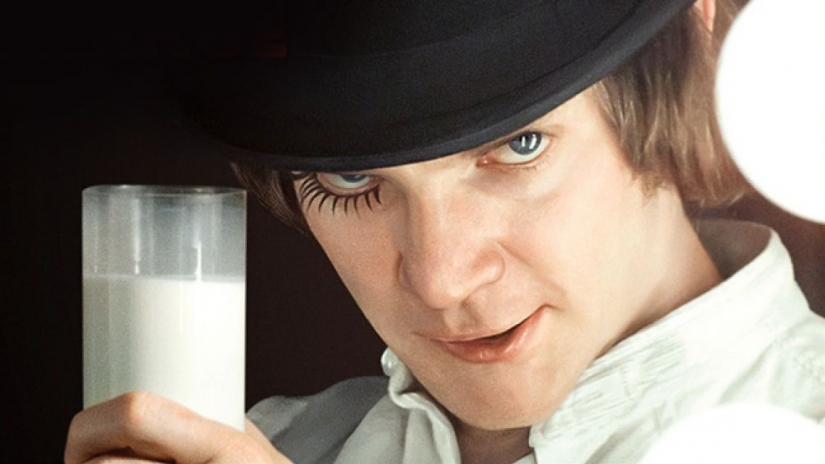 Taking a look at some the finest and most subversive films from the 1970s, Getintothis’ Alex Brooke on five classics.

Choosing a handful of movies from a decade that produced so many notable films is never an easy task.

Getintothis wanted to choose a handful of films, that, in their own unique way are timeless and should be part of your film collection.

In a previous edition we discussed some lesser-known screen gems for the summer, like Happy Time Murders as an alternative to the big budget blockbusters. This time we’d like to present five handpicked films from the 1970s that shouldn’t be forgotten.

After Stanley Kubrick created one of the definitive science fiction films towards the end of the sixties, he would start the seventies with one cinema’s most controversial films, which continues to shock audiences 47 years after its release. Described as a twisted and giddily sophisticated blend of pop iconography, high art, fast and slow zoom lenses and wide angles, A Clockwork Orange tells the tale of a sadistic delinquent leader of a gang of ultraviolent “droogs.” The film comments on altering tones of free will, sociological debates of violence, and institutional dehumanization.

In this raucous, subversive satire of racism and the absurdity of prejudice, Mel Brook’s Blazing Saddles stands as his most audacious comedy of his career. It’s a product of a tumultuous social era, yet, timelessly poignant. After a black sheriff (Cleavon Little) is sent to the small town of Rock Ridge to keep the peace, all hell breaks loose. Featuring the talents of Gene Wilder, Harvey Korman and the unforgettable Madeleine Kahn, the film also broke ground by being the first ever to “break wind” and incorporate audible flatulence.

One of the best-rated films of the 1970s is also about the war that helped define the early part of the decade. Called disruptive, dark and disjointed, Francis Ford Coppola’s epic (it’s even more epic in its Redux version) is loosely based on Joseph Conrad’s book Heart of Darkness. The film follows Captain Willard (Martin Sheen) as he journeys with a team of GIs upriver, in search of the rogue Captain Kurtz (Marlon Brando). Apocalypse Now is eerily dark and psychologically challenging, which in a way is fitting, as it is a reflection of the way it upended America and its psyche.

Robert Altman’s uncanny sense for satire and cynicism is perfectly captured in this 1974 gem. Elliott Gould is a poker hustler who plays cards for a living, while George Segal is a card player with a day job.

After getting into trouble with a bookie, the duo are forced to participate in a high-stakes game. Robert Altman’s California Split also features poker legend Amarillo Slim who played himself. Amarillo was one of the biggest poker stars of the time and would win 4 WSOP bracelets during his career. His inclusion in the film gave it a level of authenticity that helped it to become one of the best hidden gems of the seventies.

Timeless and powerful, the film more or less predicted the state of the media 40 years after its release.

Following the mad rants of veteran anchorman Howard Beale (Peter Finch) on live television, ratings go through the roof and he is made the new face of the network. Directed by Sidney Lumet, Network merges satire with spite and contempt, both for character and audience. Its most enduring virtue is its eerily accurate prediction about where the news media would go in the next few decades.