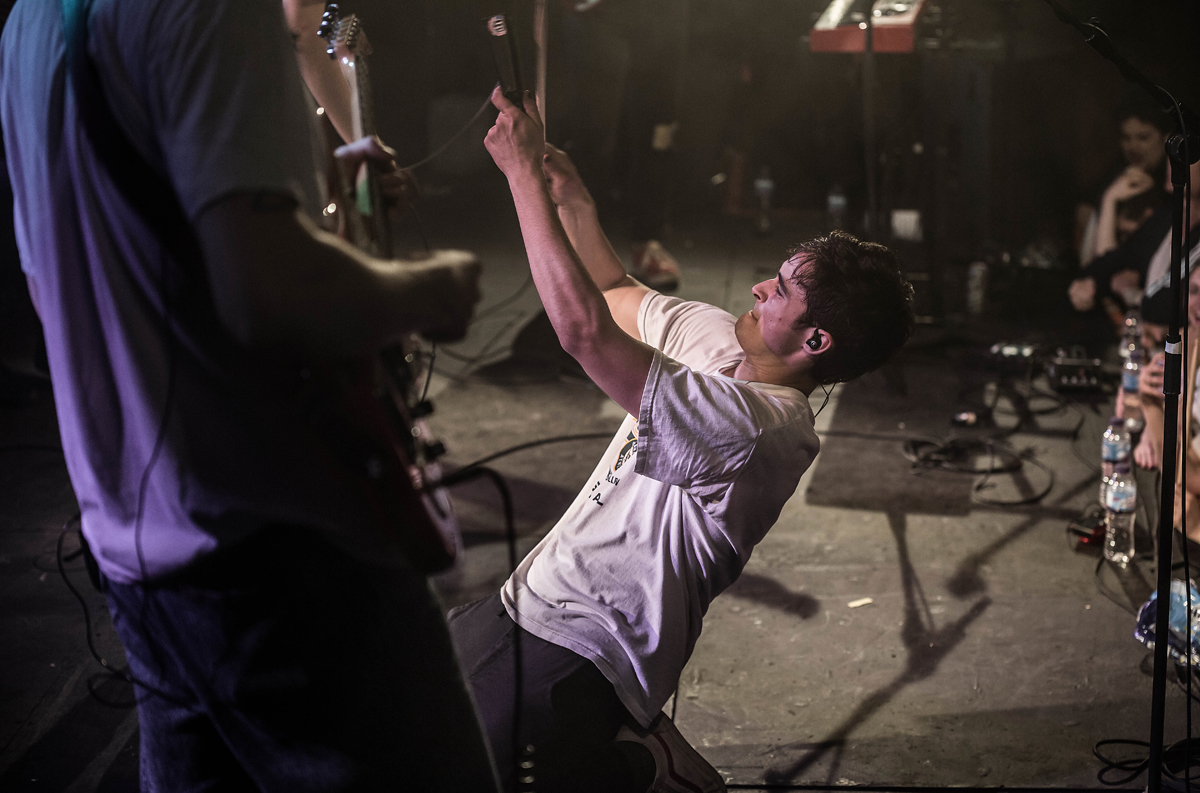 Continuing in our ‘In Defence Of’ articles, Getintothis’ Joe Giess takes to the stand, not to defend a band or a concept, but an instrument. The humble Cowbell.

I can picture an artist searching through his dusty cupboard of unused instruments searching for the ‘new sound’ like he’s artiste-cum-Goldilocks. He picks up the sitar and gives it a little noodle, but decides it’s not right; he doesn’t feel like writing a raga today.

He picks up the accordion and gives it a blast, but again, it’s just not right. At the back though, he see’s the cowbell placed behind the theremin and smiles. “Oh, the subtle cowbell, you can sneak onto any track, if it tries hard enough.” So he attaches it to his drum kit and gives it a good clonk.

From Drive My Car by The Beatles to Hey Ladies by Beastie Boys, the cowbell is renowned for giving a tune, just a bit more bite. Without the decisiveness of a cowbell, The Beatles ended up in a muddy ocean of a 1000 thousand overdubs and Maxwell’s Silver Hammer.

I feel like the cowbell has edged on being a cliché, something that should only be associated with one genre, but the importance of the ‘bell came to me quite recently, at a Car Seat Headrest gig at the Invisible Wind Factory.

It was undeniably a great show throughout, but the best moment came when they were storming through Destroyed By Hippie Powers, and the drummer grabbed the cowbell and ran to the front of the stage. Click on the link below to read the full review of the show.

The crowd went absolutely wild. It was as if he had started levitating front man Will Toledo over the audience. People were clambering on the stage and he was letting them give it a good whack for a bit, then they would fall back in a euphoric raptures. It was as if they were blessed to touch the cowbell. I realised that something was going on, so here is my brief, and subjective history of my favourite cowbellians.

Less is more, it’s the rule for most things in music, and this is a fine example. The heavy glomp, that marries Stuck In The Middle With You back into the verse, is the much, much, needed punch in the song. The cowbell even gets screen time in the video. What more can we ask for?

Queens Of The Stone Age

I know it’s a jam block, but I just don’t care.

Josh Homme isn’t in everyone’s good books after kicking that photographer in the head, but separating the music from the person, the opening klanks at the start of Queens Of The Stone Age’s Little Sister are just as fierce as Josh Homme’s riff itself. Plus it was subject to another SNL skit, which allows it entry to the list.

They didn’t just whip out the ‘bell once, but a few times in their career. I’m sure if you asked Keith Richards what the secret to success is, he would just whip out a cowbell covered in cocaine from his pocket. On this list, it’s the little tinny taps, which the entirety of Honky Tonky Women rests upon, that sits proudly on my cowbedastal.

Then from a song that’s been covered by Exodus, Phish, and Korn just to mention a few. Low Rider by War, which heralds the catchiest little pitty pop’s in music. No argument really.

I would be remiss not to mention the first thing that usually comes to most people’s minds. Will Ferrell’s protruding gut in 70s garb and Christopher Walken with his…voice on SNL from 2000. Parodying the genesis of Blue Oyster Cult’s Don’t Fear The Reaper in the 70s garb in the style of VH1 Behind The Music. I think it’s not an exaggeration that inclusion of cowbell on popular music increased tenfold, and cemented the term “More cowbell” being indoctrinated into modern lingo forever.

The Coral: Exclusive excerpt from Into The Void, a new book by the band’s Nick Power

That’s where the high water mark for quality cowbell resides in the history books. The ‘heavy rock’ of 70’s and 80’s, with a few scant uses in the 60s, the floodgates opened and nearly every cock rock single is littered with the cowbell from Black Sabbath, to Led Zeppelin, David Bowie to Guns N Roses, Kiss, Free, Nazareth…

From what frustratingly few cowbell related books I have unearthed, the earliest uses of the cowbell in popular music comes from that bespectacled sweetheart from Lubbock, Texas: Buddy Holly. His use of the cowbell in his hit Heartbeat in 1958 is the milestone I could find. When in an attempt to go back further, the roots can be traced back to jazz, and Latin music in which the complex rhythm would be heightened by the use of cowbell.

I’m an open-minded fellow, and so I can understand that not everybody is a fan of the cowbell. Does any remember Edward Elgar? In his court case from 2012 he sued a neighbouring farmer in the south of rural France for causing “anxiety and exhaustion”. This is because his neighbour was using cowbells on his herd.

Instead of being ousted for being an evident lunatic. 1,600 people signed the online petition he generated. I feel like these arrogant self-entitled British expats, are a good reflection of people who dislike a good cowbell, but as I said before, I appreciate you can’t please all the people all the time.

Although I’ve only discussed a limited avenue of music, the cowbell is ultimately ubiquitous, and widely appreciated. It appears in every genre of music. It’s dotted throughout Boards Of Canada’s Aquarius low in the mix, and also hiding in the funky percussion of the controversial Blurred Lines, by Robin Thicke.

With most instruments, I can see that they’ve had a merit in their own right, and so they’ve eventually bled into popular music. Take for instance a Kalimba, the African thumb piano, it’s an attractive little creature, so I can see why Bjork used it on her track Earth Intruders.

But I just don’t know how the cowbell initially found itself in pop, aside from being too skint for a drum kit. Or a farmer herding his obedient cows gets overwhelmed to the rhythm of the pinging cowbell, and succumbs to dance. Evidently, I was ignorant.

Wikipedia told me that it has roots in classical music. Championed by Richard Strauss, Oliver Messian, and Karl Stockhausen no less! I listened to Strauss’ Alpine Symphony for a few minutes, but I couldn’t hear it. I think they made it up, like when a band creates fictional influences to seem more obscure. But it seemed the church of cowbell runs deeper.

I curiously typed in cowbellsongs.com and discovered what can only be the most extensive catalogue of cowbell tunes ever created, on a dormant webpage that hasn’t seen the light of day since 1998. This is delightfully coupled with an added stream of cowbell memes on the side of the page. I quickly shut it off. I felt like I’ve seen a weird side of the Internet and I didn’t like it.

We’ve all got a bit of cowbell in all of us.
What’s your favourite cowbell tune?
Is it a whelp? A glomp? Or a tinny tickle?