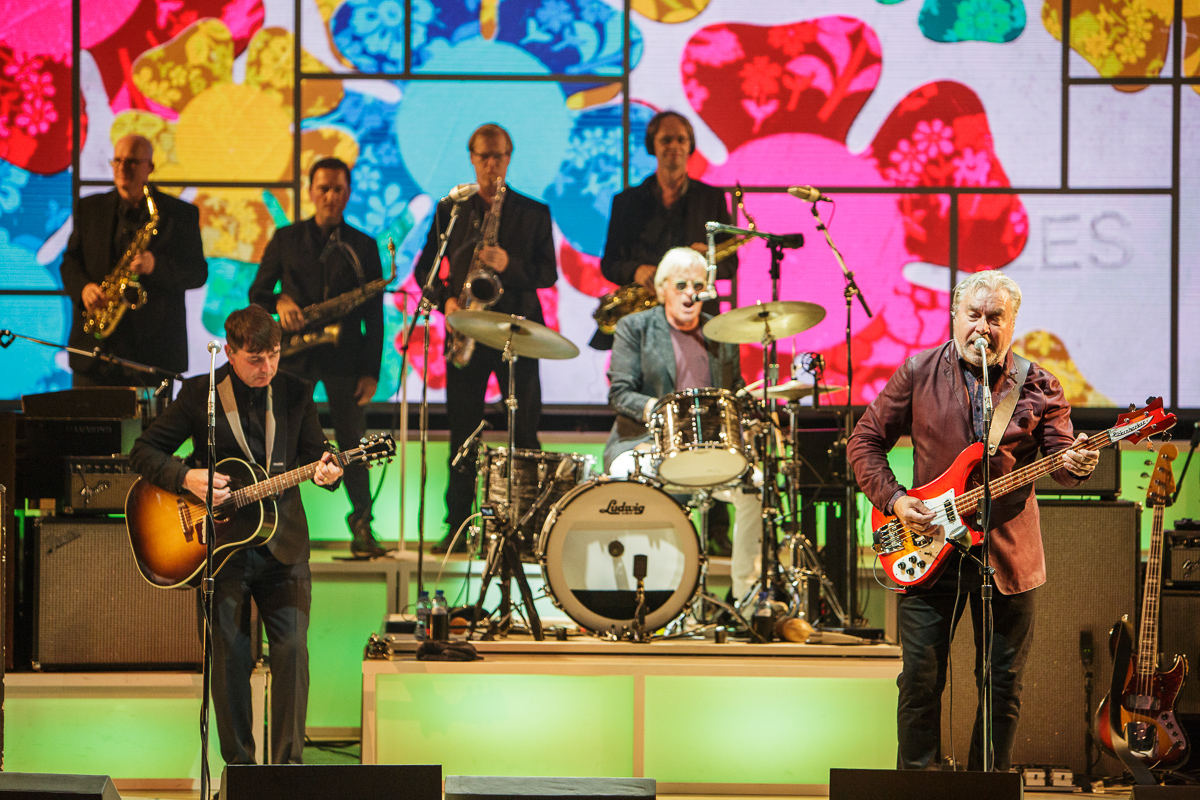 With the Beatles Convention in full swing, The Analogues play a packed out Philharmonic to give some late-stage albums a bash, Getintothis’ Keith Ainsworth finds much more than a covers collective.

They knock out passable versions of Beatles classics using a Hofner bass guitar copy and four mop-top wigs. Tonight, however, we have a different approach altogether.

The Analogues don’t dress up but they do go to extreme lengths to make the music sound like the original records. This means all period correct instruments.

They specialise in recreating late period albums – the ones The Beatles themselves never toured saying it wouldn’t be practical. The Analogues, a Dutch five piece supplemented by several additional musicians, pull off this feat with a stage full of 1960s equipment.

No cheating with modern technology.

Tonight in front of a sold out Beatles convention audience they tackle the 1968 album named The Beatles, more commonly known as The White Album.

The Beatles had recently returned from an extended trip to an ashram in India with a surfeit of songs. This became a double vinyl album. 30 songs in a hugely diverse range of styles.

The audience is here to witness the concert that never happened. It kicks off in rocking style with Back In The USSR.

As well as the immaculate playing, the tones that the original Gibson SG, Epiphone Casino guitars and Hammond organs produce are spot on. The vocals are not impressions but they sit well with the music avoiding any touch of parody. Particular praise must go to the harmonies. 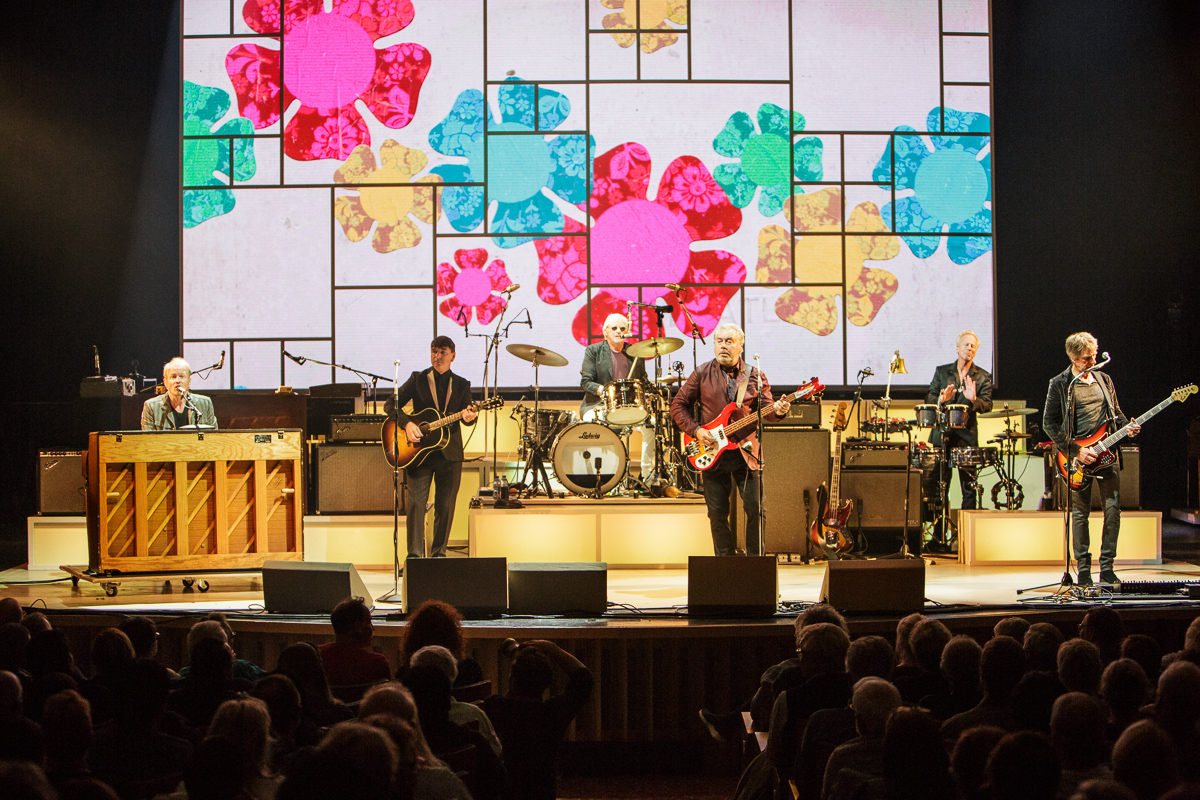 The songs on this album were supposed to be back to basics but The Beatles, of course, could not help elaborating them as they went along. For instance, Martha My Dear  features a four piece brass section and a string quartet.

The core group are supported by the additional musicians who smoothly enter and exit at the appropriate times. This is one of the moments during the evening when what you see enhances your love of a song. You see the brass section step up in one part, the step away as the strings take over. You always knew it was done like this but here you can see how it is done before your eyes.

The instruments keep coming. Bungalow Bill features a Mellotron (an early tape based keyboard instrument that could be considered an early sampler) and for Piggies the stage crew swiftly wheel on an actual Harpsichord. Remember, there is no cheating with an easy synth version of the instrument.

Here I should mention the backdrop that I initially thought was a Mondrian-like selection of squares in cream and white. It was of course a group of vintage White Album covers in various stages of distress. Most songs are also accompanied by a simple amusing animation projected on the backdrop. These illustrate the song without being distracting.

Paul McCartneys’ secret show at The Cavern – Review and pictures

A beautiful song like Julia was the work of John Lennon alone. But to emulate the double tracking Lennon did on the recording The Analogues use two singers and two acoustic guitarists. The effect is intimate and astounding at the same time. This song concludes the end of side two on the original album.

We take a 20 minute intermission to metaphorically take the second LP out of its sleeve and then a raucous Birthday kicks us off again. We move through side three to Everybody’s Got Something To Hide Except For Me and My Monkey.

A shout out has to go to the percussionist for playing the ‘school bell’ throughout the track. It wouldn’t have been the same without it! Helter Skelter live achieved what McCartney once stated was his intention to make the loudest, nastiest, sweatiest rock number they could.

At three points in the evening, we hear the voice of The Beatles superb biographer Mark Lewisohn. These illustrated segments give us context to those times and the place The Beatles fitted in. These perfectly set up the turbulent year of 1968 and lead us into a song like Revolution 1.

One of the hardest things to get correct playing these songs is to play like Ringo Starr. The man himself was naturally left handed but played the kit right handed, slightly behind the beat. The Analogues drummer, Fred Gehring, nails this perfectly. All of the band seem to be multi instrumentalists but Diederik Nomden seems to switch between guitars and keyboards whilst singing all night.

The challenge of the evening was always going to be Lennon’s sound collage Revolution 9. Faced with the impossibility of recreating this The Analogues hired one of Holland’s top animators to make a film to accompany their studio recreation.

The album is concluded to huge applause with the aptly titled Good Night. However, this is not the end. They return for encores starting with Penny Lane, the strings heavy I Am The Walrus and a rocking Hey Bulldog. The concert concludes with The End from side 2 of Abbey Road.

This gives each member the perfect opportunity to sign off with those superb solos.

This evening demonstrates the breadth of influences and ambition of The Beatles. The White Album was their ninth studio album in six years. 50 years on the White Album makes the bands of today look like slackers. 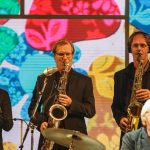 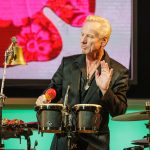 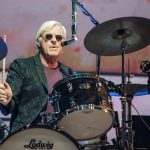 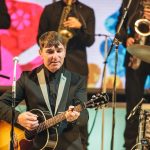 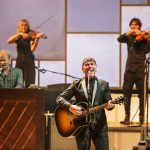 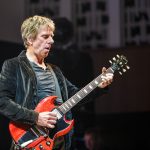 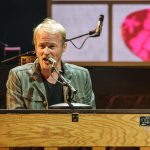 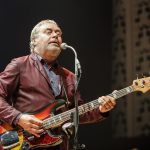 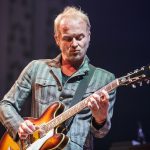