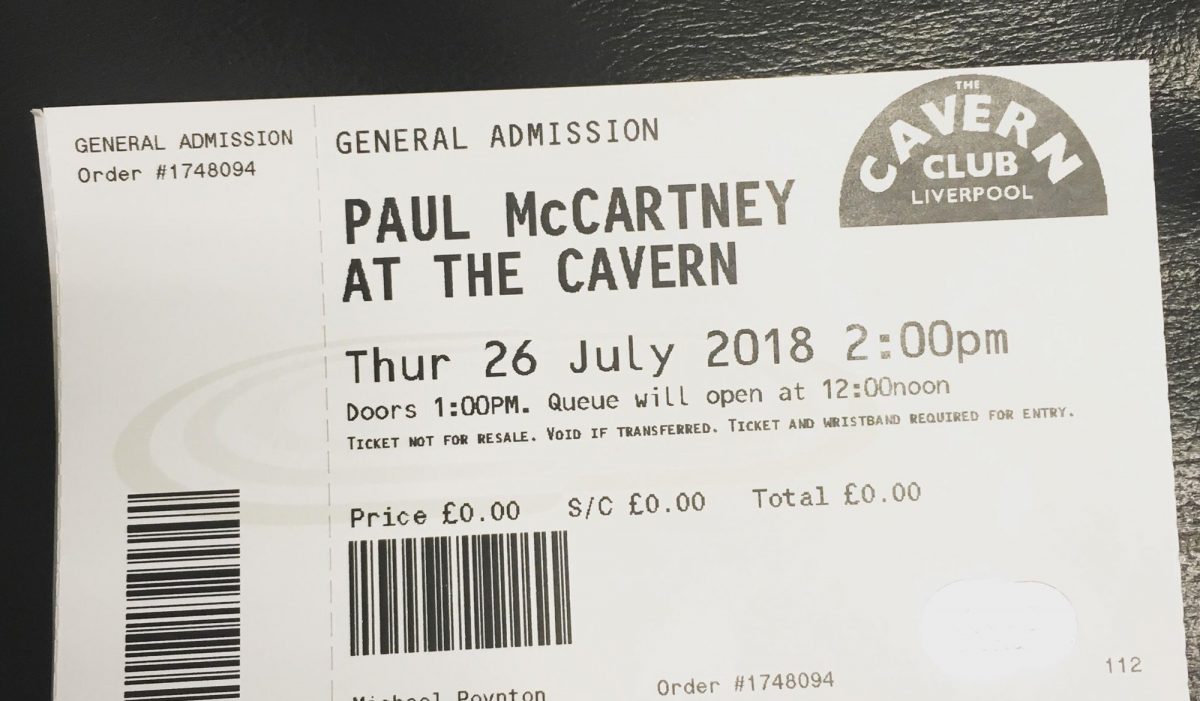 Just 110 lucky people were able to watch The Beatles legend play inside a steamy Cavern Club as he played a hit-packed set for almost two hours.

Former Liverpool FC player Jamie Carragher and Stockport band Blossoms, who recorded their debut album in Parr Street Studios, were among the 90-strong guest list which saw the capacity at around 200 people.

Earlier fans queued at the ECHO Arena to snap up the hundred tickets after McCartney‘s social feeds announced how to gain entry to the Cavern.

A whirlwind Cavern show featured many of The Beatles‘ greatest hits and much-loved pop classics.

Kicking off with Magical Mystery Tour the crowd went into delirium before moving onto The Beatles‘ first ever demo, In Spite Of All The Danger and a blistering version of Love Me Do.

Debuting new songs Come On To Me and Four U (which he told fans was originally going to be called Fuck You but he’s cutting down the swearing!) he soon switched to the piano and played Lady Madonna.

Among the stories he told was when The Beatles were in London he was looking at shiny guitars when he bumped into The Rolling Stones and asked them how they were getting on, to which Keith Richards replied, we haven’t got a single… so McCartney said, you can have this – and he burst into I Wanna Be Your Man.

Elsewhere he played a number of Wings classics including Band on the Run and Jet. Also in the set was Ob-La-Di, Ob-La-Da which saw McCartney deliberately accentuating his Scouse accent.

He finished with a glorious version of Sgt Peppers Lonely Hearts Club Band and Helter Skelter.

Exploring the inside story behind The Beatles classic Tomorrow Never Knows

During the concert, fans were told to refrain from taking pictures – with at least one person ejected for taking camera phone pictures.

The concert precedes his Freshen Up tour, visiting the ECHO Arena on December 12.

On his Liverpool Arena date, McCartney, said: “There’s nothing like performing in front of your home crowd, especially when it’s been a while.

“I can’t wait to finish the year on such a high by partying in Liverpool, Glasgow and London. We’ve freshened up the show since our last time round and we are excited to get to play some of our new songs along side some of the favourites.” 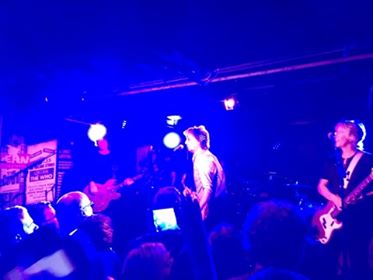 Paul McCartney on the Cavern Stage

Freshen Up will begin in Canada in September for four shows before heading to the US for Paul’s headline performance at the 17th annual Austin City Limits festival in October.

The day before the Cavern show, Macca was in conversation with Jarvis Cocker at LIPA before performing a set which included I’ve Just Seen a Face, San Francisco Bay, Blues, Every Night, From Me to You, Mrs. Vandebilt, On My Way to Work, Love Me Do, Confidante, I Lost My Little Girl, Midnight Special and We Can Work It Out.

Ticket prices for McCartney‘s UK shows were £72.50, £89.50, £136 including administration and facility fees of £75 which caused controversy among many fans.

Wish I was there. I visited the Cavern in 2017 and it took my breath away.

Here is the moment @paulmccartney returned to Mathew Street!

People in Liverpool just a bit excited that Paul McCartney is here. Hundreds waiting by the stage door at the Cavern Club hoping to catch a glimpse of him after his surprise gig this afternoon. pic.twitter.com/1FJfo4XbCd

Free tickets for the ‘secret’ @PaulMcCartney gig today at @cavernliverpool went for over £200 today, WHEN WILL THE VENDORS LEARN !Something has to be done to stop this happening at concerts and football matches, #StopTheTouts @PeteCityPrice @LivEchonews @EchoArena @lpoolcouncil

@PaulMcCartney Thanks to the lovely media team at @LIPALiverpool yesterday who gave my grandson some posters of #EgyptStation and the security guards who looked after us ,Vincent was too young to be admitted to see #PaulMcCartney . #Liverpool #Cavernclub pic.twitter.com/imzZlBSvHa

Think he's on stage now, it's hard to hear anything because he seems to be playing the larger room at the back of the club rather than the cellar stage. So I'm back at the front of the Stage Door barrier and hopefully I'll get a glimpse later 😊 #PaulMcCartney #Liverpool pic.twitter.com/Fr01wJLjo4

There he is!! 😱Well – that was incredible. Paul has just finished a 2 hour set in The Cavern to an intimate audience pic.twitter.com/gkbJWxVi3t