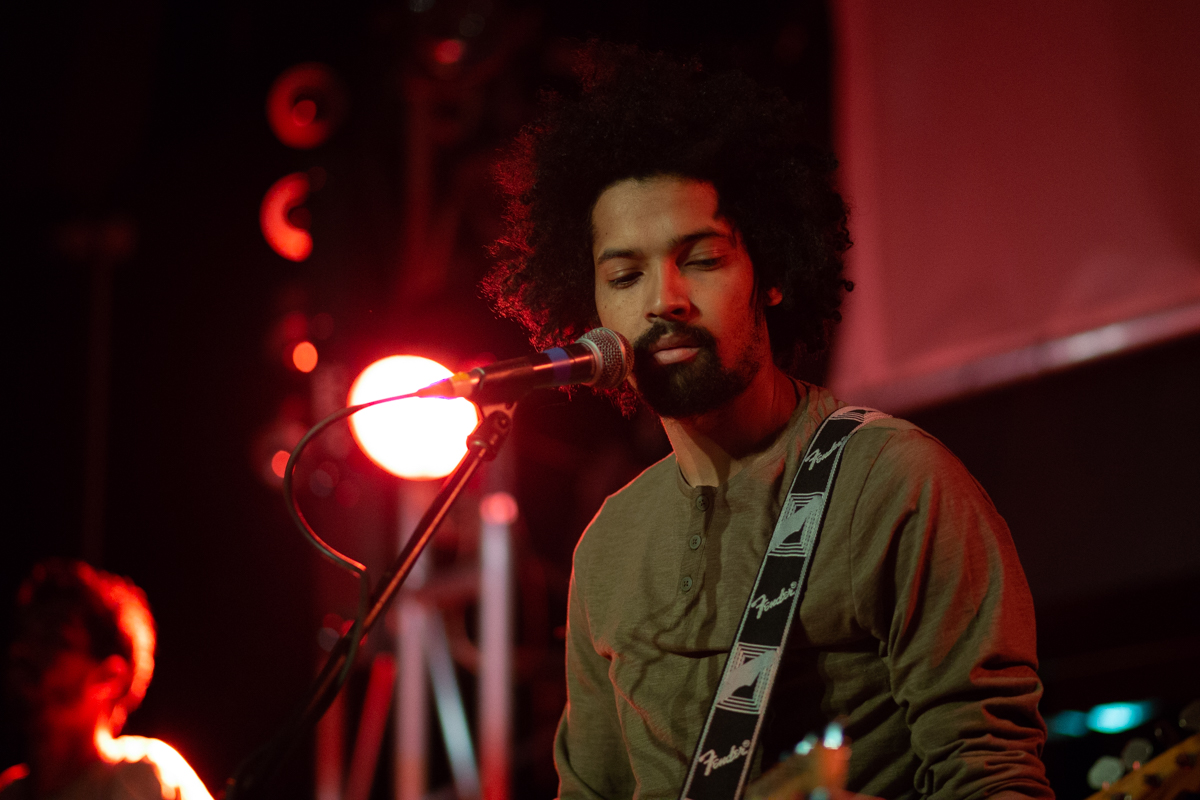 As Algerian Tuareg rockers, Imarhan brought their fiery brand of desert rock to the Baltic district, Getintothis’ Mark Rowley was there to swirl in on a Saharan Sirocco sandstorm.

Back in Liverpool after playing to a packed Philharmonic Music Room in 2016, Imarhan were here as part of a UK tour to promote their ‘rockier’ 2nd album, Temet, released earlier this year.

The now Paris-based quintet, formed 10 years ago but only laying down recordings in the past three years, was the only live act on tonight’s bill; a Harvest Sun promotion with additional involvement from Africa Oyé and Mellowtone Records. The night also featured a DJ set from Jacques Malchance, before and after the main attraction.

Slightly later than advertised, Imarhan kicked off their one hour plus set with Temet opener, Azzaman and followed this with the brilliant Alwa, with its nostalgic nod for the land, riches (and turmoil) the band has left behind. The song is ultimately a call for the nomadic, largely Muslim, Berber communities that surround the Sahara to unite, following years of strife and in-fighting. Unsurprising, as past liaisons have included support from Gaddafi and more recently, infiltration by al-Qaeda.

Thus, born of the pains and struggles of land contestation and wilderness survival around one of the harshest and unforgiving regions of the Africa continent, Tuareg desert rock has its roots in campfire rebel resistance; the reggae of Bob Marley and most interestingly, the blues-rock of Mark Knopfler’s sultans of swing, Dire Straits.

And if by chance the sound of bands like Tinariwen, Tamikrest, Terakeft and of course, Imarhan conjures up a vision of a turbaned Jimi Hendrix, riding roughshod on a camel through parched sand dunes, slinging fiery, reverbed riffs from an upside down Fender Strat … you’ll have a gist of what image and vibe this music evokes.

The band’s set consisted of a balanced mix of songs from the self-titled first album and Temet. Particular highlights were an upbeat, stomping Imarhan (which translates to ‘The Posse’), the slower-paced Imuhagh, crowd favourite Tahabort and set closer and wildly frenetic Tumast.

A feature of this music is the constantly snaking lead guitar that follows verse and chorus vocals. The bass, drums and percussion on this occasion knitting perfectly together to provide a strong backbeat and rhythm. For a traditional set up of two guitars, bass, drums (along with a separate percussionist) it is actually starling that this bluesy rock music still sounds so unconventional and uniquely different.

There were let loose a few buzzing and stinging guitar solos towards the set end; whilst the encore included a pleasant duet between lead guitarist/vocalist and percussionist, which had a distinctly mellow calming and spiritual feel. The remainder of the band appeared for the rest of the encore, before bidding farewell to rapturous applause. In truth, it did take a while but the audience were well and truly won over by the band, by the time they exited stage.

When The Clash‘s Joe Strummer sang on the Give ‘Em Enough Rope album, ‘… you hear a Cajun fiddle, then you’re nearly in the middle of the last gang in town’, he’d not yet heard the rebel, resistance music of the Tuareg tribesfolk.

Had he have done, his line might well have replaced the fiddle reference with that of the imzad.

And as guest singer Iggy Pop says at the beginning of Resistance by Songhoy Blues, … ‘Goin to the Sahara baby’! 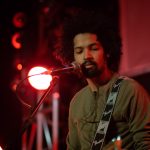 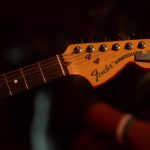 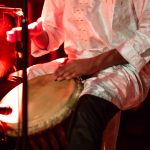 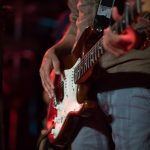 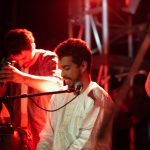 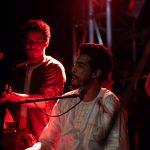 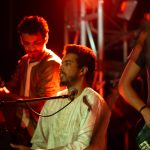 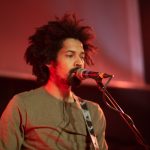