Jack Kerouac’s On the Road is a counterculture classic, Getintothis’ Roy Bayfield gets under the hood of the Beat Generation Bible.

Jack Kerouac‘s On the Road is the book that launched the Beat Generation, a counterculture Bible, a wild and joyous exploration of drink, drugs, sex, jazz and journeying, a burning quest for experience and a frequent entry in ‘books to read before you die’ and ‘greatest books ever’ lists.

On the other hand, it’s juvenile, sexist, plotless, repetitive, irritating and has encouraged a thousand bad first-person writers. And who cares what some drunk guy got up to with his mates over seventy years ago?

Without denying any such criticisms, there are still many reasons you might want to pick up a copy of On the Road and see why people find value in a semi-autobiographical story about travelling through America and into Mexico, intense friendship between two men, and living life outside of the norms of the straight world.

On the Road has had an undeniably huge cultural impact. For Bob Dylan the book ‘changed my life like it changed everyone else’s’, and many other luminaries cite its direct influence on them.

A spoken word tribute album in 1997 attracted contributions from artists as diverse as John Cale, Warren Zevon, Patti Smith and Lydia Lunch. OTR gave mass visibility to the subcultural streams that would coalesce into the Beat Generation, which in turn created currents that flowed into the sixties counterculture (see Gary Aster’s In Defence of Hippies for more on this). Vast areas of rock, pop and culture in general owe something to the impact OTR had back in the day.

Its influence extends into fashion and lifestyle: if you wear a pair of Levi’s you are living in its pages; if you put on a check shirt (assuming you’re not a cowboy) or drink an espresso in a coffee bar, you’re part of the culture that appeared in its wake. Millions of us are accidental beatniks.

But it is more about attitude than style, a sense of vast possibility, of having ‘nowhere to go but everywhere’, no limits. 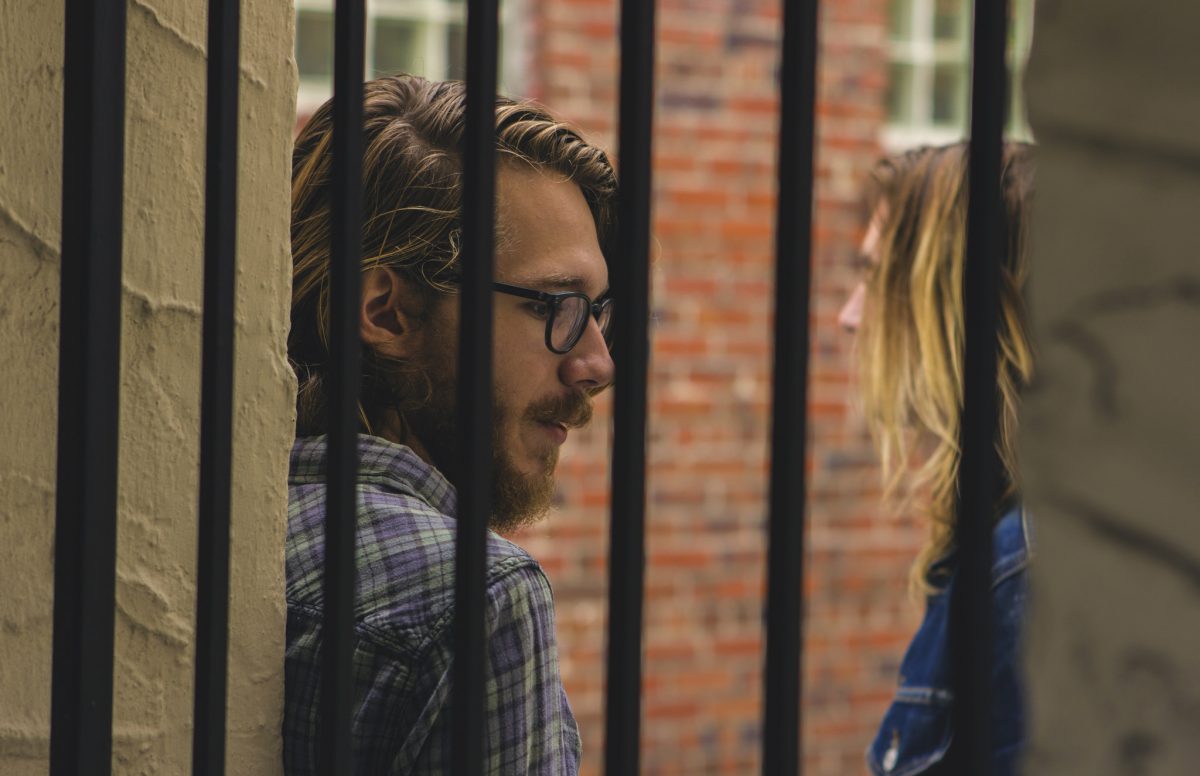 On the Road Goes Ever On: today’s ‘hipster basic’ look is a straight lift of the Beat style Credit: (c) Kyle Brammer CC BY 2.0

So what’s actually in the novel at the centre of these cultural ripples? As the title implies it’s a book about movement. OTR may not be the first literary road trip to traverse the US, but it sets the template for any open-ended journey in pursuit of intense experience. It is a kind of travelogue, as Sal Paradise (representing Kerouac himself) and Dean Moriarty (a mythologised version of Neal Cassady, a heroic inspirational figure for the Beats and, later, the psychedelic movement) undertake a series of feverish high-energy journeys across the American landmass.

In so far as there is a story it is one of intense friendship, the kind that grows between two individuals until they virtually share an identity, and that eventually changes and falls apart. It is also about having a freewheeling network of friends, the call to go beyond the given community of family and community to associate with people you find fascinating and absorbing, which in Kerouac’s case meant crazed and creative Bohemians.

A famous passage sets out the manifesto for this way of living: ‘[…]the only people for me are the mad ones, the ones who are mad to live, mad to talk, mad to be saved, desirous of everything at the same time, the ones who never yawn or say a commonplace thing’. 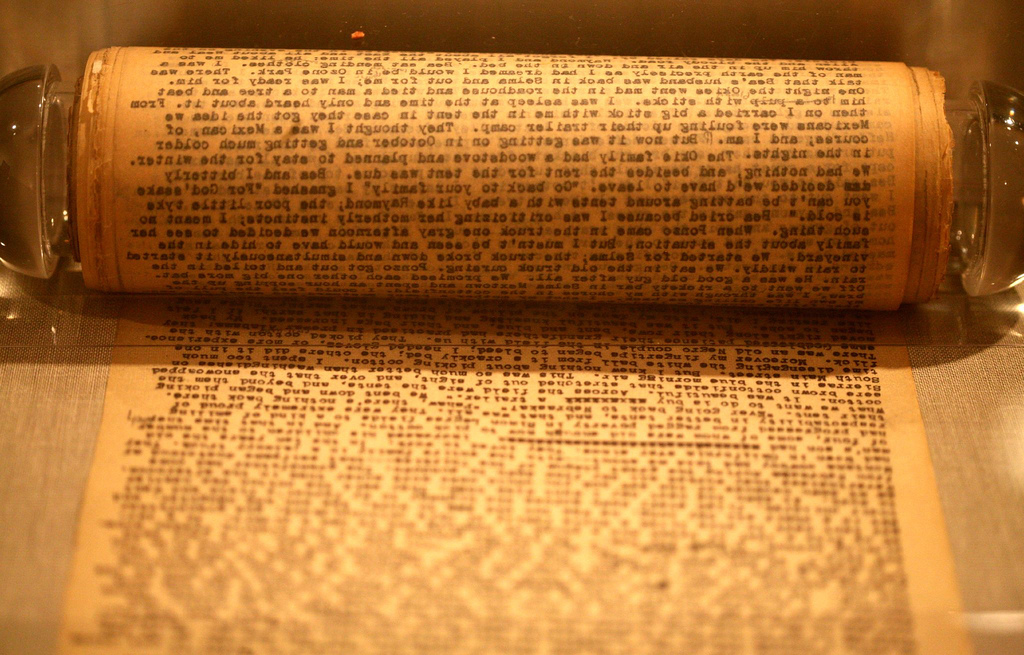 Kerouac writes in spontaneous prose, ‘following free deviation (association) of mind into limitless blow-on-subject seas of thought’ – writing as a kind of performance on the page. Famously, the core text of OTR was written in three weeks in 1951 based on Kerouac’s notebooks, typed on to a 120-foot scroll of taped-together paper.

However there were revisions made before it was eventually published in 1957, making this book less freeform and jazz-like than works written later such as Visions of Cody; in OTR Kerouac is finding his voice.

But even at this stage of his development he’s writing with a distinctive poetic rhythm and passages like the book’s closing paragraph are uniquely evocative.

All the jazz featured in the novel

The book is also a classic piece of music writing, infused with jazz as an ever-present accompaniment to the action of the novel.

Along the road characters listen to Dexter Gordon, Billie Holiday, Dizzy Gillespie and many more. There are absorbing, exuberant accounts of wild jazz nights, of performances by George Shearing, Slim Gaillard, Lester Young and Charlie Parker; Kerouac comments on the evolution of the form.

OTR captures the excitement of having an emerging musical genre as the soundtrack to one’s youth, forming a bond between friends and strangers, creating a shared and intimate world. And the writing itself is trying to be a kind of jazz with its onward rolling rhythms and breaking out into expansive gestures.

And this is also a spiritual journey, punctuated with strange and transcendent moments. On one level it is, as Kerouac wrote in a letter to a student, a story of two friends on a road trip looking for God, though there are hints of the Buddhism that he would explore more fully in The Dharma Bums, ‘innumerable lotus-lands falling open in the magic mothswarm of heaven.’

Yet the sublime ecstasies are always grounded in or contrasted with the joys and miseries of mundane existence, sometimes in the same passage. 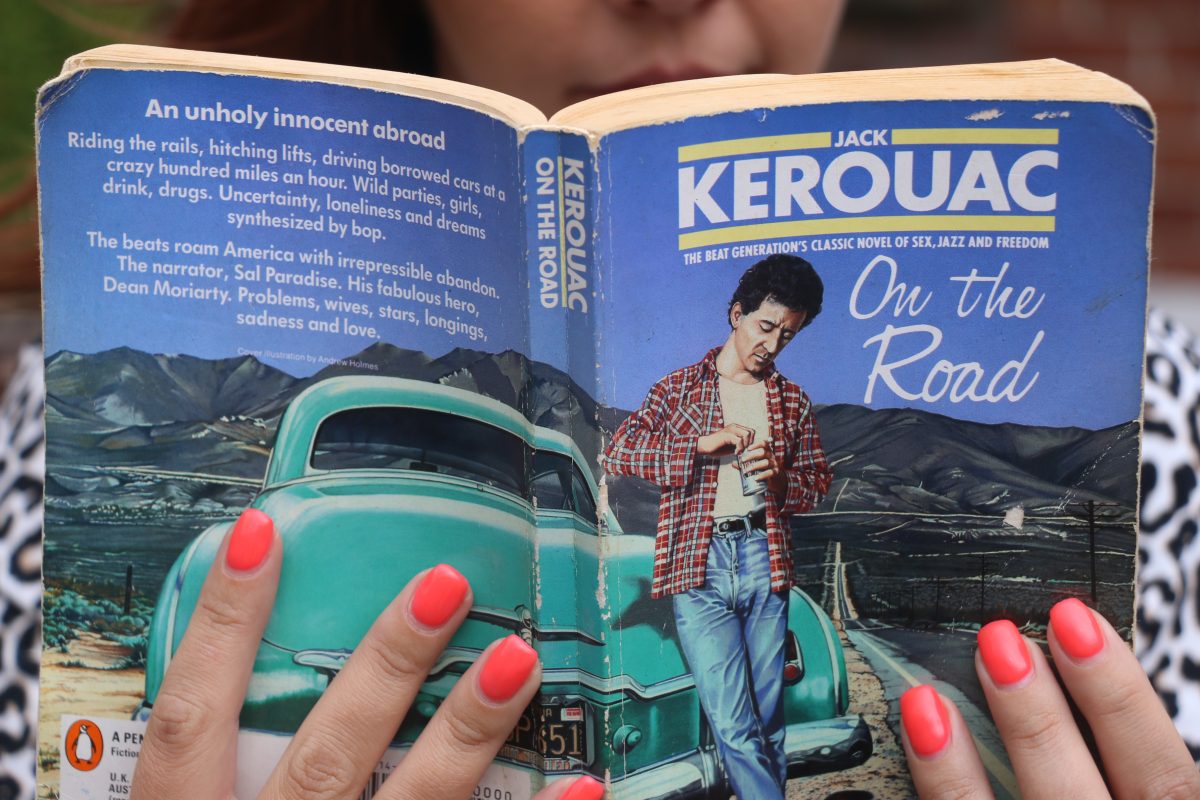 All of this could make OTR just an interesting period piece – a sentimental look back at the original hipsters, the kind of vibe you get in the sappiest of Kerouac-inspired songs. But that would be to diminish what the book can mean. Its significance isn’t in its features, cars-dope-jazz etc., but in its attitude to experience, a radical openness to exploration and connection, with a willingness to question everything. Ultimately that’s what makes it worth reading today.

21st century western society doesn’t have the same constraints as 40s and 50s America, but the forces that enclose us are no less real. The Beats were living in and responding to an uncertain world, and unfortunately we’re still living in that world – in fact the destructive threats from power and anti-life have only multiplied. So finding ways to live beyond the everyday illusion, to connect with reality, get with the people you love, maybe finding new ways of making art in the process – that’s vital stuff to do right now.

Doing it exactly like Kerouac, the Beats and the images of them in this novel would be absurd – this isn’t a book to look for role-models or heroes.

But On The Road is a potent and poetic distillation of how, for a brief time, a few flawed fools tried to actually live in a practical way as if every minute of life is precious.