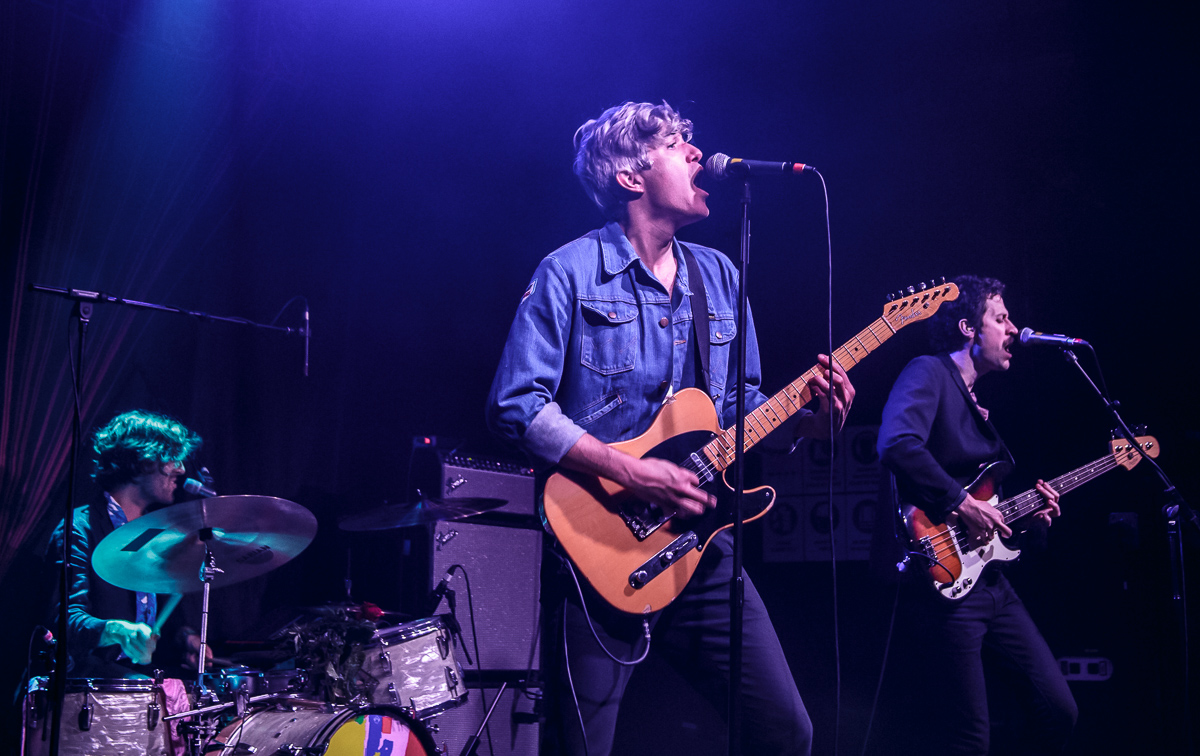 After 18 years and 7 albums, We Are Scientists are still bringing the goods and Getintothis’ Matthew Eland was partying like it was 2005.

There was a time, in the middle of the haughty naughties (just made that up), when all it took for you to get a record deal was to be a lad in a band.

Some of the beneficiaries of that last belligerent spasm of cash from the besieged record industry are still selling out stadiums (Arctic Monkeys). Some, who were in it for style over substance, and for contrived aura-making over art, are propping up the heritage-act circuit (The Libertines). Those who got too far into the bevvies are merely quiz show questions (The Klaxons).

We Are Scientists fall into a different category. They already had an album out when things kicked off, which stopped them freezing when it came to follow up their successful singles. They never fell too far into the gossip-columning of the NME, and kept on being a band rather than personalities.

@wearescientists I'm planning to go to one of your shows. Are custard pies and juggling balls (or plums!) now part of the act?, or is this fake news?. Ticket purchase will happen depending on response.

No, We Are Scientists took a different path. They simply kept on touring, and writing and releasing albums.

It’s fair to say that none of these records have set the world alight. Solid and well-crafted, yes, but not exactly pushing the limits of the medium. Another frustration is that none of their trademark humour ever makes it into the lyrics; you’ll find none of the droll deadpanning of their live show, or even anything approaching a witty observation. Perhaps this is a good thing; they might be wary of overdoing it.

It was thus with some trepidation that we embarked to the Arts Club. Would we find a band stuck on the mid-level touring circuit, sticking to their hits to enable a room full of thirty-somethings to relive their youth?

It turns out, joyfully, that We Are Scientists care about none of this. Keith Murray still jumps about with gleeful abandon; bassist Chris Cain holds it all together with wry detachment; session drummer Keith Carne grins away in the background. (Side note: is this the only band in history to have two Keiths?)

Immediately striking is the easy grace with which they interact with each other; Murray frequently takes to his knee, microphone in hand, to serenade Cain; the pair frequently have to hold back laughter. That the bromance has survived after nearly two decades of touring, and that they’re not throwing claw hammers at each other or spiking their drinks with bleach, is testament to the temperament of these easy-going, amiable men.

Also, the age range of the audience is wider than hoped for. Yes, there are a few thirty-somethings around wondering where the time went, but there are also older people who aren’t arsed about any of that, and much younger people who were probably still in primary school when you were up the road puking in the bogs of the Blue Angel.

The band, for their part, look almost exactly the same. Time’s withered hand has only seen fit to draw its knarled knuckles through the hair of Murray, whose premature silvering has intensified. He looks like a hipster Father Ted.

2005 flashback The Great Escape is second song in; the easy synchronisation of their vocal harmonies is testament to their years of touring. Chick Lit is a reminder that some of their best material isn’t just from that year, while It’s A Hit gets the earliest of the big cheers.

We’d wondered about how the synths of the Carly-Rae Jepsen-channelling poppy numbers such as No Wait at Five Leaves and Heart is a Weapon would translate to the live environment, but luckily the backing tracks don’t detract from their power-trio energy.

The improvised, quasi-standup banter lacks a bit of spontaneity this time, but their efforts to retrieve their roadie’s stolen wallet get some giggles when a lad in the front row offers them his; Chris Cain immediately pockets it.

After Hours is their biggest forgotten hit, and here it’s a blessing that humour doesn’t detract from the sincerity. The biggest song though is Nobody Move, Nobody Get Hurt, which gets arms round shoulders and people bouncing.

I think she likes her new @wearescientists bag, can’t really tell. It’ll be full of biscuits in no time! pic.twitter.com/rewlG9ltjc

There may be gaps in the crowd, but this is no nostalgic trip down memory lane; this is an experienced band delivering the goods on a Saturday night. It’s good to see a group still around from that era who have retained some of their youthful enthusiasm, and who aren’t just phoning it in. 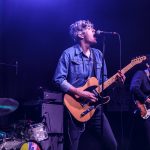 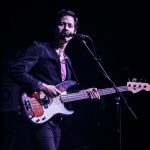 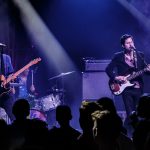 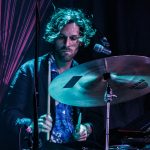 We Are Scientists – Photographer : Mike Burns 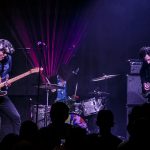 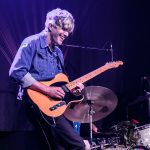 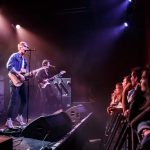 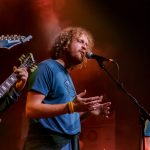 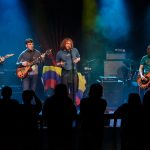 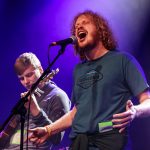 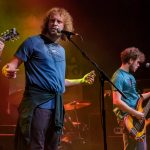 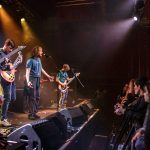 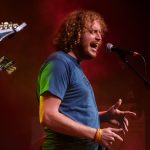