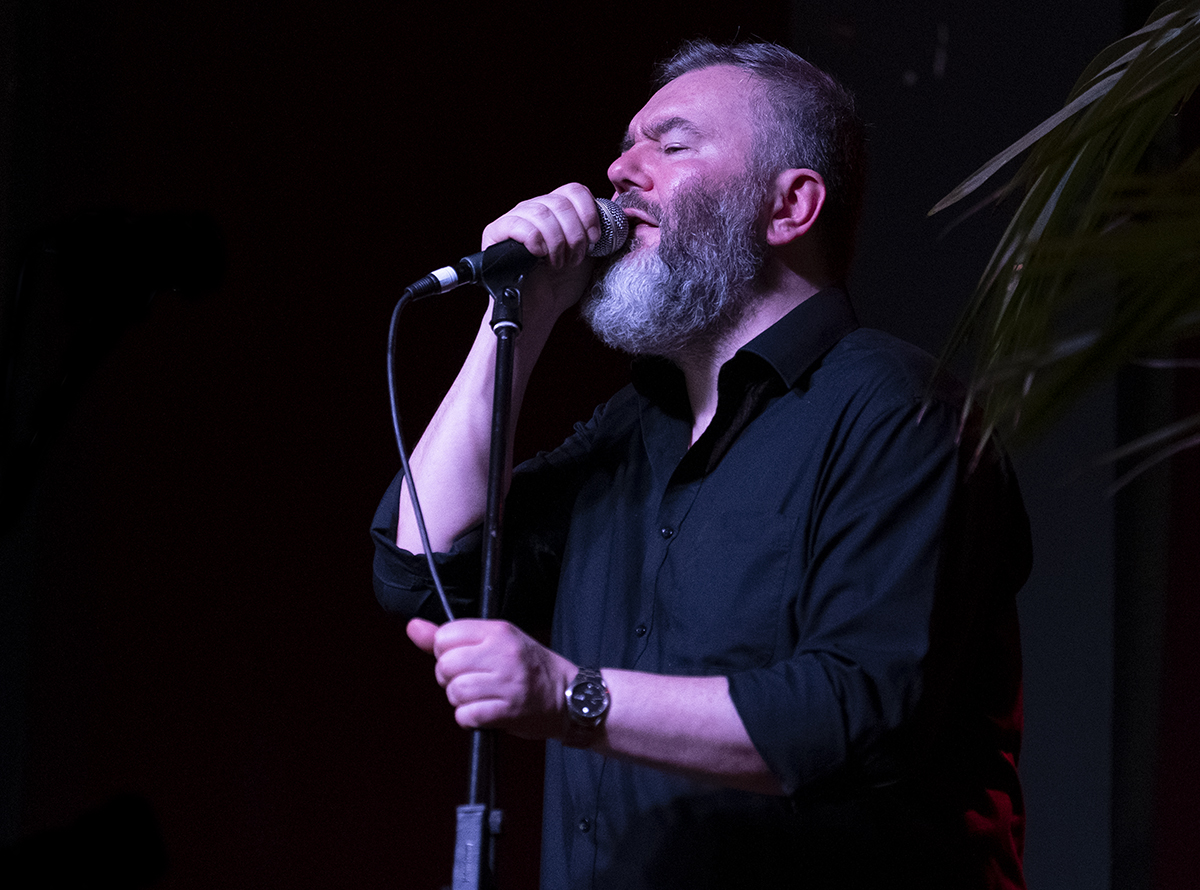 Aidan Moffat and RM Hubbert brought their cinematic noir songs to Liverpool’s Leaf and Getintothis’ Banjo witnesses his favourite gig of the year.

Best known for his work with Arab Strap, Aidan Moffat is something of a restless soul.

The list of his releases and collaborations is long and complex, taking in solo material under his own names and others, a handful of groups and guest spots galore. He even found the time to write an agony column for The Quietus for a few months.

Tonight, Moffat and RM Hubbert share the stage with two supports. First up is Liverpool’s own Dan G Wilson.  With an acoustic guitar and backed up by a superb multi-instrumentalist, Wilson delivers a set of finely crafted songs. We try to reach for comparisons, but each song differs hugely from the next.

One moment we are reminded of Johnny Cash, the next The Decemberists. If we had to label his music we would say it was based on pre-rock n roll era Americana.  But then we may change our minds with the next song.

Next up is Jenny Reeves performing a solo set of her band Strike the Colours songs. Never having heard Strike the Colours before, we struggle to think how these ethereal, haunting songs could be bettered by having more instrumentation added. Reeves has a beautiful voice and her sympathetic guitar lines are the only backing she needs.

Aidan Moffat and his band wander on to the stage and gently start their first song. His voice is deep and sombre and he takes his position at centre stage. To his right there is a single floor tom and a cymbal set up that is used sparingly on occasional songs and is lightly played with brushes or beaters.

His collaborator on this tour and new album Here Lies the Body is RM Hubbert who plays some of the loveliest guitar ever heard. His left hand forms impossible chords and his right plucks the strings with the deftness of a classical musician. Occasionally he also taps his fingers against the body of his guitar to add almost flamenco percussion. Jenny Reeves is back on stage, adding violin and backing vocals to a sound that is already almost overwhelmingly lovely.

Arab Strap’s songs tended to have a fairly seedy confessional thread running through them, focusing on unhealthy/unsavoury sex lives largely carried out under the influence of drink and drugs. Aidan Moffat develops this story telling and reveals himself to be a master of the art.

A lot of Moffat’s songs are actually spoken word, set to beautifully picked guitar and sometimes violin. Listening to his songs is like being read a story or listening to a play, pictures form in the imagination and the song’s characters come to life in our minds.

By the time a song finishes, it is easy to feel like we know these characters, or have at least been eavesdropping on their lives for a moment. There is a dark beauty to these tales, they are not stories with happy endings. Moffat’s lyrics may have moved on from Arab Strap’s brutal confessionals, but he has not strayed too far into the light.

One that does stick in the mind is a tale of a girl who returns to her home town, ‘with the street, with the house, with the bedroom, with the bed, where she lost her maidenhead, as her grandmother would have said.’  The new album’s lyrics are almost cinematic in their scope, but the film they conjure up is in black and white, its characters beaten, bowed or bloodied by life.

The darkness of the lyrics is thrown into sharp relief by the between-song banter, where Moffat and Hubbert prove that, if their musical muse falters they could earn a good living as a double act. Jokes and observations about tea towels, large pillows for pregnant women and the perils of eating Mexican food elicit howls of laughter from the audience and lift the mood, only for the next song to start and Moffat’s basso profundo voice to deliver another exploration of the lower ends of the human psyche.

They encore with a version of Yazoo’s Only You, and even with this blast of 80s pop, their performance drips with pathos as they find the dark heart at the song’s core.

Far too soon the gig is over. Personally, we could have listed to this all night. Aidan Moffat and RM Hubbert created something truly astonishing tonight.

Gig of the year, no question. 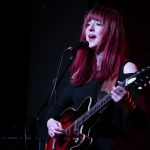 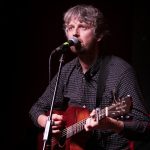 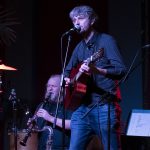 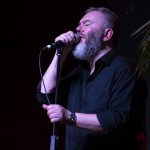 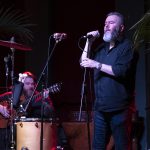 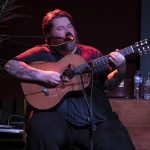 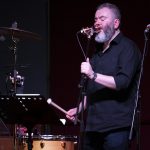 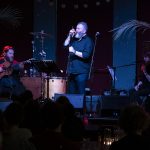 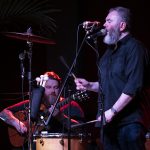 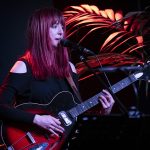