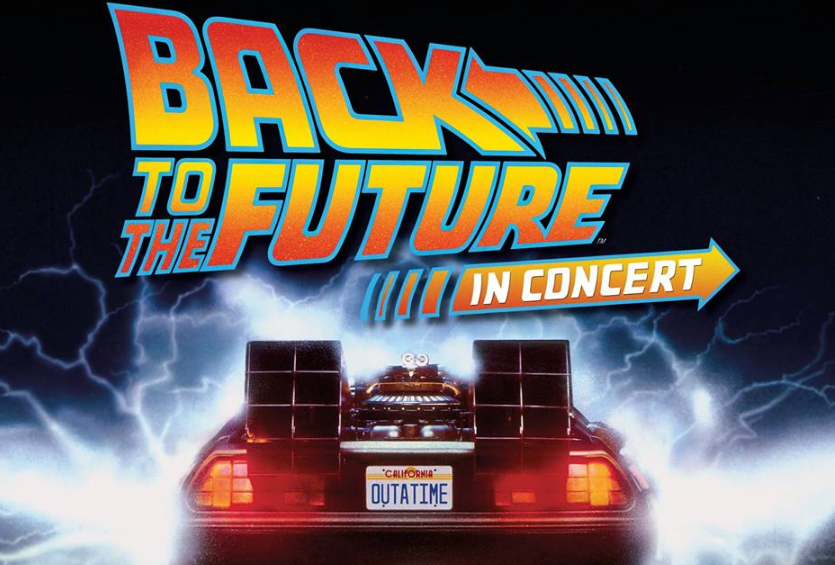 Flying us back to 1985 and 1955, the iconic 80s classic Back to the Future will land in Liverpool next spring with a special orchestral addition, Getintothis’ Nathan Pang reports.

To celebrate one of cinema’s most timeless science fiction adventures, special screenings of the first instalment of the Back to the Future trilogy will be held, featuring Alan Silvestri’s dazzling score performed live in sync by the Czech National Symphony Orchestra.

The iconic Robert Zemeckis directed film was the highest grossing of 1985, and secured a legacy with two sequels in 1989 and 1990. It will play alongside the orchestra, on Liverpool’s Philharmonic Hall Walturdaw screen, allowing the audience to enjoy a breathtaking combination of film and music.

There’s an extra treat too, the event will also feature twenty minutes of additional music, specially composed by award winning composer Silvestri, written for the film’s 30th anniversary and performed live by the 69-piece orchestra.

The tour of Back to the Future in Concert begins on April 13 in London, materialising from a trail of fire at the Liverpool Philharmonic Hall on Friday, April 19.