GZA will play a rare gig in Liverpool

GZA, aka The Genius, is to play his seminal hip hop classic debut album Liquid Swords plus Wu-Tang classics, on Saturday April 13, 2019 courtesy of Bam!Bam!Bam!

Regarded as one of the game’s finest lyricists, GZA last played Liverpool in 2012 at the O2 Academy following on from a colossal gig at The Kazimier the previous year.

His links with Liverpool extend to a bizarre hook up with Kop legend Ian Rush – take a look at our picture exclusive.

His career is a seemingly endless list of stunning accomplishments, from founding Wu-Tang Clan, to releasing Liquid Swords, to lecturing at Harvard University and providing the backbone of some of contemporary hip hop’s finest moments. 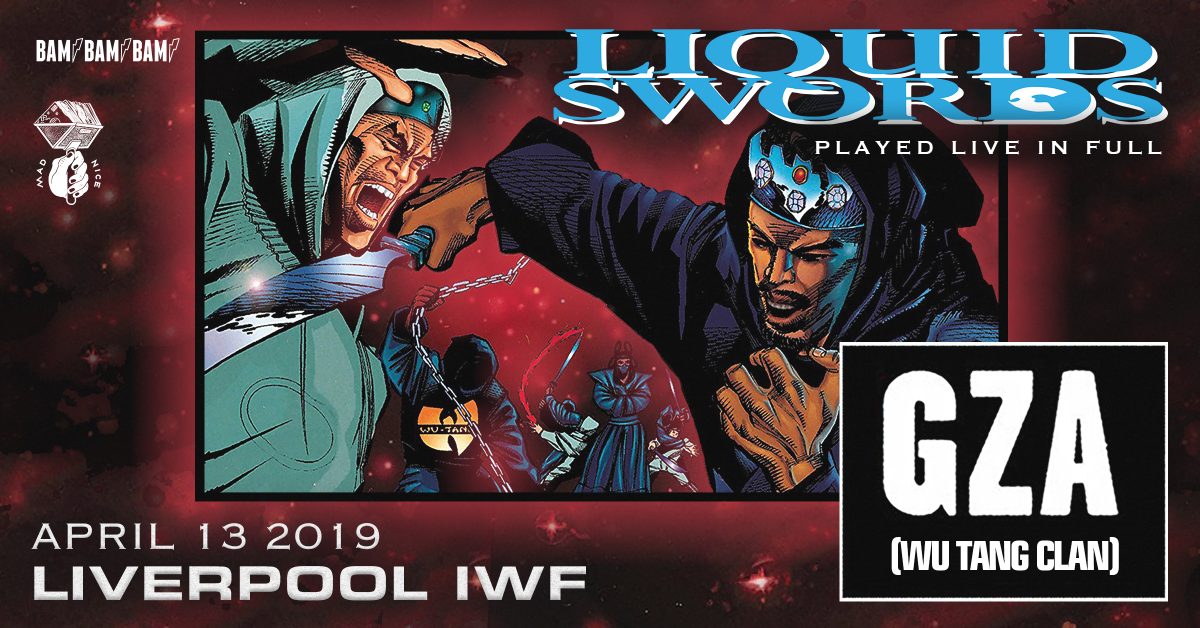