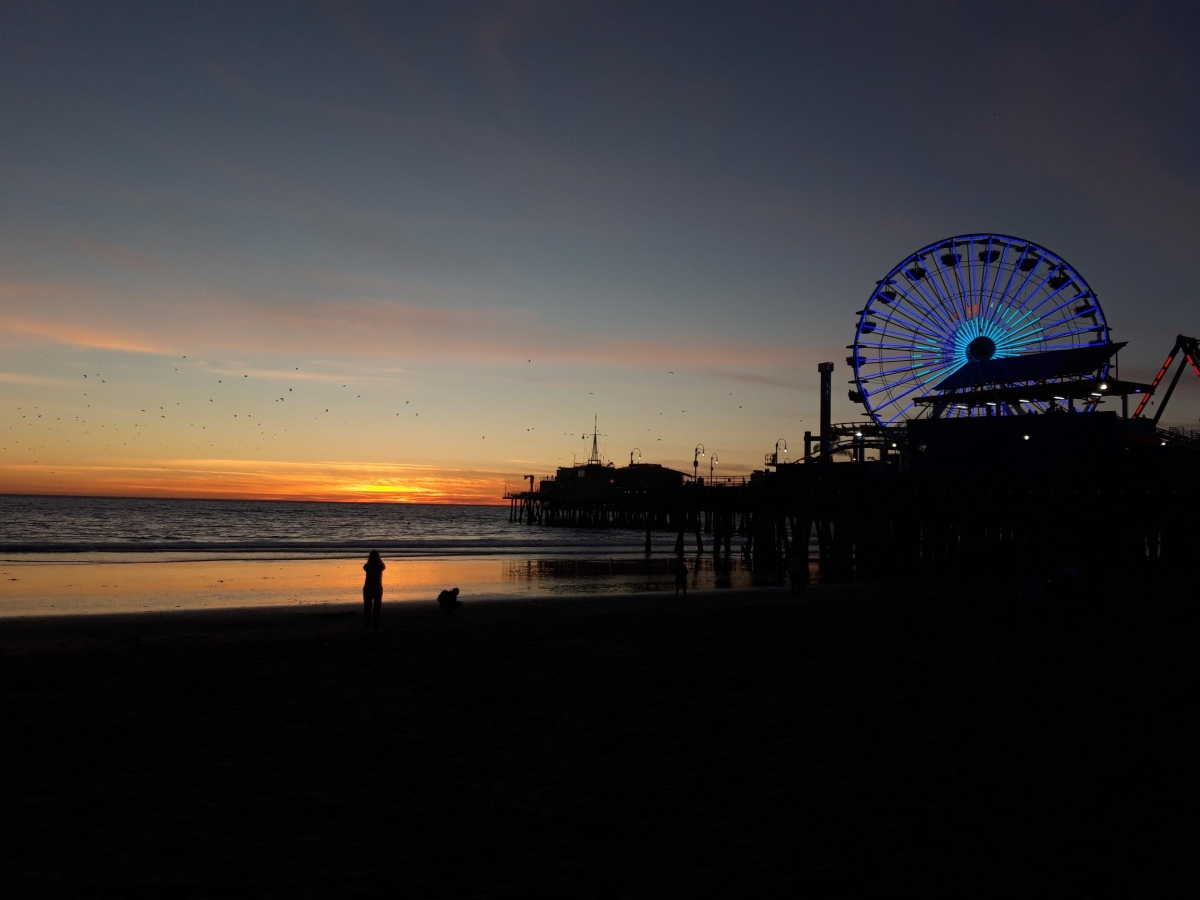 Heading off the to the States to promote new single It’s You, Getintothis’ Naomi Campbell sends us a letter from America, calling at New Orleans, LA and the famous Bluebird Cafe.

It’s pretty tricky packing for a trip covering two completely different extremes of weather but at least I had a phone with a camera that actually works, a new single to promote and a list of destinations.

With recording sessions lined up and a few contacts here and there I was on my way to LAX with a lot less cash than there should’ve been in my pocket and an earful of Tom Petty and The Heartbreakers to send me off.

Santa Monica Pier is much like a postcard that’s never changed from its original form with rust covered walkways and barely functioning amusements. I found my busking ‘spot’ at the top of the Pier where queues for the perfect Instagram shot are formed.

Here I quickly found myself at home with my acoustic guitar, some amplification and the Churro-selling lady across the road. Among the happy families who would send the little one over with a dollar and the snap happy tourists I became familiar with the friendly faces standing close by who would give a dollar to hear their favourite song.

In another world, Downtown LA features all the glamour and flashing lights of a lively city. To join in on the excitement we purchased some last minute tickets to an LA Lakers basketball game since the legendary LeBron James was playing.

Once inside the STAPLES Centre stadium we were met with an impressive display of promotional videos and interviews, an all-singing, all-dancing cheerleading performance and a close up of the front row celebs featuring an unassuming Will Ferrell. There was a game of basketball in between all of that somewhere I’m sure.

After spending three weeks at our friend’s student accommodation at the prestigious University of Southern California introducing us to tailgates, College Football, skateboarding and two gigs at the local Irish Pub – The Irish Times, we were ready for our next stop.

Travelling from LA to New Orleans had a refreshing quality similar to shaking off a hangover from the weekend, not that there were any detoxes going on here.

With a significant drop in the cost of living, and soothing jazz around every street corner in the French Quarter it was difficult not to settle down and relax with a ‘Hurricane’.

The rum based cocktail is a local favourite, and dare I say a little more appealing than the recommended dining experience, Alligator.

Thankfully our accommodators at the cozy India House Hostel greeted us with a friendly house chef who cooked us up specials such as chicken gumbo and sausage french toast. 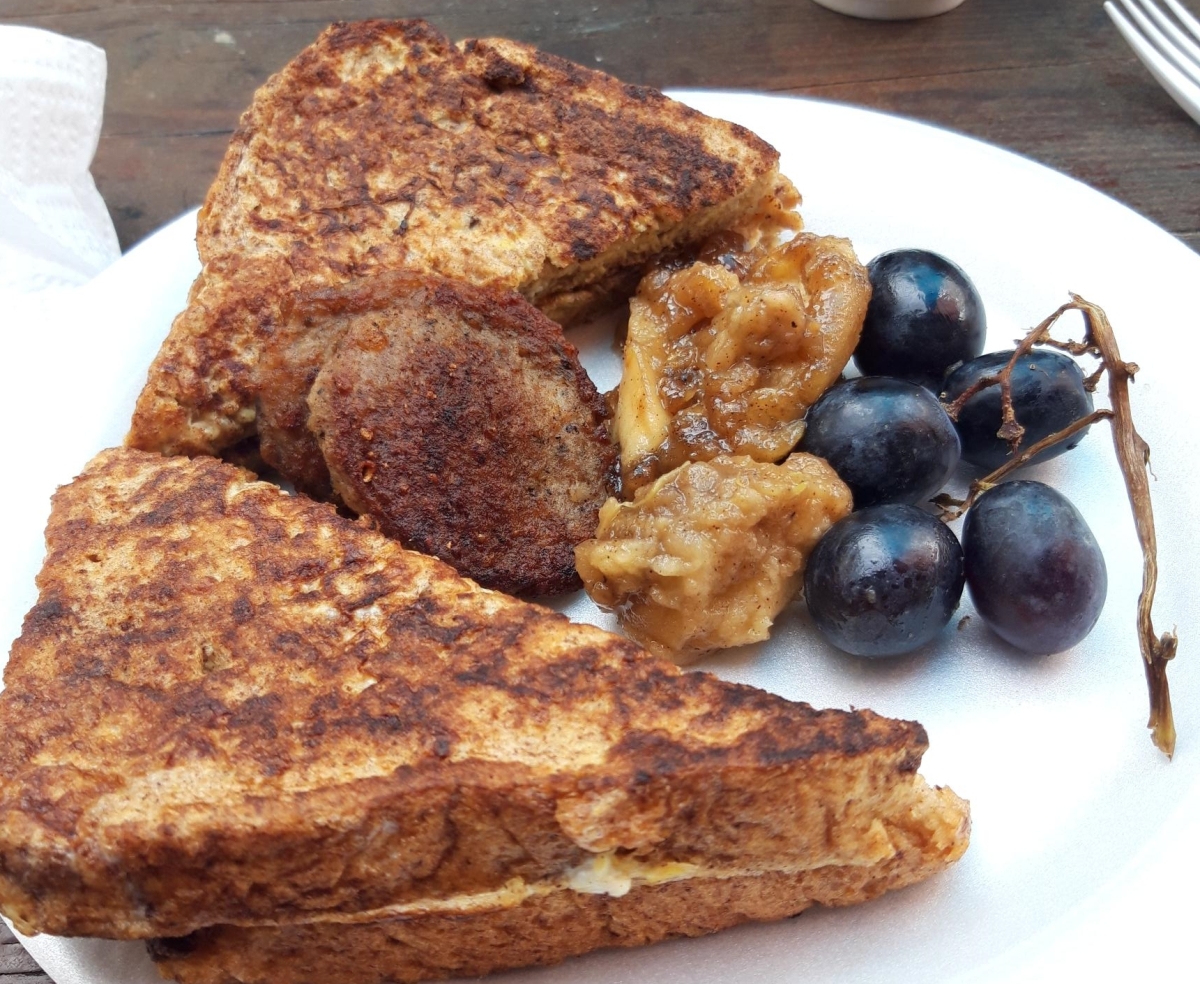 As the sky became darker the lights of Bourbon Street came to life making way for tipsy tourists who were able to enjoy their beverages on the street in a festival-style atmosphere buzzing with hen parties, Christmas holidayers and backpackers like us.

As we joined the locals on the balconies we were met with the tradition of ‘throwing beads’ where those passing by down below would show off their assets in return for the beads. We didn’t manage to lose any beads, or gain any either for that matter.

Feeling the itch to get back on stage ourselves we headed down to Buffa’s for Open Mic night where we joined an evening of intimate performances. The quiet, dimly lit room provided the perfect setting for the debut stateside performance of my new release ‘It’s You’. With the first of many open mic’s ticked off the list we were ready for our next destination, but not before coffee and Beignets, a sugary delicacy from the world famous Cafe Du Monde.

As this was my second time visiting Music City I wasn’t going to miss another chance to play at the world famous Bluebird Cafe.

After 30 minutes of voicemails we made it into the line up with 24 other successful artists. At 5.45pm after a short wait outside in the cold amongst a nervous, excitable sea of musicians and their instruments we were in and seated at dainty, old fashioned tables where we were given a friendly but prompt introduction by our host.

As a 90-seat venue the packed room made for an intimate, relaxed evening.

With business cards and contacts galore we were set for a full week of Open Mic nights and songwriter rounds to follow similar to The Bluebird but they weren’t all as smooth sailing.

Douglas Corner Cafe boasted an impressive 60+ line up leading to a painful seven hours wait but an invite from another performer to play at Melodica Reykjavik festival in Iceland took a little of the edge off.

Cafe Coco, another local favourite had a friendly laid back atmosphere similar to that of Liverpool venue Sound Food and Drink.

With venues hosting live music all day every day and many of them covering three floors we thought we’d get in on the action.

After making our way to ‘audition’ at the famous Tootsies, a Saturday tradition from 2-6pm, we came prepared for what we excepted to be a private affair only to discover a live band on stage, a wild crowd, and a short list of names on a sheet of paper entitled ‘open mic’.

After some encouragement from locals we jumped on stage and played a few songs each with our accompaniment. Needless to say we’re still waiting on the call…

All the excitement of song keys and ‘honky tonk’s’ built up our appetite so we followed the trusty advice of our Hostel receptionist to Jack’s Bar-B-Que located on Downtown Broadway. The smells of smoked meats filled the air as we enjoyed home-style corn, mash and their famously delicious corn bread. 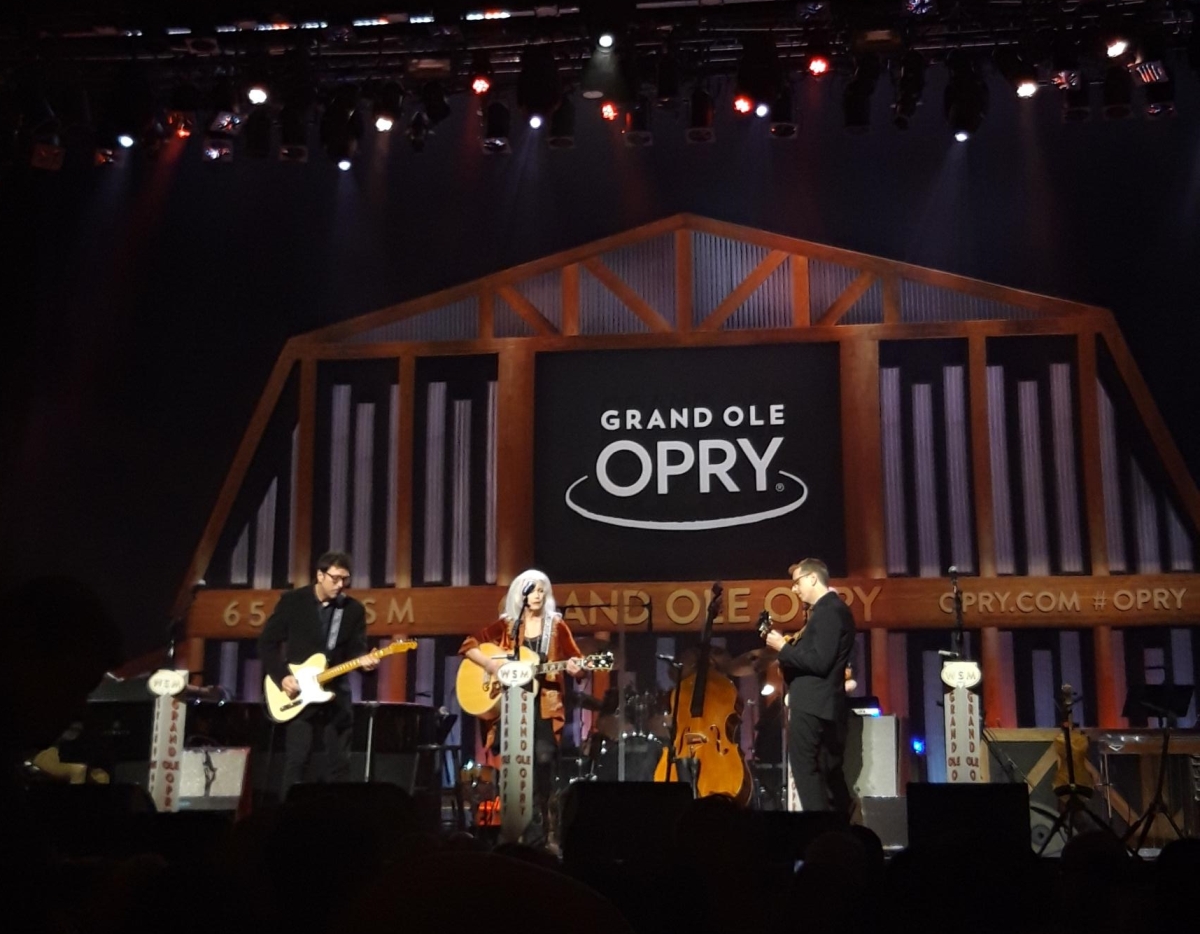 After a weeks stay in our home studio Air BnB complete with an impromptu recording of the Christmas classic O Holy Night with our host on production duties we ready to leave Nashville.

Finishing our trip in style we opted for a night at the original Grand Ole Opry known as the Ryman Auditorium. With our fresh Cowboy hats in tact we made our way to the Friday night show feeling pretty smug with our last minute $20 tickets.

With guest hosts and compering throughout the show we were taken back into an old TV sitcom style show complete with a live radio broadcast and church style pews.

As we make our way into our sixth week travelling I’ve discovered the heart and soul of three unique cities where there is something for everyone. Los Angeles with its traditional record shops and impressive music stores such as Guitar Center, the historical Sunset Blvd in all it’s 80s glam rock glory and the countless session musicians and stringed instruments down South where ‘It’s You’ felt right at home.

Next stop, Boston. Time for the thermals.