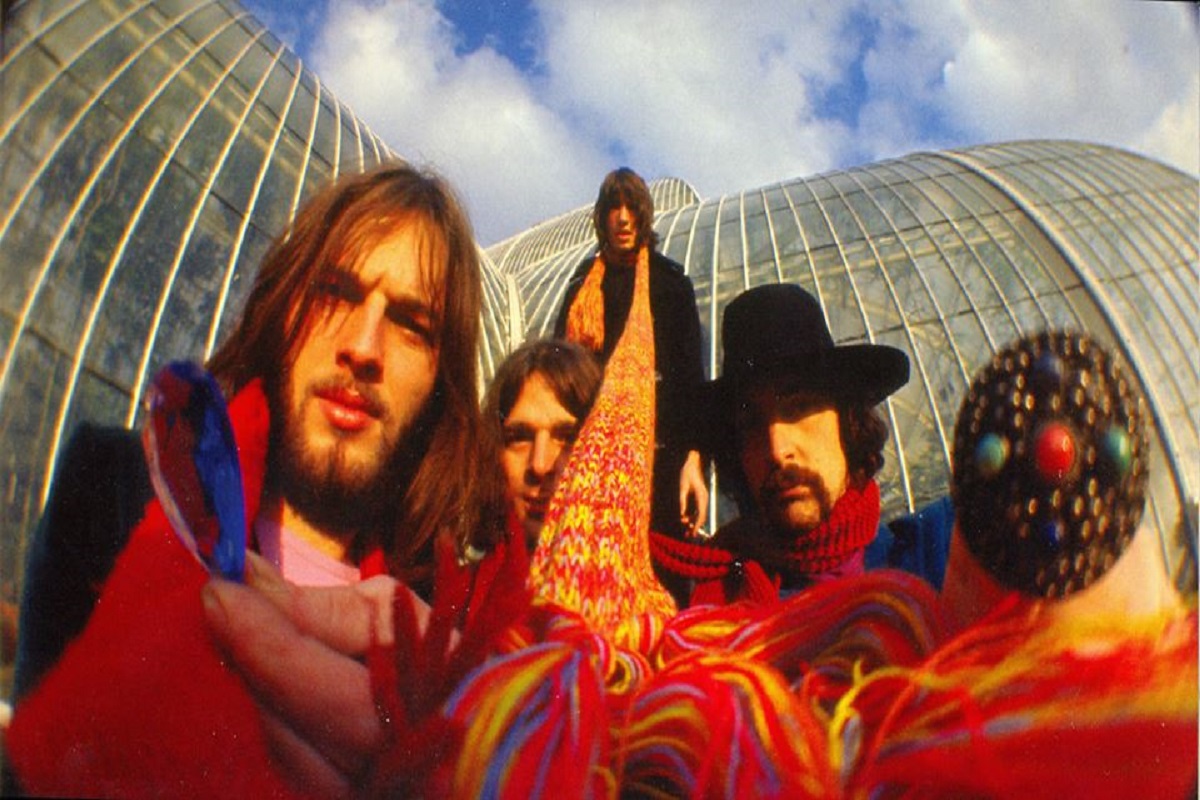 Water, water, everywhere… and still nobody has wrote a top 10 on it, Getintothis’ Ryan Craig takes on the challenge to reveal the top pickings.

Ah, the sea. Forever unaffected by any kick of a ball or goalkeeping mishap.
Those words being my inner thoughts as I stood on the windy coastline of Formby beach, the day after Liverpool lost the European Cup final for Ol’ Big Ears – also pondering if I should go a swim while donning a hefty pair of concrete shoes.
Fortunately, I did not succumb to my latter thoughts, as I instead found myself in a state of wonderment for this great big blue in front of me. How often can you simply gaze upon emptiness? A true blank canvas. The sheer vastness. The sky inseparable from the sea, in turn, inseparable from any land or ships. Deep.
It sounds like some hippy-dippy bullshit, but the Blue Mind theory is a legitimate real thing. For those not in the know, in short, water is good. So good that it has the ability to shift our brain into thinking, hey, relax, thing’s aren’t that bad after all.
There are many articles and videos that explain it all so much better than my GCSE grade C English ever could. I’ll allow you to test out your Google skills by yourself.

So, in dedication of this wonderful, essential, yet sometimes frightful thing we call water, we have top 10 songs for you to wash over.

10. The Lumineers: The Dead Sea
Oh I do like to be beside the seaside… was clearly NOT the inspiration for this song. Deep, dark, and dismal, all in the best ways.
A track that bounced in and out of this top 10, but here it is. Admittedly, I’ve never paid too much attention to the Colorado crew, however in the end, I found it too compelling to ignore.
The bittersweet tale of from The Lumineers, though intensely gloomy, has obvious uplifting undertones. To say someone is like the dead sea is essentially saying they’re there to keep you afloat – never to sink at their side. You know, because of salt ‘n’ stuff.
9. Parliament: Aqua Boogie (A Psychoalphadiscobetabioaquadoloop)
A fantastic funk frenzy for fully fledged funkateer fanatics. That alliteration took more time to think of than this entire article.
Parliament tie into our ocean theme in more ways than one, also known for their “underwater shows” consisting of ride-able seahorses and starfish, a huge pterodactyl attached to the roof, the air-blown curtains made it look like rushing water waves, and of course, a row of mermaids laying on the beach rocks moving their body tails to the beat.
What a time to be alive.
8. Deep Purple: Smoke on the water
Yes. Everyone’s first ever guitar riff. How could I not?

What can be wrote about this single that hasn’t already been written? The song has been used in countless, TV shows, films, games, and even has its own Guinness World Record for 6,346 guitar players playing the famous guitar riff simultaneously.

You know it, I know it, every man and his dog knows it. Let’s move on.

Perhaps TLC‘s second most iconic song – but by far their best. Featuring water with the use of a metaphor about chasing things or people that will eventually lead you to harm, TLC really went to town in bringing light to some quite serious matters.
In the words of Rozonda ‘Chilli’ Thomas, “The song made us much more relevant – not just a fun girl group. We were bringing awareness to subjects people were nervous talking about. It was groundbreaking for us: from then on, we were seen as the real deal.“
If you are to watch any video listed in this top ten, do make it this one. The video helps transform a catchy, singable R&B song into real life concerns that plagued the 1990’s.
6. Genesis: Home By The Sea
Lyrically, the song is about a burglar who breaks into a house only to find it’s haunted. The crook is then captured by the ghosts, who force him to listen to their stories for the rest of his life. If these stories are sung by Phil Collins’ Genesis, then he surely got off lightly.
Either way, Home By The Sea helps conjure up an image of a haunted house on top of a cliff –  and that’s exactly what Tony Banks wanted when Phil Collins came up with the title.
Sometimes the sea can offer the greatest of backdrops to some eerie scenes.
5. The Beach Boys: Sail on Sailor
Best described as the favorite Beach Boys song you’re yet to hear. Featured on the aptly named album Holland, Sail on Sailor was actually so good it was released twice as a single, firstly in ’73 and more successfully in ’75 when it peaked to a lackluster number 49 in the charts.

Diving more into the media usage of the song, many of this generations first hearing of the song – including this writer’s – would likely have been in the background of Martin Scorsese‘s The Departed, you’ll know the scene. Although not Scorsese‘s best piece of work, that spot undoubtedly goes to Goodfellas.

4. Pink Floyd: Marooned
Somewhat clutching at straws here, as this instrumental piece makes no mention of water, sea, ocean, or anything at all really. But there doesn’t need to be a blatant reference, the sounds of seagulls chirping positioned with waves crashing ashore, do all that for you. Elevating you to your own secluded, uninhabited piece of land, perhaps different than anyone else’s imaginative fake island.
The video itself begins with time lapse shots from the ISS, hovering safely over our blue planet, with greater views of our waters than even the most picturesque beaches of the world have to offer. Cue Carl Sagan’s Pale Blue Dot speech.
All further proof that even without Roger Waters‘ (hah, water) huge creative input, Pink Floyd were still Pink Floyd.
3. Jimi Hendrix: 1983… (A Merman I Should Turn to Be)
When being interviewed back in 1969, Hendrix spoke about the significance of the track to be “something to keep your mind off what’s happening… but not necessarily completely hiding away from it like some people do“. A quote that also fits nicely for my jibber-jabber intro relating to the ocean. Or on another scale, music itself.
Note that the actual song is absolutely nonexistent on YouTube, or anywhere other than a paid streaming service, so instead a behind the scenes video will have to suffice.

There seems to be a lot of needless hate floating around for this song. Perhaps solely because of Ringo (understandable), or the childlike scenario and lyricism of it all. People ready to tell you how shit it is the instant you say the words “Octopus’s Gar-“.

I, for one, enjoy it. Behind the daftness of it all, there seems to be something a little more. Lyrics such as “resting our head on the sea bed” and “we’ll be warm beneath the storm” imply an octopus’ garden is the perfect hideaway to take refuge from the storms that can often break over our personal worlds.

The birth of this little number came when Ringo, aboard a boat, ordered classic fish and chips but instead received squid. Okay, first of all, who gets a simple order for fish and chips wrong? After being told about how octopuses travel along the sea bed picking up stones and shiny objects which to build gardens with, ta-da, the cogs turned in Ringo’s mind and track 5 on the famous Abbey Road album was forged.

1. Otis Redding: (Sittin’ On) The Dock Of The Bay
Inevitable, right?
Recorded only 3 days prior to Redding‘s death, upon release, the song was immediately set on an upwards trajectory to still be a part of popular culture even today.
The importance of the song comes down to more than a mere water theme. Redding died five months before Martin Luther King, Jr. was shot in Memphis, where the track was recorded. Amid the angry racial tensions, The Dock of the Bay stood out as an integrated collaboration of musicians in a segregated city.
Songs featuring words about about water are clearly in abundance, and no doubt there will be complaints at the lack of mention for the likes of Echo and The Bunneymen, Arcade Fire, Manic Street Preaches, Bruce Springsteen, Björk, etc, who all have their own tracks about our beloved blue liquid. But this really is just a personal reflection simply of songs I enjoy.
Side note, please appreciate I resisted the urge to add any Frank Ocean/Billy Ocean songs simply for name alone.