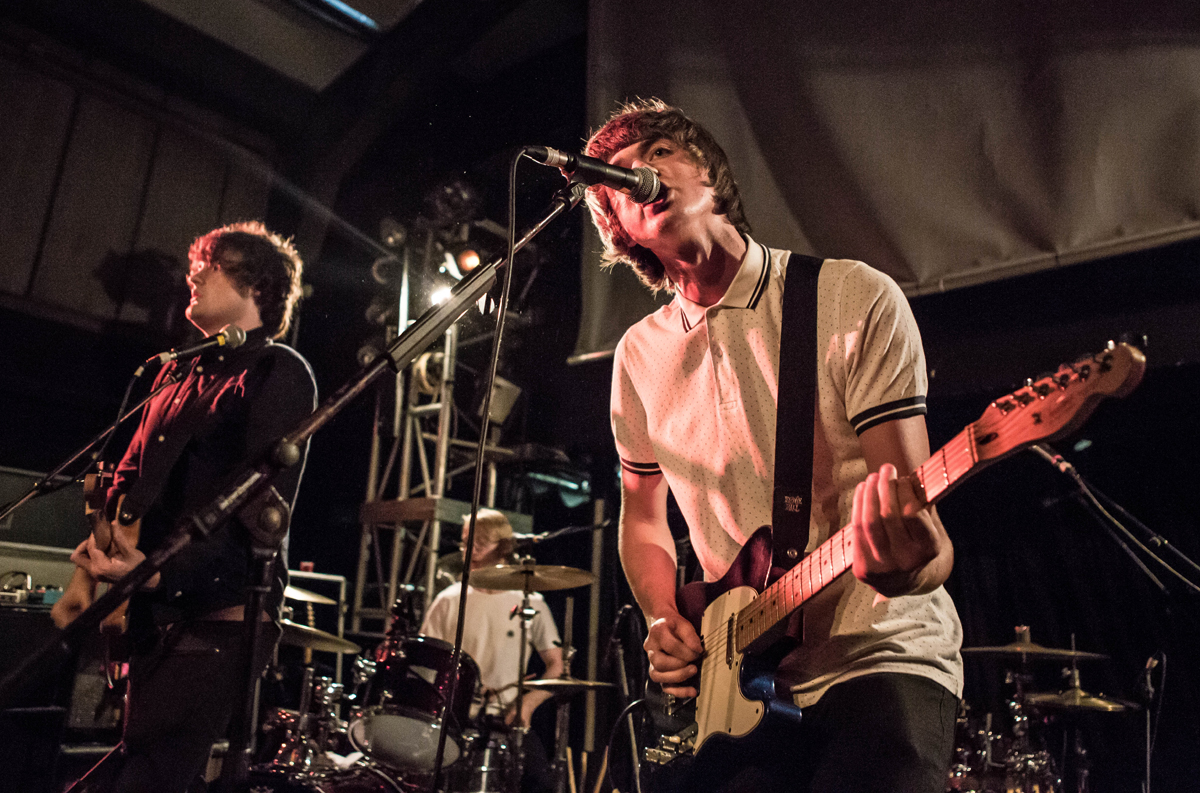 The Racket enjoyed a busy 2018 and Getintothis’ Amos Wynn caught up with the band to discuss their first tour and their plans for the future.

The Racket have enjoyed an excellent past 12 months , with plenty of positives for the Widnes band as their stock continues to rise.

Following on from their first single, Faded Days, in 2017, the band treated fans to new new track Know It For a Fact back in September.

They also supported Louis Berry at his hometown show, as well as enjoying two weeks on the road as part of their own debut headline tour during the summer, which finished with a stellar show at Liverpool’s EBGB’S.

Front man Callum Codd says it was a ‘boss‘ experience playing in a series of different cities.

Guitarist Mike White adds it was “a good way to see the country as well, and going places you normally wouldn’t visit. Why would we go Bristol? But it is awesome.”  Jokingly bassist Colby O’Sullivan states, “I would go back there, but you wouldn’t take your girlfriend to Birmingham.”

Callum says the tour was “very different” to what they were previously use to.

“We’ve gone from playing a load of mad gigs at home; to playing in Sheffield where no one know who we are and are seeing us for the first time.” 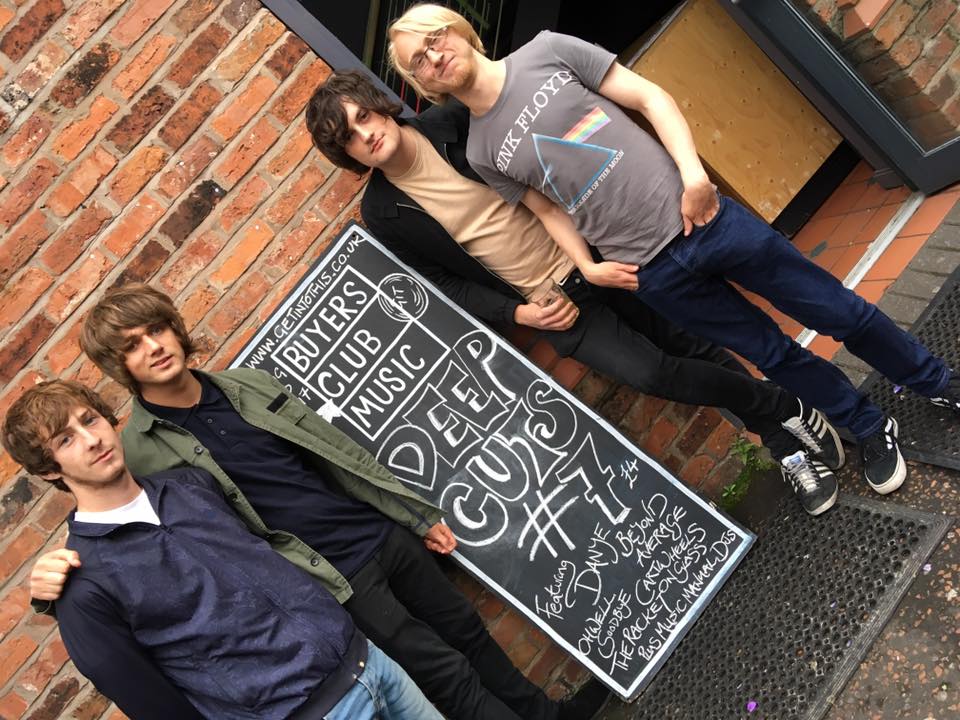 The first night of the tour in Leicester, Mike says “the room was empty, we played to the bar staff, but we played the best we have ever played.”

Meanwhile the guitarist also believes their show in London was “probably one of the best we have ever done,” as the four-piece saw their first ever stage invasion.  Drummer Dom states that the invader “got on the stage dancing” and believes “it is more unexpected in London because it is down south, but it is just boss.”

Whilst playing to a room of strangers could be daunting, Callum says, “I love it me, it’s better, you can express yourself.”  Dom adds to this by stating “if you make an arse of yourself who cares, you won’t see that person again.”

Meanwhile Mike also believes it’s better because when performing “to your parents there’s no pressure because they want you to be good. When you are playing people with no expectations, all you can do is impress.”

The band praise their date in Birmingham, saying it is “the nicest we have ever been treated.”

Callum notes “they were really nice people; The Sunflower Lounge is a boss venue and it’s the only time we had a really good sound guy.”  The gig itself went well, Colby says “everyone stayed to the end singing and dancing to us, I really liked being a proper band going on tour.”

For Mike it was “the perfect gig. The sound was great, it was a cracking venue and all the supported bands mixed tighter. Usually there is a lot of ego, but everyone was in the same room mixing.”

The bands got on so well that a member of one of the support acts, Dead Dads Club, followed The Racket to Bristol to watch their gig there the following day.  “They are fans of ours and we are fans of them, and friends.”

That Bristol gig certainly provided some entertainment, with a slight bit of trouble for the four-piece.

Dom says, “Mike got banned from the venue for throwing pints around; the rest of us were well behaved.”  Defending himself, Mike states it was Callum who started it by throwing one at him, so he simply retaliated but “got clocked doing it.”

“If your mate throws a pint over you what do you do? I was arguing with fella telling to take away the fact that he worked there and what he would do, it was just a reaction.”

For their Bristol visit the band stayed in a hostel, with Mike proudly stating “it was 90 quid for six of us. It was an experience and we would stay in one again.  Everyone was moaning when I booked it, I said it was ‘one night out of your life;’ but everyone fucking loved it and by the end they were having a laugh.”

On returning after the gig the band weren’t quiet upon entry.  “Some people had work the next day and we came in hammered, waking everyone up,” says Colby.  Callum adds “we were being dead stupid making fart noises.”

The band also joke about some of the people also there, with the singer saying, “there were some characters in there.”  Colby laughs “some woman started shouting ‘bitch’ again and again; it turns out she was asking us to go the beach.”

Callum’s response to that offer was a clear, “no, f**k off.”  The bands trip to Sheffield wasn’t as eventful as previous trips, but Mike believes “it was one of the funnier gigs; not one of the better ones.  We played to a handful of people and by the end they were chanting about us.”  The guitarist also recalls that someone “drew a d**k on my arse” on the cover of their single.

The band have enjoyed their time on tour, but Mike admits “it’s hard work, I was suffering with my back after it.”  Whist Callum started drinking ginger tea to look after his throat.

After an excellent summer on tour and more fantastic shows since, The Racket have a lot to be positive about in 2019. They already have another trip to London planned, whilst they also announced they are playing Sound Basement on the 16th March.

More dates are to be confirmed