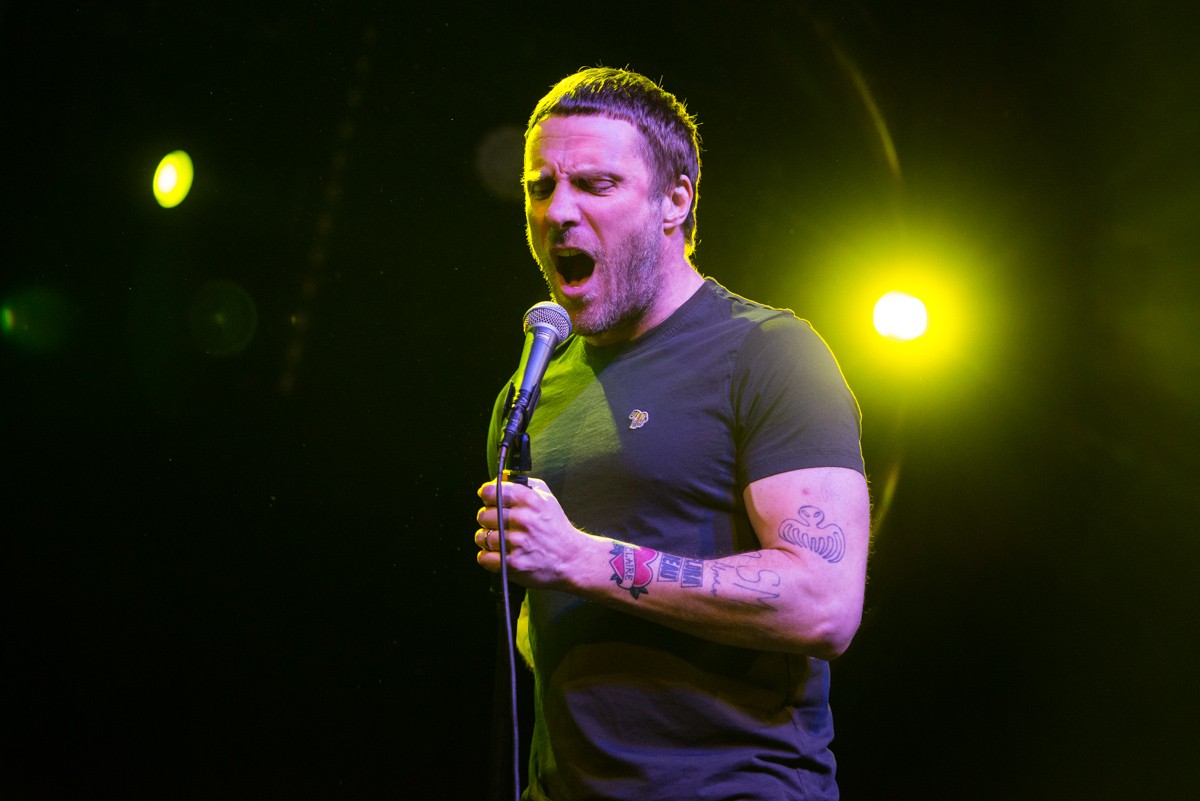 Sleaford Mods are the latest in our ever growing bank of 13 Questions and Jason gave us one our most laconic episodes yet as he, talks to Getintothis.

Sleaford Mods are on a roll.

There’s a new album, Eton Alive, released on February 23, a tour which sees them hit Liverpool on March 2.

It’s the fifth offering from the band, having split from previous label, Rough Trade and has been self produced on their own label, Extreme Eating.

They were last here 3 years ago, so in advance of their welcome return we posed 13 questions to Jason Williamson in an attempt to see what makes him tick.

1. Where are you and what are you doing?
In the library with my son.

2. Do you have any pre-gig superstitions?
Nah

4. When were you last told off?
This morning by my wife

5. Who is the worst ‘celebrity’ you’ve met?
None. They’re always nicer than I give them credit for. Haha

6. Recommend one band or album that you think we should check out.
Viagra Boys, Street Worms

8. What is your favourite view?
My wife

9. Tell us the most you’ve ever spent on a round of drinks.
God knows

10. What was the first record you bought with your own money?
Something Else by Sid Vicious

13. Tell us a secret
I secretly like a romcom