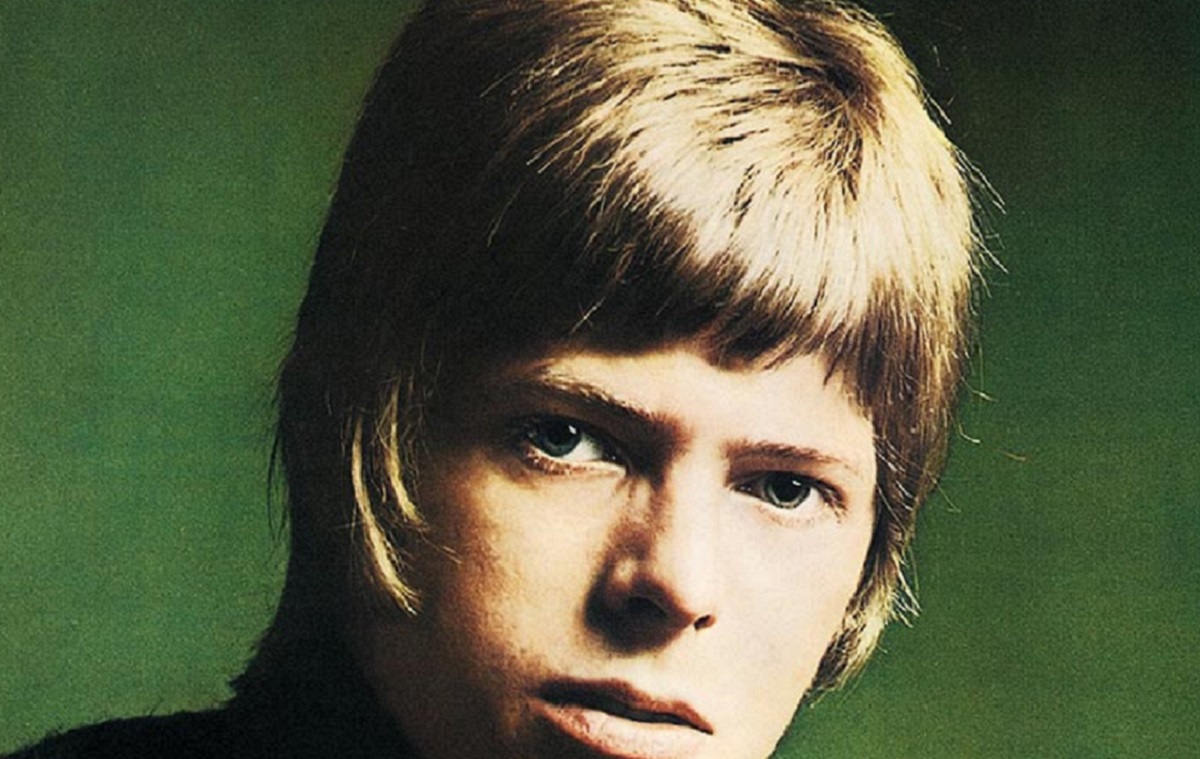 Following on from the BBC’s Finding Fame documentary, Getintothis’ Banjo looks back at David Bowie’s pre-fame albums and finds much to fall in love with.

David Bowie was, as we all know, a shape shifting chimera, blessed with a unique ability to stay one step ahead of the zeitgeist, to innovate and to constantly surprise.

Possessed of charisma by the bucketload, Bowie was always destined to be a star.  More than that, he was one of the few people deserving of being called a star, someone who suited his fame and warranted his success.

But it was not always like this.  David Bowie was not one of those artists who arrive in the public consciousness fully formed, with a look, a sound and a vision of that was ready to explode into our lives.  In fact, it was quite the opposite, Bowie struggled.

In his early days there were flops, misfires, novelty records and even a ruthless streak when it came to chasing success.  It is easy to form the opinion that, for a while, Bowie would have done just about anything that could be done to become a famous musician.

He chased fame, but no matter how badly he wanted it, it somehow eluded him.  Maybe he just hadn’t found a character that would fit with what the public were willing to accept in those days.

Whatever the reason, maybe this allowed Bowie to find his feet away from the spotlight, to grow and to let his muse run free, unfettered by the constraints that doubtless would have been set upon him had he had a teen hit in the early 60s.

Eventually, of course, his talent won out and he went on to define his time more than perhaps any other artist.  Unlike some deceased stars, it is not just his death that elevates him to legend, it is his talent.

But the records he made during his early years are not just the desperate attempts at fame that this may make you think, his personality and his character shone through and despite what people would have you believe, he managed to make some extraordinary music.

In fact, some people think his early albums contain some of the best songs he ever made.  Early compilation The World of David Bowie became the stuff of legend in late 70s Liverpool.  It was one of those records that people either knew about or didn’t.  For those that did it provided common ground to bond over, as well as an entry point into Bowie worship.

Ian McCulloch stated that The Bunnymen first found common ground when “we all met in the ladies’ toilets in Eric’s, I think I was fixing me eyelashes or something. Will Sergeant started singing Love Me Till Tuesday, and we realised that Bowie was what inspired all of us.”

The records he created in the adolescent stages of his career cover quirky pop, deep folk, story telling and 60s whimsy.  They are all, with the gift of hindsight, unmistakably David Bowie.

Shortly after his sad passing, Getintothis looked at the recordings of Tin Machine and discovered that, beneath the denigration heaped upon it, were good songs with good intentions.  Here we look to point out that his early records too are full of delights for his legions of fans, both old and new.

So if you are at all curious about the roots of one of our greatest ever artists, we hope this buyer’s guide will start you on a remarkable, if slightly strange, journey into the past. 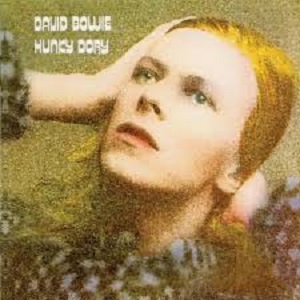 Featuring classics such as Life on Mars, Queen Bitch and Andy Warhol, Bowie was, for the first time, riding the zeitgeist.  As glam rock first started to emerge as a genre, Bowie was there.

Along with his band, featuring the incredible Mick Ronson on guitar, Bowie made a famous appearance on The Old Grey Whistle Test wearing a patterned bodysuit open almost to the navel, his trademark haircut in place and ready to conquer the world.

After years of never quite fitting in, everything had suddenly clicked into place.

Changes is perhaps the first Bowie classic, with its instantly familiar ‘ch-ch-ch-ch-changes‘ lead into the chorus.  Actually, I was going to go through some of the album’s highlights here, but just look at that track listing below!  There isn’t a bad song on the album.

Ok, so some of them may seem a little quaint when viewed through the telescope of the intervening 48 years (!), but even the likes of Kooks showcase Bowie‘s charm.

Final track The Bewlay Brothers is, to me, quintessential Bowie.  As a child of a mere ten summers, this was the first song to ever work its way under my skin, to become more than just music to me.  and soon, the whole album followed suit.  Bowie and Hunky Dory were my poper entrance into appreciating music as more than catchy tunes in the background.

Bowie‘s recorded output thus far may not have been world changing, but on Hunky Dory he got everything right. 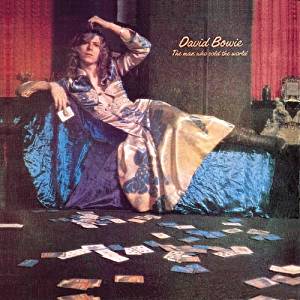 With The Man Who Sold the World, Bowie reinvented himself as a rock act and, as such, was a radical move away from his previous album, the largely acoustic Space Oddity.

As much as we have already claimed that Hunk Dory was where Bowie first really connected with himself on an artistic level, this is perhaps a process that started here. What we can hear in The Man Who Sold the World is a blueprint being created, DNA shifting or the first stirrings of the David Bowie the world would soon fall head over high heels in love with.

The Width of a Circle opens the album with some of Mick Ronson‘s finest buzzsaw guitar.  It is impossible to overestimate the importance of Ronson to Bowie‘s career and eventual success and also impossible to imagine this album without having his guitar lines writ large over its nine tracks.

Fourth track After All again provides a chance to hear hints of what Bowie would soon become and sets the scene for Hunky Dory.

While not being as immediate or life changing as Hunky Dory, a listen to this album will pay instant rewards.  If I have made it sound of interest purely as a stepping stone to greater things I have done it a disservice.  The Man Who Sold the World is a wonderful record in its own right.  Play it and be convinced.

The sleeve to this album caused a certain amount of controversey in the less tolerant days of 1970, featuring as it did a photo of Bowie lying on a chaise longue in a dress.  This sleeve was not used at all in America and was soon replaced in Britain by a black and white photo of Bowie high kicking a leg into the air and, very definitely, wearing trousers. 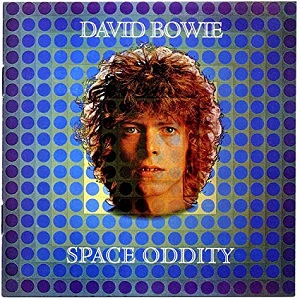 The reason for the dual titles given to this album is that it was originally the second consecutive album to be called David Bowie, but it was re-released with the title Space Oddity following the success of the single of the same name.

Obviously Space Oddity the single is a classic Bowie hit.  What is strange is that it was the last hit single he had until Starman, three years later.  For those three years, David Bowie was a one hit wonder.

Again, traces of Bowie‘s glam future could be heard in the likes of Unwashed and Somewhat Slightly Dazed, but this is primarily an acoustic based record.

It also features some of Bowie‘s more direct lyrics; Letter to Hermione is exactly that,  musical correspondence with an ex girlfriend, Hermione Farthingale, heartfelt and full of longing.  He sings ‘And when you kiss, it’s something new, but did you ever call my name just by mistake? I’m not quite sure what I’m supposed to do,So I’ll just write some love to you‘.  He would possibly never be so open in a lyric again.

Like possibly all the albums in this list, Space Oddity is often referred to as catching Bowie in transition.  It is perhaps more accurate to say that it is a snapshot of his life and his thoughts at the time of writing.  And, really, what more could we ask of any artist? 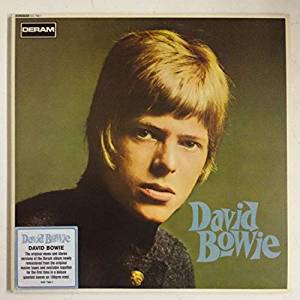 The  reason I have this time lumped all three of these albums together is that they share a commom cache of songs.  Bowie’s debut album and the compilations that sprang from this time and these sessions is a strange thing indeed.  Not that this is a bad thing, when he died three years ago, this was the record I found myself coming back to most.

The reason for that is that these albums contain music that is, by turns, beautiful, funny, quaint, whimsical and just plain brilliant.

It is an album populated by characters, as if Bowie, before he started to assume other characters himself, felt compelled to write about them.  We have Uncle Arthur, the Mummy’s boy trying to strike out on his own,the jilted lover of Rubber Band or, of course, the Laughing Gnome that people (wrongly) cite as evidence of the throwaway nature of his early songs.

Guided By Voices: a buyer’s guide to the legendary band’s back catalogue

He was also not shy of tackling controversial subject with tales that still resonate today, such as Little Bombadier, an ex-soldier driven out of town by false accusations of paedophilia or She’s Got Medals, which details a cross dressing woman who joins the Army.  He does so with a disarming and very English sense of humour that charms rather than shocks.

Songs such as Let Me Sleep Beside You and When I Live My Dream are a pure delight and deserve more than the cult status they have since achieved.

Listen to these albums with an open mind and I guarantee they will win you over with their ingenue charm.

It is worth again commenting here on Bowie‘s incredible work rate.  As you can see above, there was at least an album a year here, somthing that went on for a huge part of his career.  And not only that, each album was a massive leap on from the last, both in terms of style, lyrics and target audience.

It seems that Bowie‘s chameleon tendencies were something he had from Day One.  Perhaps his natural tendency to change and move from one thing to the next was mistaken at the time for a search for fame, when it was actually something that he would later become lauded for and that would come to define him as an artist.

Whatever the truth of that, and no matter how hard he searched for success, with songs like the ones listed above it was surely only a matter of time before the world caught up with him and made him the star he always was.

And, more to the point, ultimately it is us who benefitted from this more than he did. His success allowed him the freedom to develop his muse and his art and turn it into one of the most impressive back catalogues in modern music.

And the records listed in this article are more than just the acorns from which this all grew, they are a body of work that stands proud in its own right.