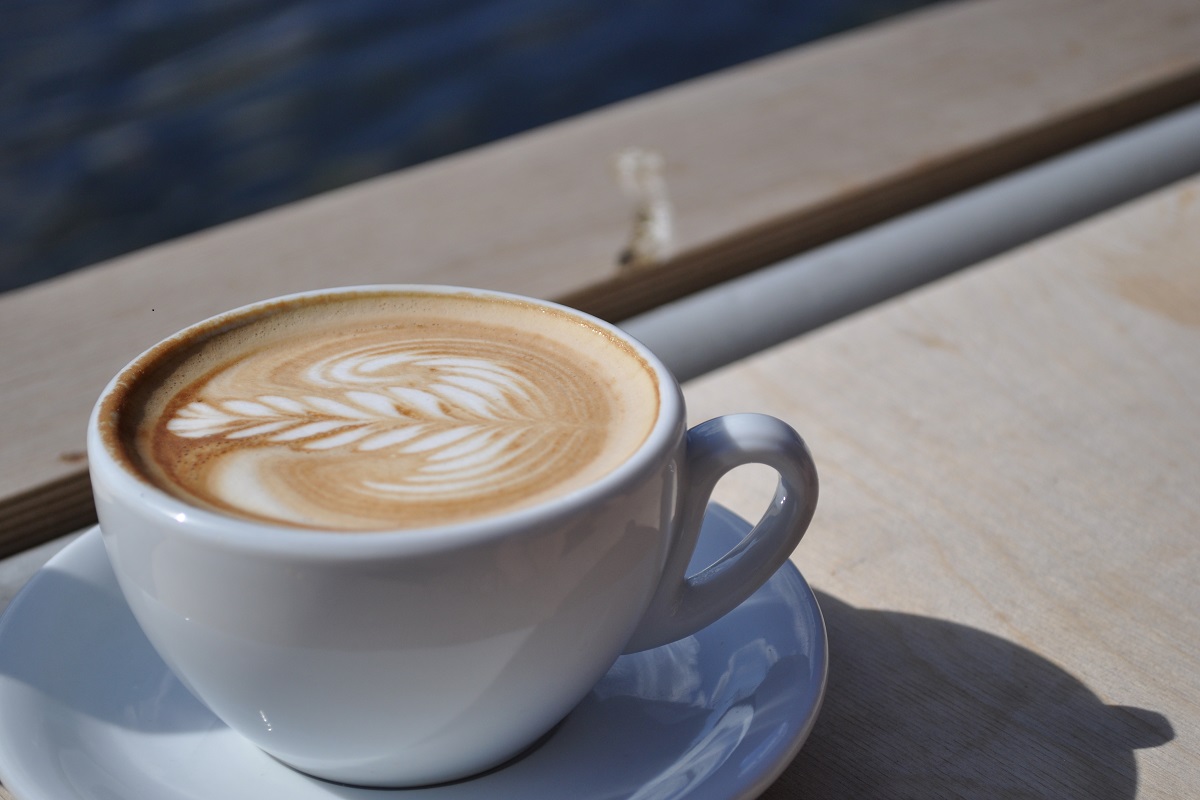 Peering into the dubious swamp of ethical consuming Getintothis’ Jono Podmore finds something missing at the heart of it all.

Do you take your coffee with milk or sugar? Or with a touch of ethics on the side?

Ethics appear to be playing a bigger role in popular and business culture than ever before.

From the ingredients in fast food to human rights an dthe environment, people’s opinions and choices are being guided by amorphous and often inconsistent ethical principles.

The choice of the word ‘ethical’ itself indicates a deliberate effort to allow room for a bit of leeway with what is actually intended.

If you look up synonyms of ethics you get words you would be pretty shocked to see promoting, for example, Starbucks, who claim that their java beans are “99% ethically sourced”

How about rewriting that headline to: Starbucks: 99% morally sourced Java?

We could evenn go with: Starbucks: Java 99% sourced according to the dictates of conscience.

It seems ridiculous, but the meaning remains the same.

To save you googling, here’s the Oxford Dictionary definition of ethics:

2.the branch of knowledge that deals with moral principles.

Note that both definitions rely heavily on the word moral – and yet when it comes to the ethics used in the promotion of products, or freedoms, or banks, or lifestyle choices, the “M” word is always curiously missing.

The reason appears to be that “morals” suggest a conservative system, a framework derived from outmoded religious concepts of social norms. It was morals that had poor Turing chemically castrated, but it’s ethics that will save the rainforests.

This linguistic sleight of hand may have a profound impact.

Take the ethical policy of the Co-operative Bank. If you dig deeply enough you begin to get a more concrete ideas of the moral framework behind the ethics.

The Bank goes as far as describing the “pillars” of its ethical policy, but falls short of suggesting what those pillars might be derived from. Christian morality? Socialist morality?

Then we have the Ethical Business Conduct of the Coca-Cola Company. It all looks rather comprehensive with a ‘global online and telephone information and reporting service’ and a ‘full sustainability report’.

But clearly the ethics of the Co-op and Coca-Cola diverge when we look at the latter’s aggressive exploitation of the Mexican market, for one example. It appears that for Coca-Cola crippling an entire population with type-2 diabetes and obesity is perfectly acceptable.

So how can they both be ethical?

My concern is that anything can now be ethical; that ethics are becoming little more than an empty signifier of worthiness in order to open up markets.

An example of this is how ethics are applied to LGBTQ+ people and their rights.

On one hand we have ethicaltrade.org quite rightly singling out nations that actively deny LGBTQ+ people their rights. On the other we see brands identifying LGBTQ+ people as markets with “Pride Collections”.

Supporting the human rights of LGBTQ+ people is clearly ethical and morally unquestionable, but do those ethics extend as far as the rights of businesses to commercially exploit LGBTQ+ people and use branding to distance them from each other and other groups in society?

A vegan friend of mine recently pointed out that vegan products don’t use palm oil.

I asked why not, as it’s a 100% vegetable product which became popular as a way for people to consume less animal or hydrogenated fat which was deemed to be unhealthy.

The answer was that ‘vegan products tend to be more ethical’. This is perhaps the most nebulous use of ethics I’ve ever come across.

Instead of denoting a defined and accepted moral code derived from a philosophical framework, ethics are now something you can “tend” to have, can shift from one generation to the next and be free from analysis and free from guilt, but never free from the marketing concerns of global capitalism.

Then there’s freedom itself. Freedom is a moral right. As the opposite of slavery or imprisonment, it’s as ethical as it comes.

From the 1990’s onwards I’ve worked very closely with people who were at the heart of the 1968 “revolution” in Europe – when disgruntled students started a mass movement for freedom.

Freedom from the moral constraints of their parent’s generation, freedom from a corrupt capitalist establishment, and free love were the aims. But as that generation became the establishment themselves in government and business

it was clear that freedom began to mean something else.

A free market became much more important than free love or being free to smoke weed in the street. Freedom to identify and exploit markets without moral restriction was, by the 1990’s, the most important freedom the ’68 generation had won.

Here’s an example: a number of years ago some German colleagues of mine from that generation were approached by McDonald’s.

The rainforest-burning burger giant wanted to use a piece of the ’68-ers music in an advertising campaign.

I was expecting their ethical backbone to come through and for them to reject the advances of the empire of evil. But no. Business is business and they exercised their freedom to pursue the deal.

A more recent use of freedom (and I’ll keep this brief) has been to support the right-wing Brexit project.

The narrative of the extreme right has been, that free from the tyranny of Brussels, UK will soon be free to make deals alone in a free global market; to throw off those EU chains and embrace freedom!

But of course, this is hollow, manipulative rhetoric, instantly negated by the same Brexiteers demands for an end to freedom of movement for EU nationals. Also under any analysis, the UK has always been free as a sovereign nation while still being a member of the EU.

This last example, painfully current as it is, proves the point that “freedom” and “ethics” have become so removed from the solid framework of political or moral philosophy to become not just meaningless, but open for direct exploitation and abuse b-makingy corporate capitalism and far-right interests.

It’s nice to feel the warm glow of virtue when you buy an ethical product, but if you have no idea what those ethics are, or what they are based upon, then you could well have been manipulated in to supporting organisations with agendas far from your own moral worldview.

Films about film-making – the dark heart of Hollywood

If you consider yourself ethically motivated, maybe this is a chance to ask yourself what is the framework and foundation of your own morals.

If you think you should be free, then at what cost to everyone else and to the environment?

If you think LGBTQ+ people should have equal rights to the rest of society and be free from persecution, then should businesses be free to exploit them in ever more atomised markets under the guise of ethics?

Once you’ve made those decisions and others like it, it should become apparent which moral philosophy, which ethical principles or which political theory you are closest to. There are a few here.

Share. Twitter Facebook Google+ Pinterest LinkedIn Tumblr Email
Previous ArticleDavid Bowie’s early career: a buyer’s guide
Next Article We Will Not Shy Away From Pop Music: Celebrating 10 years of The Sound Of Music with Bernie Connor