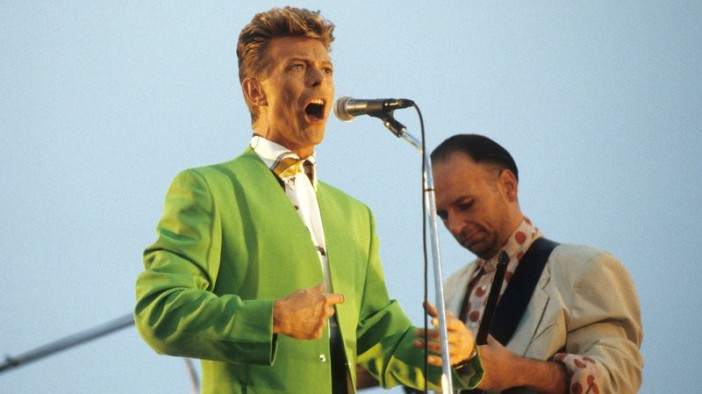 Following the passing of David Bowie, Getintothis’ Banjo wonders if this could possibly be the time to take another look at his most unloved project.

David Bowie meant many things to many people. There is no doubt that his passing is an awful thing; a true artist taken far too soon. Despite being almost 70 years old, Bowie was yet again in something of a purple patch with his latest album Blackstar set to enter the charts at No 1 even before his death. When his albums took up 25% of the charts in the weeks following, it would seem that his death, as his life, is both an event and a cultural catalyst.

Thousands of albums have been bought or downloaded and acres of prose has been generated in print and across social media. His life, his music and his meaning are the subjects of much discussion and love across the world. Nevertheless, one part of his career seems to generate little love, even at this sad time. So, we guess the questions we must ask are; just how bad were Tin Machine and what lay behind Bowie forming his first band in so many years?

Tin Machine were put together by Bowie in 1988, with long-time collaborator Reeves Gabrels (currently playing with The Cure) and the Sales brothers, Tony and Hunt. Following his Never Let Me Down album and its accompanying Glass Spider Tour, both of which were poorly received by the critics and which Bowie himself described as his “nadir”, admitting; “Being shoved into the Top 40 scene was an unusual experience…but not terribly fulfilling”. 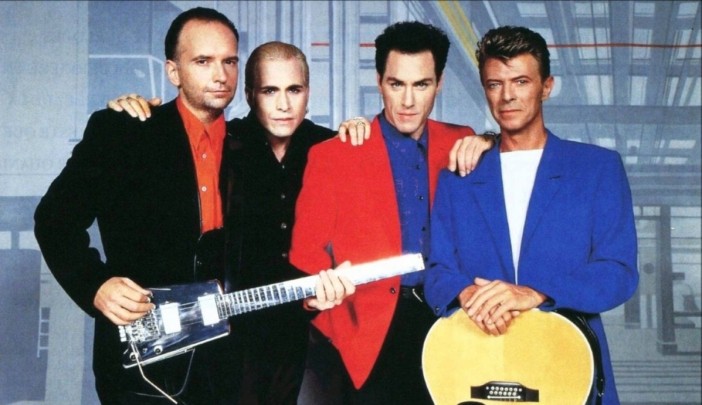 Having no interest in becoming a greatest hits type of live act, Bowie felt the need to take stock and rethink his career path and to reinvent himself once more.  His solution was to form a band in which he would be but a single member, not the sole star.

To this end, Tin Machine were formed. It was never ‘David Bowie and Tin Machine’, songs were co-written, all monies were split equally and all interviews were to be with either the band as a whole or Bowie with at least one other band member (leading Stuart Maconie to quip “interviewing David Bowie with Tin Machine is like getting a date with that gorgeous girl you’ve always fancied and finding out she’s brought her three ugly mates”).

Their albums were released without a huge fanfare or the type of marketing campaign normally associated with a Bowie album and were supported by a tour taking in smaller venues, such as Liverpool’s Royal Court Theatre. As an exercise in democracy or a retreat from the spotlight, it would seem to have worked perfectly; but musically the results could be described as mixed and it garnered some of the worst reviews of Bowie’s career.

Bowie had, of course, stepped out of the spotlight before, playing keyboards for Iggy Pop when touring his The Idiot album. At the time, he refused to do any interviews or take any of Iggy’s spotlight away from him, whilst at the same time adding a further, very public endorsement. Tin Machine, though, had Bowie stage front, where he could catch all the flak.

But were Tin Machine as awful as history would have it? Listening back for the first time in many years, the initial response would be…not really, no. It is by no means classic Bowie, but it is what it says on the tin (Machine) – a rock band writing rock songs. In fact, it is hard to see why they were the subject of so much critical bile.

There are a few duffers on each of their two studio albums, but this in truth is an accusation that could be levelled at a many a Bowie album. Maybe the main problem was that the critics wanted Bowie to be Bowie, not Band Member A. Fairly straight forward rock music may not have been what people wanted or expected from him. But then again, people should have been used to the fact that what you wanted or expected from David Bowie was seldom what you got.

Another reason may have been the influence on Bowie’s songwriting that came from his favourite band at that time, Pixies. Bowie was always at his best when he was ploughing his own furrow; when he was influencing others, rather than when he was being influenced by others (check out his dabblings with Drum & Bass on Earthling for further examples). Bowie’s Pixies-isms seem an ill fit and an unnecessary add-on to what was one of rock’s classic voices.

Check out our reflection on Bowie’s golden years, here

There are undoubtedly some strong songs on both albums. Prisoner of Love features some cool guitar lines and rocks out as Bowie no doubt intended. Sorry, from the much maligned Tin Machine II would sit comfortably on some of Bowie’s more critically acclaimed albums, a slow acoustic song with an excellent higher register Bowie vocal that recalls some of his earlier classic efforts, while Betty Wrong wouldn’t sound hugely out of place in his Young Americans era. That said, the track Tin Machine is a stinker, but given that the albums were recorded and written spontaneously, expecting them all to be 24-carat-gold is perhaps unrealistic.

Tin Machine’s first album sold only 200,000 copies and gathered some of the worst reviews of Bowie’s career, at least until Tin Machine II came out!

If their first album was met with bad reviews and indifference, their second was met with open hostility. Melody Maker’s review famously finished with the words “Hot tramp! We loved you so. Now sit down, man. You’re a fucking disgrace”. Jon Wilde, the author of the piece later said “Bowie’s PR later told me that Bowie read it and cried when he got to the last line. I’m not proud of that. But that was the last we heard of Tin Machine. If my review had any small influence on Bowie’s decision to disband, then, at least, my career as a music hack wasn’t entirely pointless.” Ouch.

Spin magazine described Tin Machine II as “a follow-up as eagerly awaited as [movie sequel]Mannequin 2: On the Move” and Bowie as “a man made ridiculous by adhering to rules he wrote for his most rickety and least publicly subscribed persona.” The album also ended Bowie’s relationship with EMI records, who described it as ‘the kind of album that could bankrupt a company” and tried to shop his contract to other labels.

A further live album, Oy Vey, Baby was released, but Tin Machine’s time was over. Most artists could be forgiven for reacting to such a turn of events by going into hiding or denial, but for Bowie, this seemed to be a necessary catharsis and one he maintained his affection for, later saying “I look back on the Tin Machine years with great fondness. they charged me up”.

With a back catalogue as extensive as his, Bowie can be forgiven for releasing albums that seem more like stepping stones to greater works, and this seems to be the case with Tin Machine. He followed this project up with the more experimental Black Tie White Noise and all seemed to be back on track. But to dismiss Tin Machine as a failed experiment is to do them as a disservice.

There are some gems there, even if they do take a little finding. Do track them down or listen to the links in this article, you may just find some David Bowie albums that you’ve never heard before and that’s something that will become a rare event in the years to come.

But the thing that is perhaps the most important aspect of all this is Bowie’s reasons for the whole project. How many other performers of his stature would be willing to submerge their ego in a band where they insisted they were but a member?

Who amongst Bowie’s peers would commit their time to a project where they received only 25% of the success but all of the blame if it fails? And, more importantly, it would take a churlish person to disagree that his motives were anything but good; to return to basics after years of theatrical excess, to publicly trim the fat from his art and to admit that he had gone wrong.

Despite any critical or commercial failure Tin Machine may have had, Bowie proved yet again that he could provoke, that he could regroup and that he still had a hunger to move on, redesign and redevelop.

And who can we say that about now he’s gone?