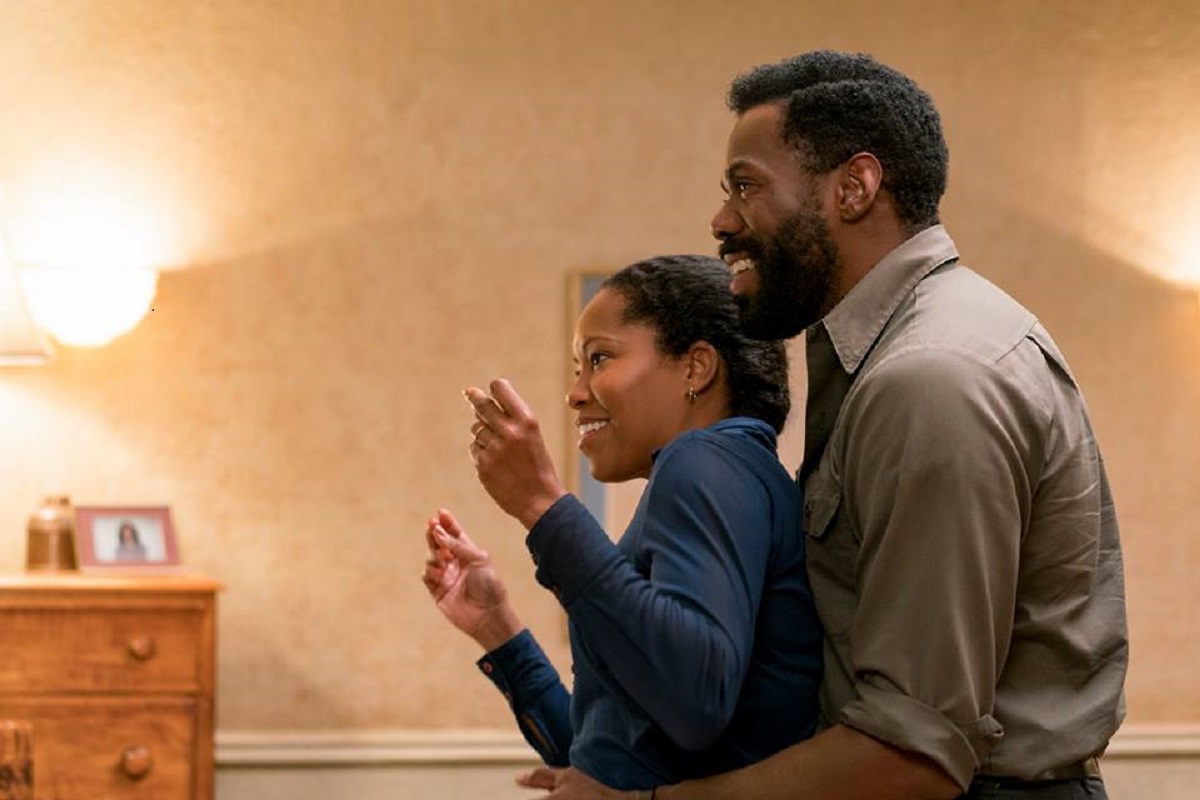 If Beale Street Could Talk deserves all the adulation it can get and Getintothis’ Chris Leathley marvels at the work of a talented director.

Few readers will have missed the fact that this year’s Oscars, while shamefully neglecting female filmmakers, have conversely recognised the work of minority directors.

Jenkins’ prior film had been the revelatory masterwork Moonlight (2016) which was a textured story of nascent sexuality in a hostile environment. This meant that the bar was high ahead of his new movie. Too often in fact, expectation of new work by recently emergent directors can be hyped beyond all hope or reality.

On choosing to watch If Beale Street Could Talk, I couldn’t help but wonder – how could Jenkins surpass the subtle tonality of Moonlight? Moreover, how could he avoid the typical pitfalls of artists who have found the world, almost miraculously, at their feet?

Much of what makes this film work (and it does work, on many, many levels), is Jenkins’ astute ability to make judicious choices. His first was not to attempt another Moonlight. His second was getting the green light for a long-cherished personal project that pre-dated Moonlight.

If Beale Street Could Talk is based upon a 1974 novel by James Baldwin, a celebrated black author who is the subject of the much vaunted documentary I Am Not Your Negro (2016).

Barry Jenkins’ affection for Baldwin and his work are longstanding. Baldwin was a writer who embraced both his ethnic identity and his sexuality, both stigmatised by society.

To Jenkins, this, combined with Baldwin’s exquisite capacity for profound, shattering prose, was the perfect basis for his next work of film.

The story at the heart of If Beale Street Could Talk is deceptively simple.

It relates the all-too common travails of a young black couple in mid-20th Century Harlem. Racism permeates every feature of life for the two protagonists, Tish (Kiki Layne) and Fonny (Stephan James) – their jobs, their homes, their interaction with authority figures.

This is depicted in numerous scenes, in telling but vivid ways. The difference in how white and black customers interact with Tish at her make-up counter job; the experience with an officer of the law in their home neighbourhood; the account that a friend gives of his unjustified incarceration; the rueful admission that even seeking a home in Harlem was impossibly tainted by colour-fuelled prejudice.

Set against this backdrop of institutionalised xenophobia, we experience vicariously the deepening love affair between the young couple. Their bonds of affection and loyalty to one another are sorely tested by casual injustice and economic marginalisation. Indeed, it is even tested by the taut strictures of unyielding evangelicalism within their own Harlem community.

This film is their struggle. For hope. For liberty. For love. 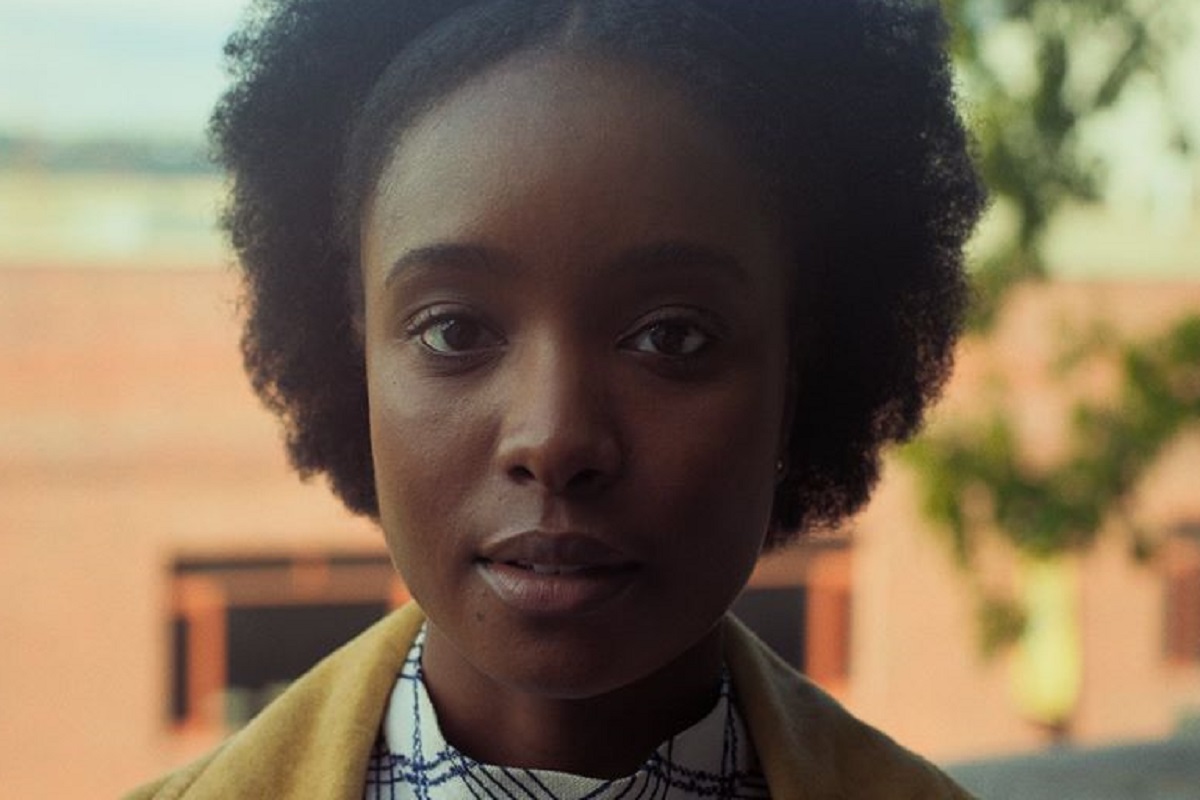 Truthfully though, this type of narrative is nothing new. Thankfully, racial exclusion and oppression has become much more frequent fayre for contemporary film audiences, more open to learning the terrible truths of the past and present. This has been both necessary and welcome.

Yet, Jenkins is not prepared to play by the existing rule-book of how to relate the black experience in America.

If Beale Street Could Talk exhibits multiple features that make it both ethically and aesthetically engaging.

For one thing, the storytelling arc of If Beale Street Could Talk remains resolutely non-linear, regularly leaping through time from childhood to romance to tragedy to weary but unbowed maturity.

Such quirks of narrative technique do not however, descend into incoherent fragmentation.

Jenkins and his talented editors (Joi McMillon and Nat Sanders) are sufficiently adept as to make this intuitive style easily comprehensible to the audience.

In consequence, Barry Jenkins’ oblique approach reflects his preoccupation with the human interior. He demonstrates limited interest with the more obvious physical exterior to Tish and Fonny’s lives and loves.

For the director, as for so many other great filmmakers, the truth, and all points on the spectrum of Tish and Fonny’s experience, lies in the human face.

The Sopranos 20 years on- a television show that changed everything

This is evidently an element of that which is most successful about If Beale Street Could Talk.

That is, the photography, both moving image and still. The cinematic lens in this movie is fluid, graceful and dynamic throughout, from the opening overhead tracking shot onwards.

Thus we enjoy twin lens on the same time and place. This presents the viewer with a potent duality of perspective that tells us parallel tales: one is an individual monologue of the soul; the other is the collective experience of a community under siege.

It is vital to recall this approach when considering the richly literate screenplay and the restraint that Jenkins displays in the film. He could have portrayed the deep injustices, the yawning chasms of societal fracture, in far more blunt and angry terms.

Rage, raw and bloody, could (and justifiably so) have predominated.

In fact, if Jenkins had been aiming at a more grittily realistic depiction of racial segregation, then one might have questioned the abstract nature of the narrative and the gentle elegance within this movie.

This never appears to be his intent though.

If Beale Street Could Talk is no neo-realist piece of cinema. Its take is not that of a documentarist whose reflections are inevitably fixed upon the external edifices of racism and its consequences. This is Tish and Fonny’s journey and it remains a personal, internal one at that.

The epiphanies and the disappointments. Their lives. Their truths.

As such, If Beale Street Could Talk is theatrical in its cinematic concepts, its cadences of speech and its framing of our world. Yet, this is legitimate and consists of a deliberate and clear sense of artistic purpose on the part of Jenkins.

Amidst all the stylised bravado of the director, it is easy but unforgivable, to forget the memorable acting turns by a supremely assured cast.

Regina King (as Tish’s mother) certainly gives a performance that is well worthy of the Oscar nomination but she is not the only one. Colman Domingo (Tish’s father) and the leads, Kiki Layne and Stephan James, are all subtly understated in how they seek to embody the aspiration, romance and trauma of their characters.

The fact that they make their lives so compelling whilst avoiding more typical grandstanding, prevalent throughout most other Oscar-bait cinema, is all the more laudable.

Final note should also be made of both the score and the sensitive choices of songs, dextrously placed in order to elucidate the more impressionistic moments within the film.

Musicians in the movies: Getintothis’ Top 10 picks of singers who’ve turned to acting

The music never becomes intrusive, instead allowing itself to be incorporated within the body of the work, another enriching layer to an already multi-layered masterpiece.

Barry Jenkins has thus proven that he is no one-trick pony.

Utilising a more generous budget, he has provided a worthy successor to Moonlight, yielding box office success without sacrificing artistic merit. We have yet another tantalising glimpse of a cinematic talent that continues to grow and grow.

If Beale Street Could Talk deserves the adulation.

We look forward to Barry Jenkins’ next cinematic work with eager anticipation.