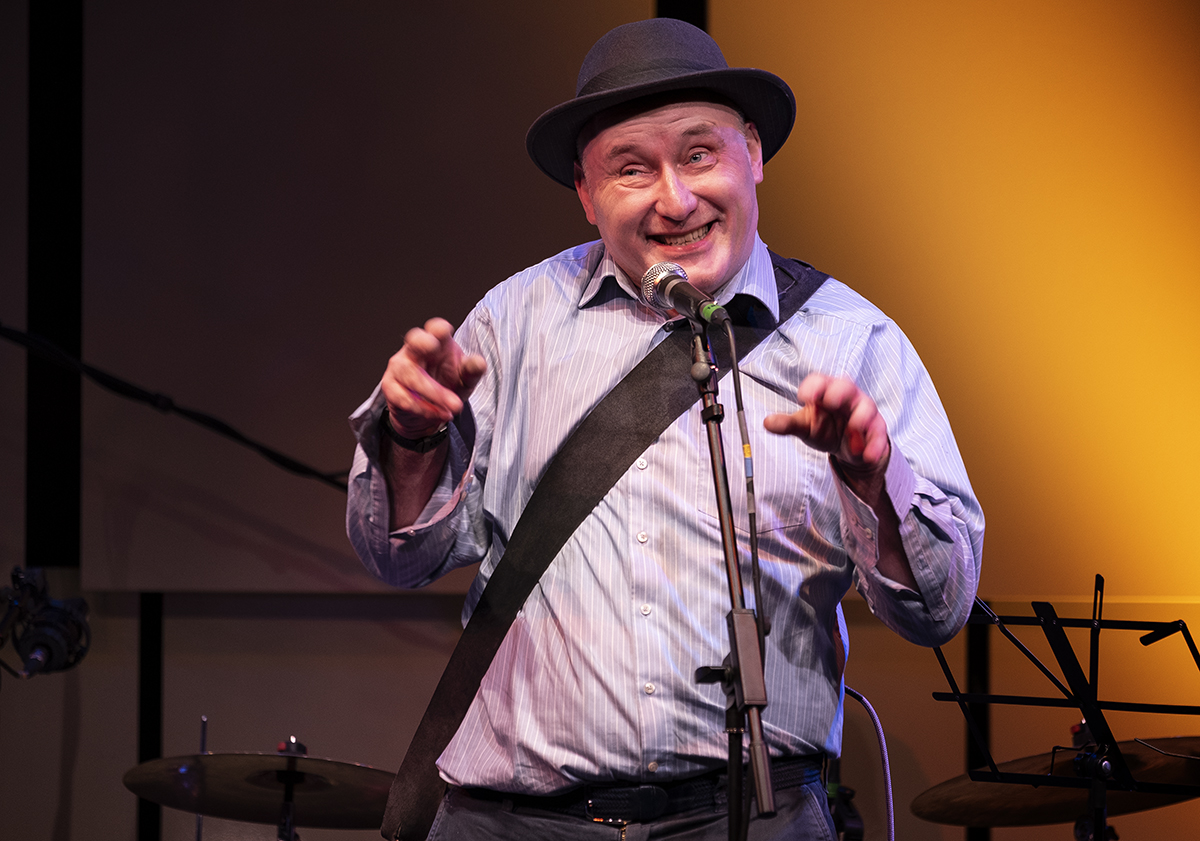 Does it take a complex mind to be Jah Wobble, or just a very open one? Is he “Impossibly funicular” or “an astonishingly accomplished avatar”? Or maybe, he’s both? Getintothis’ Matthew Loughlin was there.

That might be an odd question to open a review with, but coming away from tonight’s gig at the Philharmonic Music Room, pondering such a juxtaposition feels apt.

Bear with me, and in line with this somewhat unorthodox theme, let’s start at the end.

Following two 50 minute sets, both of which took us on an aural journey from post-punk reggae to film theme tunes, via Eastern melodies and percussive chaos, in true democratic fashion, tonight’s ringmaster asks the masses to let him know, via cheers, whether they want a dub song, or a jazz song. Read that again.

How good do you have to be, how well-prepared must a band be, to have a dub song and a jazz song to hand, ready to pull out at the whim of a crowd’s response?

Taking that even further, how good (or at least confident) do you have to be to even consider offering these as options? Imagine a pre-tour praccy; “right, that’s the dub number done, put down your King Tubby records, this one’s got more of a Chick Corea vibe to it…” – ultimately, that’s either a very complex constitution steering the ship, or a completely open one that’s receptive to anything coming its way.

Naturally, we ended getting both songs anyway, but such an experience offered a glimpse into the psyche of arguably one of Britain’s most overlooked stalwarts; someone who, like many of his basslines, has been at the heart of some of the most exciting sounds to reach our ears since punk, without shoving his way into the forefront of our consciousness.

One look at Wobble’s CV would lay testament to this; Public Image Limited, Primal Scream, The Orb, Holger Czukay and Brian Eno, to name but a few, have all tied their sails to Wobble’s mast, building their sonic scopes around his singular bass sound, and in reflection of that, tonight is indeed, ahem, all about the bass (sorry).

Opening proceedings, and unassumingly taking to the stage, a solo Jah Wobble greets a sold-out Philharmonic Music Room and gives us a brief overview of what lies ahead; “an audio programme” as such. He advises that the first part of the show will be the “bass and jazzy bit”, which we are warned, allows room for some top-notch self-depreciation that ultimately has at the heart of it, a desire to show off and essentially humblebrag. This, we’re assured, will be followed by a cover or two to get us moving, after which, comes the serious stuff.

Wobble’s demeanour and quickly established rapport with the crowd: “didn’t I see you last week? Are you following me round on tour? Is that success?!”  he enquires of someone in the front row) ensures that this doesn’t feel like an agenda being distributed at a team meeting, but rather an invitation to watch a master at work.

He sits down in a chair, leans back and begins playing a bassline he reports he recently wrote in New Jersey, which he proudly stated he remains amazed by its simplicity and completeness. And he has reason to be; it’s classic Wobble, in that it is comprised of no more than six notes, yet instantly locks itself into a groove that has no beginning and no end; completely hypnotising, in the fashion of Neu! and co. at their heights.

Gradually, bodies tumble out from the backstage area and – reflecting the way Wobble builds his sound – the song is constructed from the ground up. Drums, guitar, keys and percussion all make their way to the stage and bit by bit develop a sound that is complex, but essentially Wobble’s, with a familiar beating heart. Although there are hints of Aston ‘Family Man’ Barrett and at times even Charles Mingus in his playing, it’s instantly recognisable as the man who formed the backbone of PiL and is as distinctive, which given the seemingly at first limited nature of the bass, is quite a feat.

Masterclass tonight at @liverpoolphil with @realjahwobble and his amazing band "The Invaders of the Heart". Cant wait for his Bass to start hurtin in the second half. pic.twitter.com/NdsSAJbBzI

A second song stretches things further, and we’re in On the Corner-era Miles Davis territory, with a repeated rhythmic motif taking root while chaos ensues all around it. Jah Wobble’s son takes to percussion and before long, so does he; a cacophony of dissonant jazz chords, tremulous guitar and clanging cowbell; admittedly in black and white that sounds awful, but as ever, highlighting the discrepancy between written reviews and the lived experience, it’s not; it’s fantastic.

Band and crowd truly warmed up, we’re moved into the covers segment of the show. A dubbed out version of the reggae staple Liquidiser breaks down to drums only and Wobble takes to the mic, inviting us all to imagine the band recording this song in late ’78. Miming the sliding of a sequencer on a mixing desk, he asks for drums to fade in and out, change their rhythm and sound; he asks for more phased delay on the guitar chops, again fiddling with imaginary knobs and requests the keys “go Gospel”.

There’s on obvious missing element, and all attention is drawn to it; Wobble details the importance of, of course, the bass, in a fashion that reveals him to be London’s answer Tom Waits. This writer was not expecting this. A natural story teller, to the backbeat of the song, we’re gifted with tales and jokes that meander and rally against Brexit, himself and Jacob Rees-Mogg (“I hate that c*nt” is greeted with more than a few cheers), before all roads lead back to the bass. We’re informed that the bass is “the king of the jungle, with no natural predator” and a demonstration, complete with animal impressions (no, really) ensues we all know what he means. 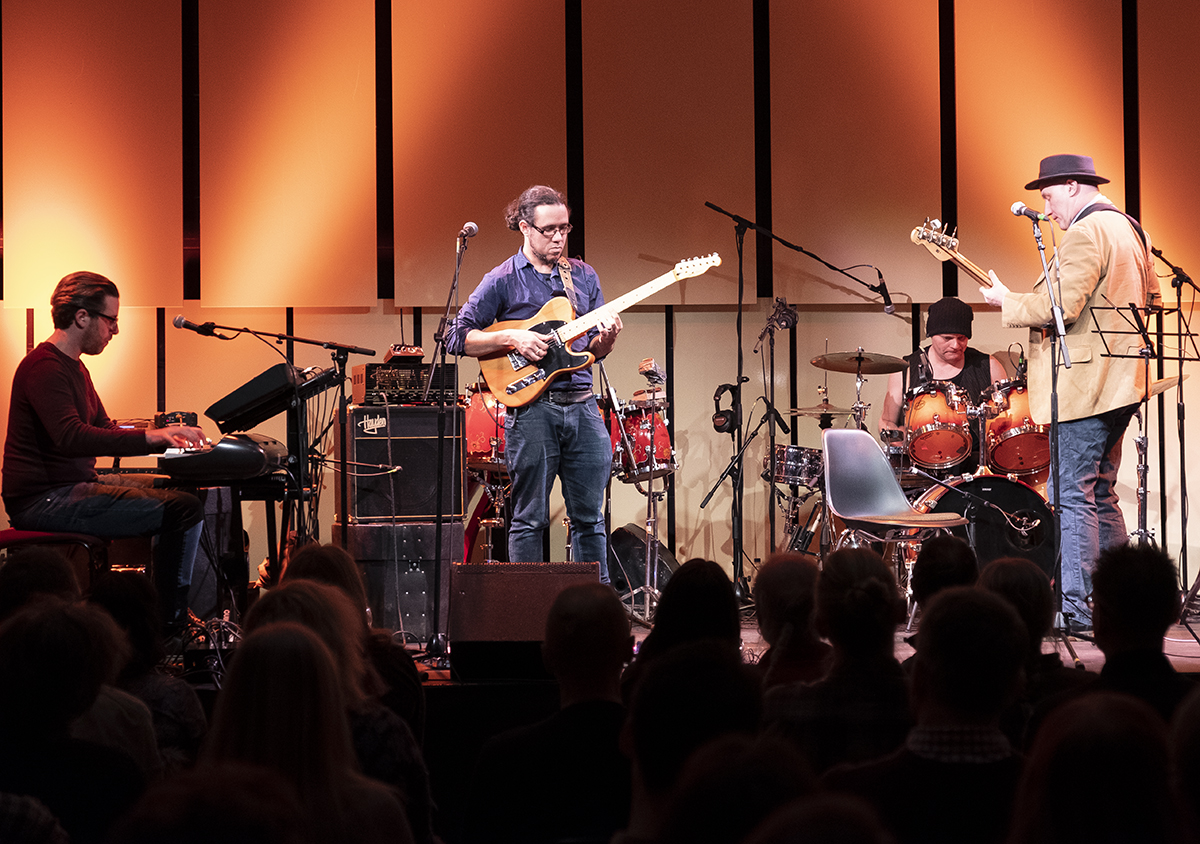 Incidentally, the guitar is a “meerkat” and the keys are a charming serpent, but we’re reminded again, the bass is the daddy, the roaring lion. The band crash back in and the song draws to an end. An apparently straight forward song was deconstructed and built back via the way of animal impressions and mime, and it wasn’t awful, but rather, brilliant. We’re in the presence of a master, here.

As if that wasn’t enough, next up, Jah Wobble’s wife takes to the stage and a version of Augustus Pablo’s Java is performed, complete with Chinese harp, a beguiling, entrancing sound that sadly is lost in the mix once the full band take swing, but it was another demonstration that we’re not at any normal gig here, this is a complete experience; a (whisper it) show.

Following a tenacious cover of Fleetwood Mac’s The Chain (another curveball), there is an interval, after which it’s down to serious business. The second half takes in the breadth of Wobble’s recorded output and is in the main, stripped back to a four piece. Visions of You from Rising Above Bedlam and the classic Becoming More Like God are hypnotising and entrancing, reminding us of how good these songs are. It must be pointed out however that the band are exceptional, demonstrating a musicality that is all too often wrongly sneered at.

There was a niggling fear that the second half might turn into a display of technique over sound, however, this is something clearly thought through, as the version of PiL songs we’re treated to (a dubbed out Public Image and instrumental Poptones and Socialist) take us away from this and we are washed over with the noise that decades ago heralded the end of punk and the beginning of a confused, noisy, new world.

Not complete with being an accomplished bassist, raconteur and animal impersonator, Wobble recites a poem of his that leads into Molecules, pondering the nature of time and existence. That sounds heavy, doesn’t it? But Wobble treats it with the right amount of gravitas and absurdity that spirits are kept high, as band members and audiences are teased, but not patronised.

The aforementioned dub and jazz numbers bring things to a close and that’s it; no encore, no false endings, brilliant. Wobble and the band are given a genuine standing ovation and we’re off into the cold wintry night, the air laced with ice, but all of us warmed by a truly special event and with a rhythm in our step courtesy of the king of the jungle. 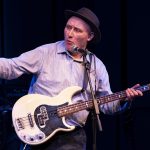 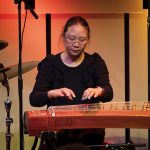 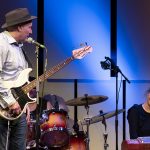 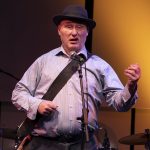 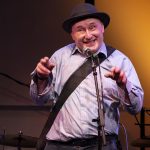 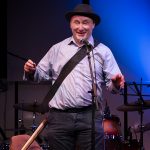 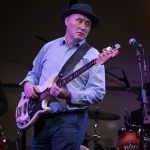 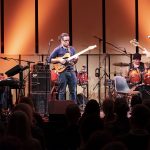