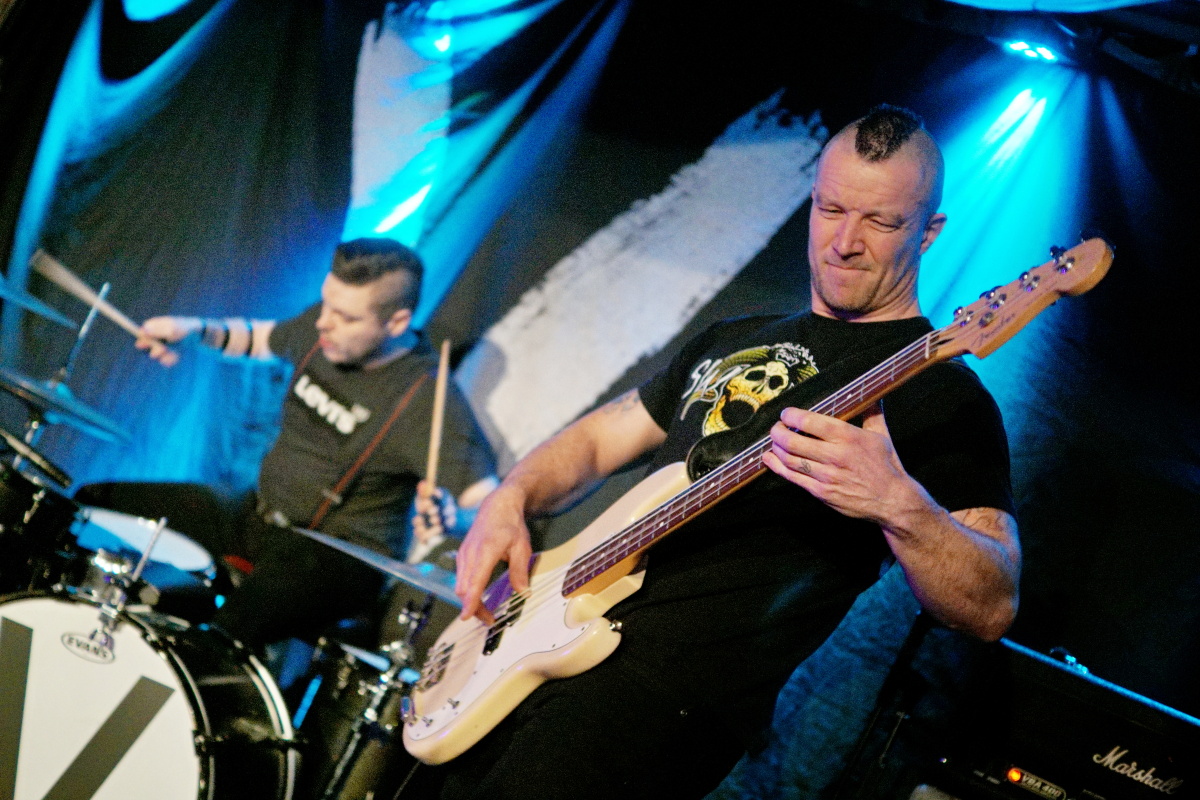 The Virginmarys rolled into Jacaranda Phase One for a night of nostalgic rock and Getintothis’ Chris Flack stepped back in time.

A few of us got ourselves involved with a bloke called Maurice McCartney back in 2005.

We met Maurice through a gig he put on every year to raise money for Oxfam Ireland. I worked for an organisation that had a bit of money we could give him to support his efforts, and the rest of the crew fell into place fairly quickly.

It seemed like a worthy cause to us. We were fools, wet behind the ears, perhaps a little gullible and without question wholly inexperienced fools.  The Maurice show always took place in the Empire Music Hall on Belfast‘s Botanic Avenue, on a Sunday evening in October.

The Empire’s upstairs room is a thing of velvet draped Victorian wonder that comes with a soundman called Dee.

Dee is a genius, he could make two cats fighting over a mandolin sound interesting, such is his talent on the desk.  He saved us, saved us from ourselves, saved our reputations, and he helped create a bit of a thing.

When Maurice got bored with musicians, and it comes to us all at some point, we took on the mantle of his Oxfam gig.  After a ‘team meeting’ involving more than a few beers and a lot of chat, the single show very quickly became a festival of sorts.

The Oxjam Festival, as it happens, and over the few years we ran it in Belfast in the days before it became a national thing, we always finished with the traditional Sunday session at The Empire.

Every year, we wanted to put on a show to celebrate the dozen or so that had come before, so there was always five bands, a compère, and maybe a speech or two.

Dee slowly grew to hate us.

‘Who needs this on a Sunday night lads, for fuck sake, it’s a Sunday in Belfast not fucking Glastonbury…’ he’d roar between sound checks and doors opening. The only thing that calmed Dee was a bottle of Powers Whiskey as a thank you / peace offering that became an annual tradition.

He had a point.

Sundays, surely, are for easing yourself into a new week. Do you really need a gig with this many rock bands on a Sunday night?  As we rolled into Jacaranda Phase One on this particular Sunday night, Dee’s words of warning and occasional fury bellowed through our minds.  Tonight’s show has four bands.

Dee would hate this.

The Kure Jureacho Expansion, Azura Kings and Florence Black are all lined up as support acts for The Virginmarys. That’s quite a lineup and not bad for thirteen quid. Still, it’s Sunday, and Dee would hate this…

The Kure Jureacho Expansion were first onstage to play their first ever show and as you’d expect the front row was filled with passionate family members, phones aloft, dancing like bands’ rider depended on it.

They played a snappy and nervous set of covers that suggested they have potential, all rocking, energetic grooves. The Fratellis, The Beatles and The Arctic Monkeys got a thrashing, with a dash of 80s rock. It’s not bad.

We were at the bar when their first song hit the air and we’d figured someone had bumped the PA up to 11. Some great vocals, a great backing singer, thrown in at the deep end, and a tight little setup.

There was a remarkably quick turnaround between the opener and the Azura Kings, which we noted Dee would approve of. They launched into a ferocious set of their own making that came with a healthy dollop of self-depreciation and audience piss taking, which is pretty brave for a band on this early.

They’re a neat little four-piece with tons of energy, their new single Logic was a highlight for us, in a set that was perhaps a little too indie scmindie for our tastes. They have an Arctic Monkeys vibe, though they went a bit too far into the mid 90s for us.

Their suggestion that a Sunday night would be made more acceptable by a spliff was noted. We were half tempted to pass that onto Dee for future reference, though we decided our chances of survival on that path were rather slim.  Another swift turnaround between bands two and three brought up a couple of revelations.

Firstly, and this would make Dee almost giddy, was that the sheer lack of pedals and guitar related paraphernalia seemed to, in our inexperienced heads, speed up turnarounds by about 200%.  The second was that we’d never heard the term Turn Your Frown Upside Down in a metal song before, and that, frankly, was a joyous revelation.

Florence Black hail from South Wales and deliver a set of sheer 1980s rock and roll that is glorious. We were reminded of being introduced to David Lee Roth while driving around trying to look cool in a Ford Cortina in the year of our Lord 1994, where the value of the stereo system far outweighed the value of the car.

Screaming guitars, guttural bass, thrashing drums, headbanging, devils horns, sheer abandon. Songs about religion, greed, capitalism and the odd broken heart all delivered with an absolute belief and intensity the defied the size of the venue. Dee would fucking love this.

Our guess was by that about the third song from The Virginmarys, Dee would be happily standing at the desk nodding his head in time with the headbanging at the front. The only shame was that as they took to the stage a significant number of the crowd had thinned out. Poor gig etiquette.

Those who remained appeared to know every line of every song and made the room seem much busier than it was.

To be fair, most of them were missing 2.4 Children reruns and going to more than one show on this tour by all accounts.  We say it was a shame, as The Virginmarys gave a fairly comprehensive lesson in proper rock and roll stagecraft, bereft of air-bothering mobile phones too, which says a lot.

They could be described as the bastard child of the Red Hot Chilli Peppers, Queens Of The Stone Age and Therapy? (Maybe, if that child was born in Macclesfield), it’s all aggressive riff making, feedback and harmonies.

But using the term ‘Rock Band’ is maybe selling them a little short, this is more intelligent, more insightful.

It might not be to everyone’s taste, but when the three previous acts have wheeled everyone back to the 80s its easy to get sucked into it.  I’m not sure we’d rush out and buy the album but as a closing act, they were alright.

We’ll say this, they had by far one of the hardest working drummers we’d seen in a very long time.

The band have had a rough couple of years too.They were dropped by their label, their bassist quit and their confidence took a hit.

With a new bassist, a new level of anger and a lot to shout about in a world that is all but fucked, they’ve come out the other side with a spring in their step.

That step might be an aggressive stomp but it’s there, it’s just a shame so many of the punters slacked off before they hit the stage.

Maybe Dee was right about Sundays all along. 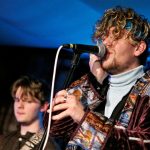 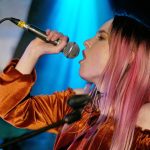 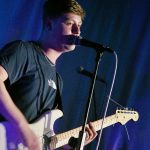 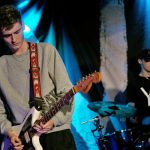 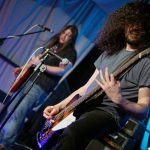 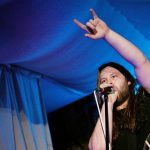 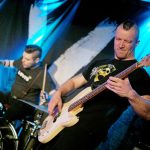 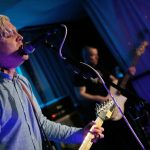 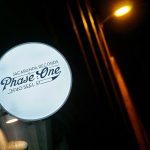 The Virginmarys at Jacaranda Phase One