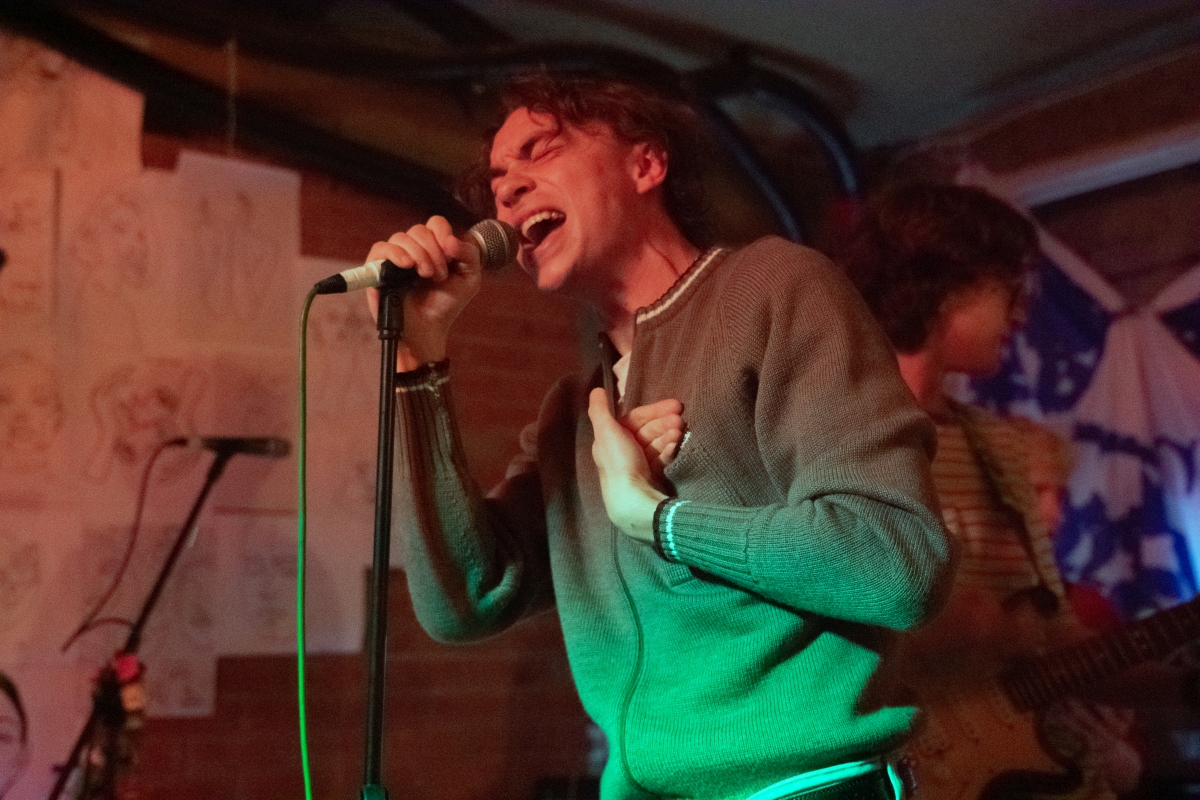 Sports Team come to Sound as one to watch in 2019, but are they potential gold medallists or also-rans? Getintothis’ Steven Doherty endeavours to find out.

West London six-piece Sports Team seem to have been knocking about for ages, but they are actually only a few singles in.

Whilst people speak of them in glowing terms, the general consensus seems to be that as good as they are on record, they only truly excel when playing live.

We’ll see if they do in a bit. But first, ambling on stage en masse, is Strawberry Guy.

The set starts well, What Would I Do is an early highlight, but the longer they go on, the more the low energy set-up seems to catch the crowd, hoping for a rush of pure energy big night out, unawares and they struggle to capture their attention.

Strawberry Guy (aka Alex Stephens) bears a striking resemblance to Everton midfielder Tom Davies, and his band share many similarities. He tries to breeze through effortlessly, but more work is desperately needed. Seeming to just meander through their set, the big hooks never come.

As if these things are thrown together, Chappaqua Wrestling end with their epic, Football.

Their summery harmonies suit the ever increasing heat of the sold out basement. Recent single Plant Trees gets the biggest cheer of the evening, head bobbing and foot-tapping everywhere.

They play a new song which has a massive Turin Brakes/Magic Gang vibe about it, the rest of the set more reminiscent of a Beach Boys or Teenage Fanclub. It still doesn’t totally switch on the ever increasing crowd but their cool North West vibes (originally from Brighton, now straight outta Manchester) will see them get far.

Sports Team come onstage to one of the great pop singles of the last 30 years, Robbie Williams’ Let Me Entertain You, and entertain us they do.

They seem to have unfortunately been born 20 years too late, as they would have been at the pinnacle of the Britpop era. 90 per cent of the crowd instantly form some sort of bouncing mosh-pit, so Getintothis’ scarpers sagely to the outskirts, but it gladdens the heart though to witness so many youngsters discovering their first new favourite band.

M5 is the first song that properly goes off big time and the pace never ceases from there, even with the inclusion of a couple of new tunes, even bigger than the old known stuff.

On Kutcher, they commandeer the speaker stack to address their adoring audience, and last song Stanton is an absolute monster, seemingly the whole crowd surging as one.

The only minus point is their orange-hatted guitarist, who presumably as a gimmick, stands front of stage expressionless with all the madness going on around him.

It doesn’t work, it’s just annoying, let him enjoy himself.

Other than that, thankfully Sports Team show that they are future champions of their craft. 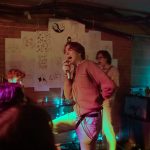 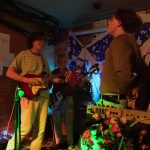 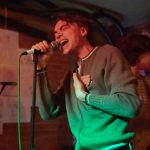 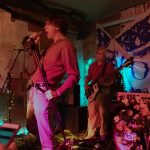 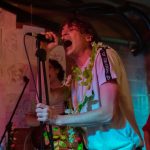 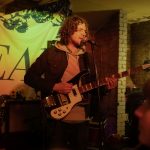 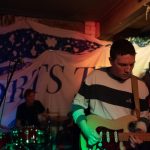 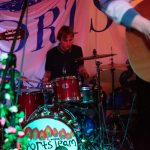 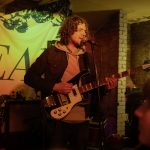 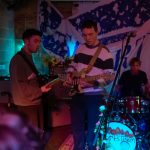 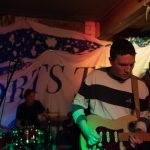 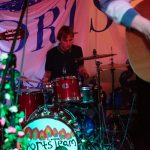 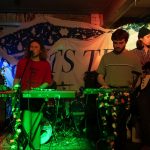 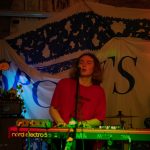