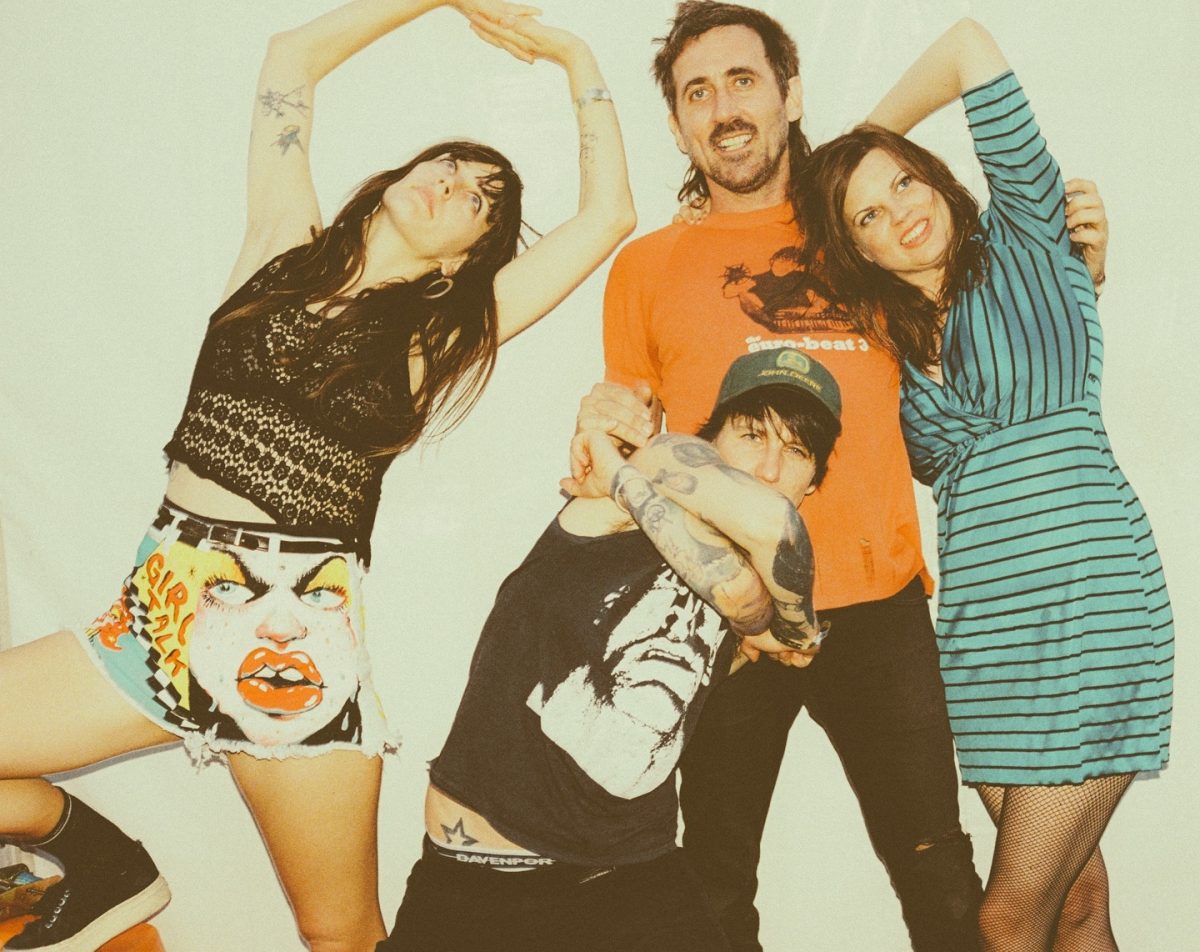 Antipodean wrecking ball Tropical Fuck Storm have announced a Liverpool date, as Getintothis’ Simon Kirk has all the details.

Australia’s finest songwriter is coming to Liverpool. Yes, yes, Nick Cave is coming to town in June, but we’re not talking about him…

Not only is Liddiard a part of one of the finest named bands gracing the earth, TFS’ debut 2018 release, A Laughing Death In Meatspace, also possesses some of the finest artwork to occupy record shelves in, well, forever!

It’s a big coup from the fine folk at I Love Live Events, who continue to attract the world’s finest musical talent to our city.

A part of the venerable Australian act, The Drones, Liddiard and partner, Fiona Kitchin, have joined forces with Erica Dunn (High Tension), and Lauren Hammel (Harmony), to unleash a haphazard representation of gale-force no-wave acid rock.

While much of A Laughing Death In Meatspace is the dismantlement of rock ‘n’ roll as we know it, You Let My Tyres Down, is just about the perfect single, with those trademark dry witted antipodean diatribes from Liddiard liberally bleeding across the canvass.

Having just released their brand new track last week, The Planet Of Straw Men, it is now confirmed that TFS’ follow-up to A Laughing Death In Meatspace will be released later this year through Joyful Noise Recordings.

TFS play Jacaranda Phase One on Tuesday, May 14 and PR bullshit aside, this has the potential to be the gig of the year. Tickets for available here.