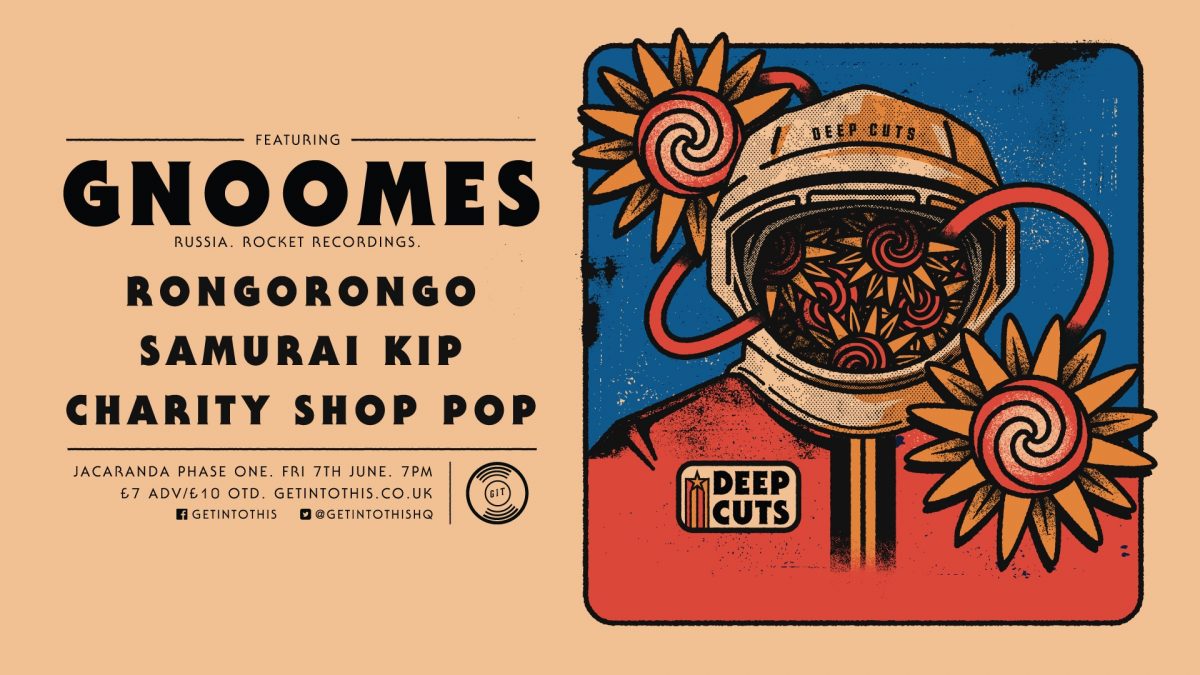 Gnoomes‘ return trip to Liverpool on Friday June 7 has been bolstered by a stellar supporting bill.

The Russian band, signed to Rocket Recordings, will release their much anticipated third album MU! on May 31 before playing at Jacaranda Records Phase One in Liverpool.

The band unveiled lead single Sword In The Stone (listen below) and will return to Liverpool following their Buyers Club Deep Cuts date in March 2018 [photo gallery].

Three suitably refined bands will provide strong support on the night in the shape of Charity Shop Pop, Samurai Kip and the already announced RongoRongo.

Charity Shop Pop, the solo guise of Ormskirk-based David Hughes, melds effervescent melodies with textured euphoria and is set to feature at Liverpool Sound City next month having already played Threshold Festival and support slots with the likes of Girli and Pip Blom.

Having released Always You through the Label Recordings in late 2018, he’s back with new single Dreaming (It’s A Nightmare) on the same imprint on April 26.

Tickets for Gnoomes just £8 in advance – buy them here

Samurai Kip, meanwhile, go from strength to strength as one of the region’s most-loved and critically acclaimed live bands on the north west circuit. Their last single, Mr Void, marked them out as one of the key bands in Merseyside’s jazz-fueled progressive rock community alongside the likes of Blurred Sun Band and The Floormen.

RongoRongo are readying their new album in the bowels of guitarist Alex Walker‘s studio with vocalist Mick Chrysalid on production duties. 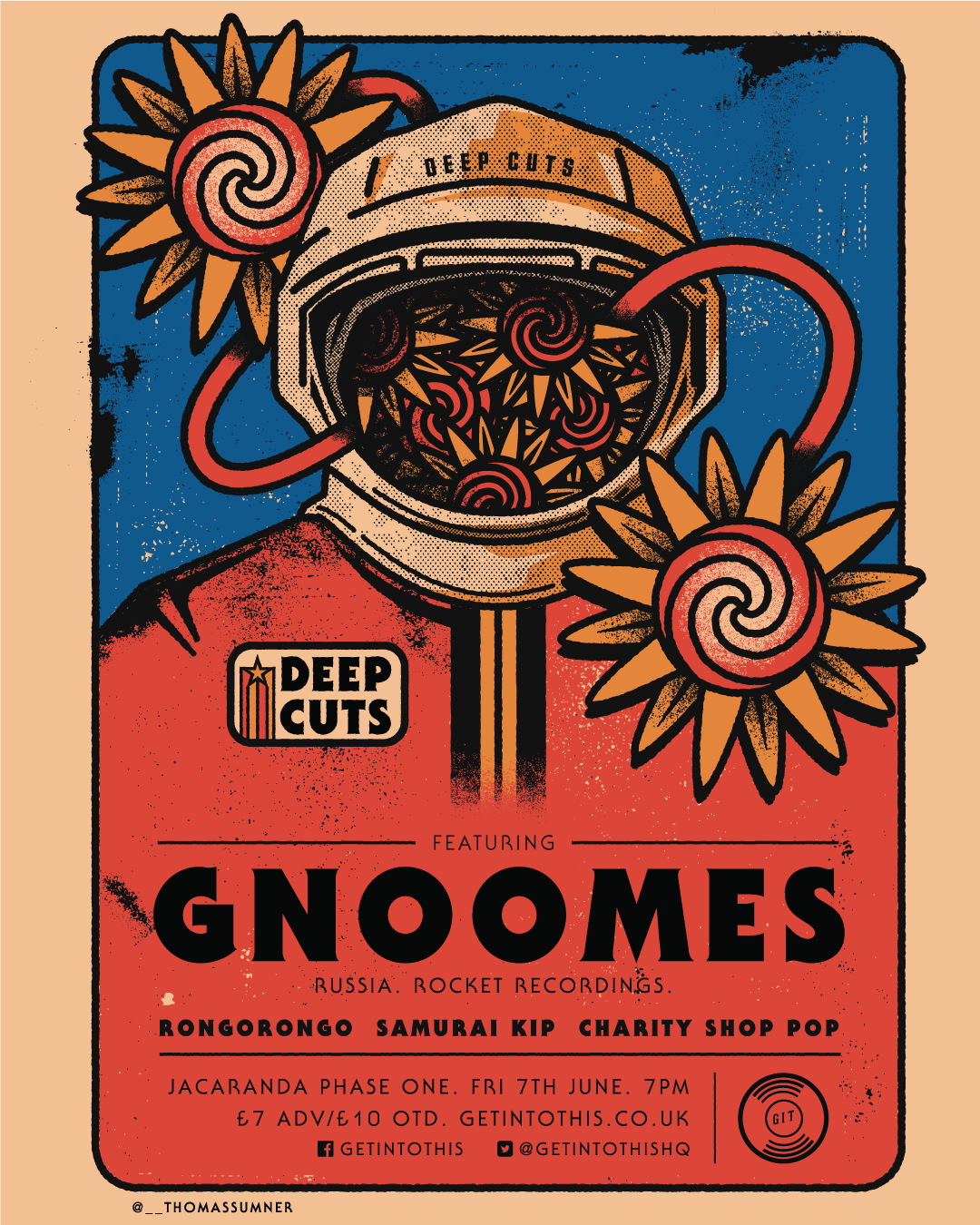