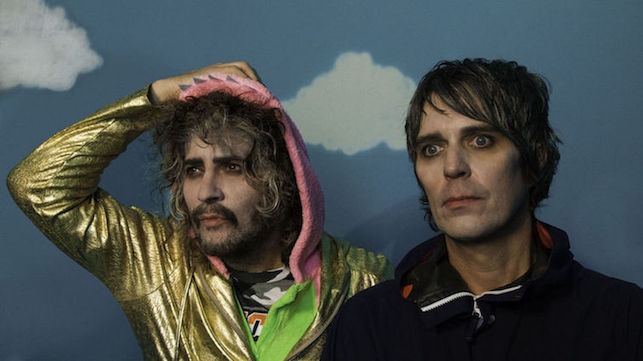 The Flaming Lips have announced a new album, with three UK dates to come later in the year. Getintothis’ Will Neville greets the return of the supermen.

The Flaming Lips first formed in 1983 in Oklahoma, with front-man Wayne Coyne and bassist/keyboardist Michael Ivins the only ever-presents.

They first came to popular renown with ninth album The Soft Bulletin in 1999, the first of three LPs to be certified gold in the UK. However, they are now rather back in the margins instead of at the forefront of the pop zeitgeist.

Their fifteenth studio album King’s Mouth was released as a limited edition LP on vinyl only for Record Store Day earlier this month.

The good news for those who missed out is that it is being given a full release on 19 July, including on Bella Union in the UK. You can listen to the first track to be shared below.

As is their usual way, the album heads into new ground for the band as the twelve tracks are linked by some cinematic narration from Mick Jones, formerly of punk icons The Clash and Big Audio Dynamite.

The music was originally designed as a companion to Coyne’s immersive art installation of the same name that has been displayed in museums across North America since 2015.

This consists of a giant metallic head, with visitors heading inside its foam mouth for an LED light show alongside the music on this record. There is also to be an accompanying book, King’s Mouth: Immerse Heap Trip Fantasy Experience. 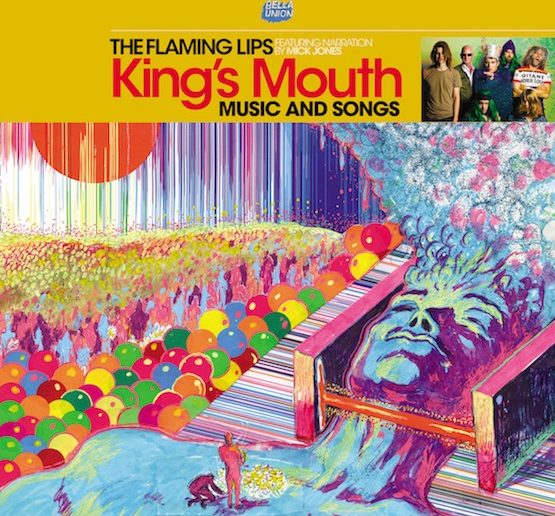 King’s Mouth by The Flaming Lips

Coyne said in typically portentous fashion, “The King’s Mouth immersive/child-like qualities are born from the same spark and womb as The Flaming Lips’ live performances. The King’s Mouth adventure was made for humans of all sizes, ages, cultures, and religions.”

The album’s track listing is:

The band will be back in the UK for three major, headlining shows in early September, including a stop-off in Manchester.

The UK dates are: