Zombies, again? Getintothis’ Roy Bayfield explains why Black Summer is a must-watch in a spoiler-free review.

Panicking people are leaving their homes clutching a few possessions. Soldiers are hurrying them on to a truck, checking everyone for wounds – and ruthlessly separating anyone who may be infected, containing the breakout. Jet fighters scream by overhead. Everyone is adrenalinised, frightened. It’s an ordinary street but something has happened and everything is going to hell.

In Netflix show Black Summer the flavour of apocalypse is ‘zombie’. Pretty soon the dead are rising, there’s running and biting and it’s on – and it doesn’t let up for all eight episodes.

But do we need another zombie expedition? The Walking Dead and its spinoff Fear the Walking Dead are massive shows; zombie movies have been coming out for generations (George Romero’s Night of the Living Dead was released in 1968); there have been satires like Shaun of the Dead and lightweight z-themed treatments like iZombie. There are comics, books, games, cosplaying events. The undead of one kind or another are everywhere.

The zombie has become a cultural staple, like cowboys were in the fifties and sixties. Back then the public had an unending appetite for shows and films set in the dusty west. All the stock elements and characters – saloons, railroads, ranches, cattle drives; gunslingers, homesteaders, sheriffs, bar girls – were familiar and obvious, readymades that the storytellers could lift off the shelf to tell this week’s ‘new’ story.

The Wild Bunch at 50, top 10 Westerns and separating myth from reality

Similarly, today’s audience immediately recognise not only the different styles of zombie – runners, walkers, infected and so on – but the supporting cast of a post-apocalyptic tale. The parent who will do anything to protect/find their child; the criminal whose skills make them well-adapted to the new world; the flaky wild card who becomes a danger to the group – we’ve met them all before. Set them off and they do their thing. It is now possible to have a ‘traditional’ zombie story. 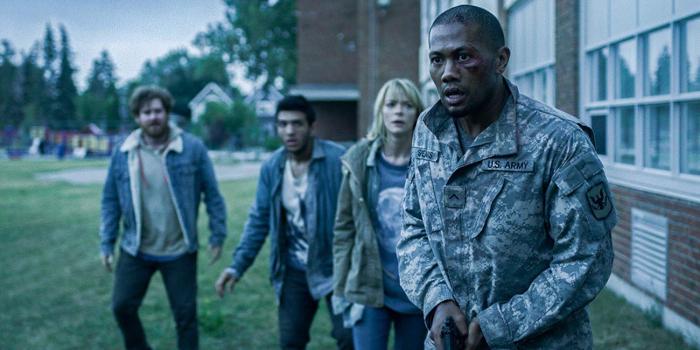 All of this means making a zom-by-numbers production doesn’t need much innovative thought, and there are plenty of low-budget examples of straightforward here-we-go-again cash-ins to watch with half an eye.

Black Summer could have been this kind of zombie landfill, but it is distinctive enough to have something to offer to even the most jaded gorehound. It is also different enough to be entertaining for newcomers to the genre.

The visual styling is one thing that makes it effective. The colour grading of the film gives this world a stark, bleached out, sickly emphasis. The settings for the action – empty suburbs, streets and cities – have a sort of bruised hyperreal look – the way they might appear to a person in the midst of fight-or-flight terror and massive disorientation. 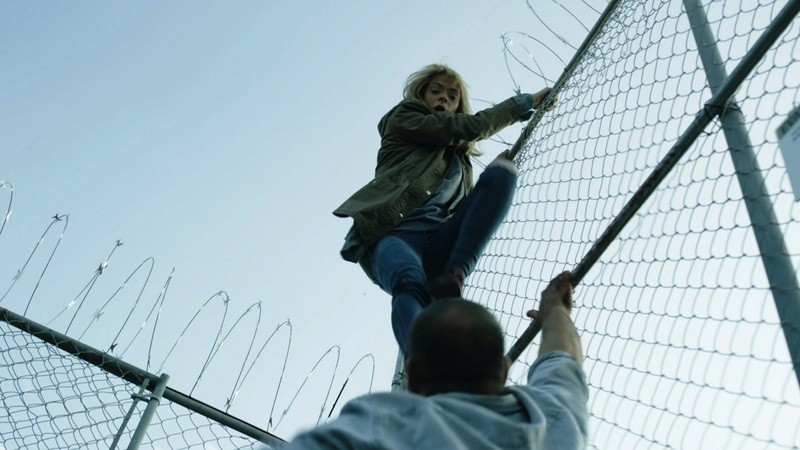 One appeal of the zombie tale is the transformation of the ordinary. Schools, shops and parking lots that only yesterday were places where day-to-day stuff would happen are now filled with threat. Instead of doing normal things in the environment of a functioning society you’re running, hiding, fighting, grabbing resources – terrifying and liberating at the same time. Black Summer works this aspect brilliantly.

BLACK SUMMER (Netflix): Just when you think there’s no more scare left in zombies, THIS comes along. Existential hell in the suburbs, stripped to the bone.

The narrative drives along in a series of white-knuckle episodes, chapters introduced with bland titles such as ‘BICYCLE’. There is very little ‘characterisation’, a factor that some reviewers disliked – this isn’t a Walking Dead soap(less) opera. The characters who are thrown together don’t have time to be bothered about each other’s backstories and we only get hints – though it could be that subsequent seasons, if there are any, expand on individual narratives. 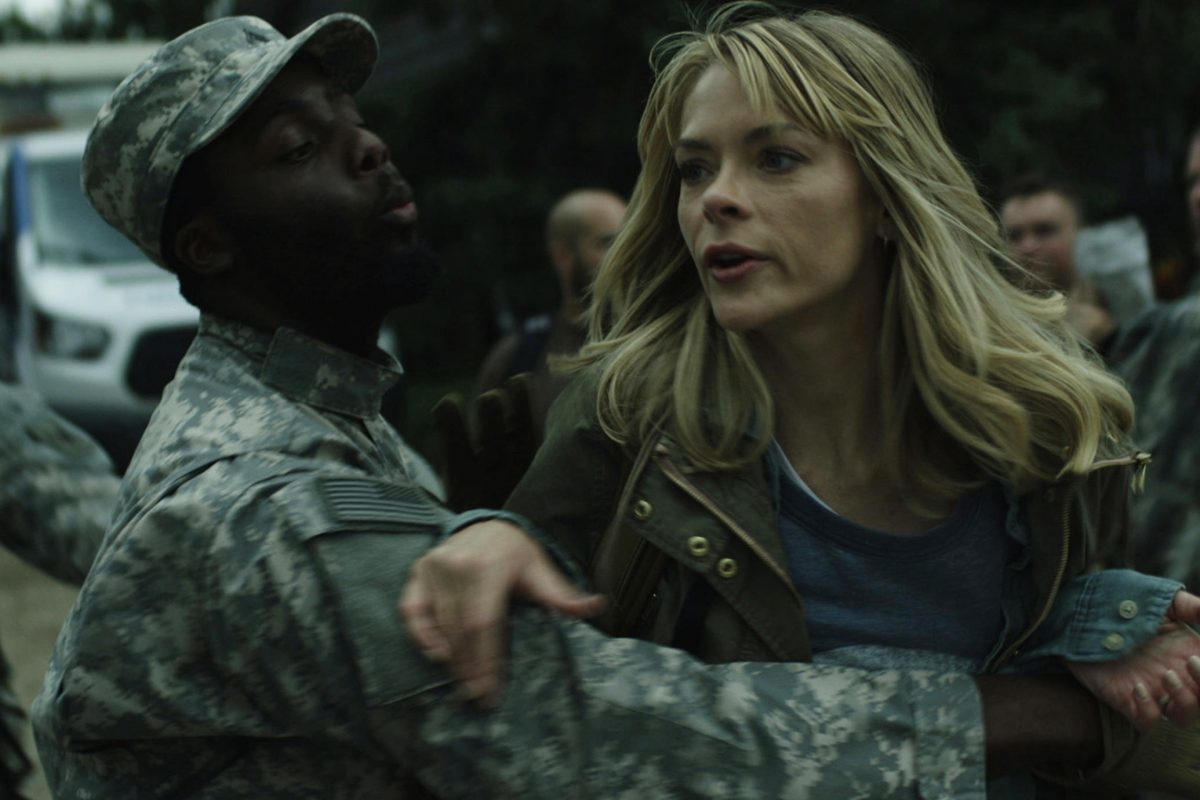 Where it excels is in sustained tension with characters locked into impossible situations. It’s well-played by a fine cast, particularly Jaime King (unrecognisable from her role as Lemon Breeland in sweet comedy Hart of Dixie) as a relentless survivor whose reactions silently reveal the emotional impact of the action.

Suburra: Blood on Rome Series 3 is the sleeper hit of Netflix’s most underrated franchise

Black Summer is a prequel to Z-Nation, the horror/comedy series originally on SyFY. Had I known this I may not have watched it – I liked a lot about Z-Nation but after a while the humour aspect got too much. (Apparently a giant cheese rolling down a street absorbing zombies is the limit of my tolerance in a story.) However Black Summer is tonally completely different and there’s no need to know anything about the other show.

Give Black Summer a watch if you want to swap real world fears for cathartic fantasy. Expect to binge.