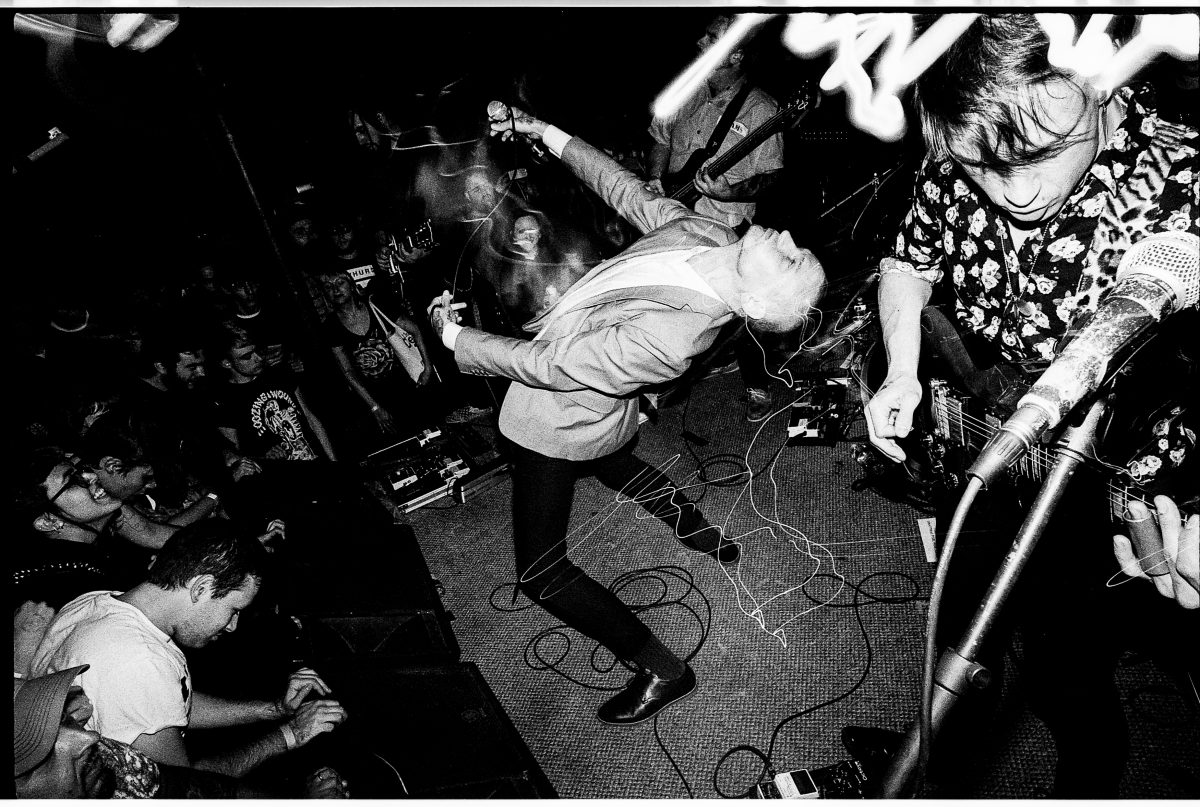 As Rhode Island Rockers Daughters announce a European tour with a raft of UK dates, Getintothis’ Chris Flack has all the information you need to know.

Following their sell-out April live dates, Daughters announce their return to Europe this October, one year since the release of their acclaimed album You Won’t Get What You Want.

After the success of their last album, Daughters have rarely found a day that hasn’t involved a bus or transit van, their touring schedule has been relentless to say the very least. Much like their sound.

A raft of festival dates and a European tour are in the offing that will see them kept busy for most of the summer and a fair chunk of the winter too, there is a stop at the Arts Club on that list, a coup for the city given that there are only two UK dates on the schedule.

Not that their work schedule should surprise them or anyone else paying attention.  You Won’t Get What You Want is an album that could only come from the Rhode Island four-piece.

Whittled down from over 150 tracks on what can only be described as a long-suffering Dropbox account, You Won’t Get What You Want was a labour of love, a display of outward hostility and a mark of intent.

Released in 2018 on Ipecac Records, their fourth long-player You Won’t Get What You Want blurs the lines on every genre it explores, which is precisely what they want to do.

That they only released their first official music video last year tells you a lot about their intent. Less Sex is five minutes of orchestral noise spliced with feedback, punishing guitars and an almost threatening vocal.

Stephen Morris: “We didn’t want to be Joy Division anymore, but we didn’t know anything else”

The album was their first in eight years.  Having formed in 2002 they went on what was thought a pretty permanent hiatus in 2009, with many commentators deciding that they wouldn’t be back.

It appeared the internal squabbling had got to cage fighting levels and was pretty much unsolvable.

Their return was greeted with as much surprise as shock. That You Won’t Get What You Want was almost as long as their last two albums combined was more confusing than comforting, their brand, if you can call it that was short, abrasive, shocking, and frequently short screaming soliloquies.

Not exactly an accessible act for many, they have still managed to create a belief and love among their die hards that is unmatched in modern music. Their music is not gentle, it consumes everything in its sight, like an out of control gorse fire, it rages through everything and anything that comes into its path.

Their return has been greeted with glee by those diehards and you can expect their dates to sell out very quickly, the eight-year absence has left them with a lot of pent up anger that needs an outlet somewhere.

The Arts Club stage will be lucky to survive the onslaught.

Full details of incoming live shows are listed below.