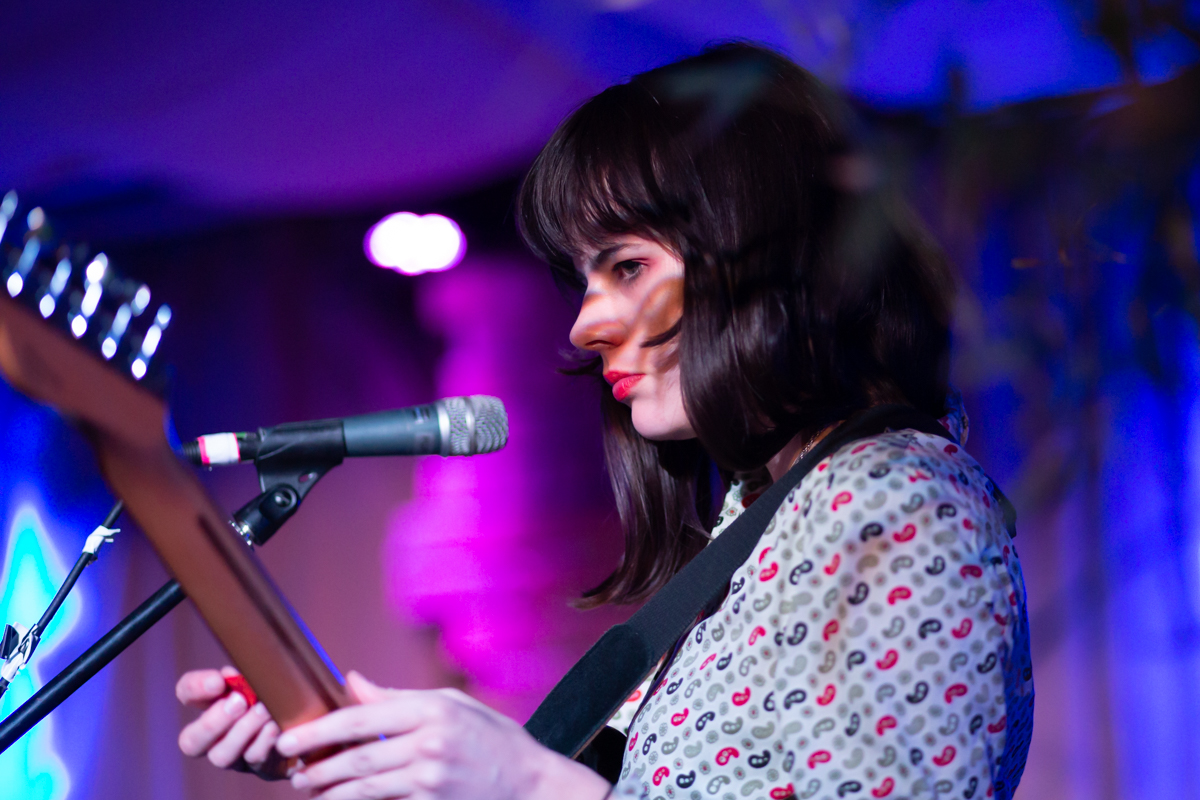 Leeds post-punks, Drahla, don’t let a Champions League hangover deter them from a memorable performance, as Getintothis’ Simon Kirk was there to witness.

The weather is horrendously shit, but for those who choose to be here, that’s no deterrent. In fact, it’s barely worth mentioning, for the red half of Merseyside steadfastly remains drenched in feral euphoria after Liverpool Football Club‘s Champions League heroics against Barcelona last night. For those of the red persuasion, a hangover hasn’t felt this good for quite some time – this writer included…

The roundball game aside, there’s the small matter of Leeds post-punk collective, Drahla. If their debut album, Useless Coordinates, is anything to go by, then their arrival in Liverpool will be the icing on the cake of what’s been twenty-four hours that have questioned the realms of reality.

London’s Sleep Eaters kick things off and we can safely say they do this in fine fashion. Fluent providers of country licks, Sleep Eaters spit out something that could be described as countryfied roadhouse rock. Music for spaghetti western enthusiasts. Sleep Eaters’ glorious noise fills the empty room with a certain radiance. The Gun Club and Crime and City Solution would be proud, of that there is no doubt.

Local dwellers, Eyesore & The Jinx, are the next cab off the rank and suffice to say, they are indeed the exponents of upper echelon garage rock. Most of us already know this, but it’s always worth mentioning.

Our resident Jinxsys (yes, we follow their social media) don’t disappoint. Their buzzsaw guitars and Oh Sees-like enthusiasm goes down well with the small turnout. On An Island, Waste, Leisure Time and Scum Scum Scum all get the usual Eyesore treatment. Straight up and down no fucking about. It’s just a shame that there aren’t more heads in to will on Toxteth’s finest.

Shortly after Drahla, consisting of Luciel Brown (singer/guitarist), Rob Riggs (bassist) and Mike Ainsley (drummer) enter the stage. They are followed by XAM Duo‘s Chris Duffin who is the unofficial fourth member of the band as saxophonist. From here the dissonance begins.

Listening to Drahla live is like fiddling with a rubik’s cube. On record, they provide a left-of-centre brand of post-punk not a world away from the masters of mental nimbleness, Wire. Live, however, this is a different beast which emerges from the forest.

We get a large chunk from Drahla‘s new album, Useless Coordinates. And so we should, because a) it was released last week and b) because it’s an accomplished piece of work. Very accomplished, in fact.

Luciel Brown spits and snarls with great pleasure during Primitive Rhythm. Invisible Sex and Unwound sees Mike Ainsley pounding the drum skins like a beast possessed. He defines this game of sonic chess, for his style is more in the realms of your straightforward rock ‘n’ roll drummer, but somehow it works in this swirling racket of no-wave lunacy.

Saxophonist, Chris Duffin, is the link which expands Drahla‘s artistic boundaries. In fact he is the link which forces these boundaries to crumble. His incessant skronk jams prove to be quite the unique weapon for a band swimming in such waters. There’s an avant-garde elusiveness that enmeshes admirably with Drahla‘s jarring commotion. The influence of ’90s underground chaos creators, Moonshake, resonates with tracks such as Stimulus for Living  and Serotonin Level.

Another whopper on the @Harvest_Sun conveyor belt as @eyesorejinx and Drahla smashed it out the park with taut, naughty grooves. Wednesday injection of goodness – much needed. 🎷 pic.twitter.com/xG2Y0O1ygl

Then there’s Twelve Divisions of the Day. It’s the band’s most conventional song but it’s their finest, sounding like a B-side from Sonic Youth‘s Rather Ripped and we mean that in the nicest way possible. It’s post-punk to drive down the coastline to but make no mistake, it’s elusively barbed with a gnarly edge with Riggs‘ bullet train bass proving the ultimate driving force.

The band finish with React/Revolt. Once again, Duffin‘s saxophones take centre stage, proving the most potent weapon in the Drahla arsenal.

The band modestly thanks the audience (all of 30) and leave the stage to occupy their position at the merchandise table. It’s equally great to witness something like this and frustrating that a performance doesn’t garner the turnout it deserves.

Seeing a band like Drahla tearing down their own sound template to form a mind-bending discordant brand of psychedelia is beyond admirable. In the modern age, one could define it as sub-conscious self-sabotage.

Dissident, acerbic and cutting through like a hot knife to butter, they may not win many new ears doing this but it’s all in the name of art and believe us when we say that Drahla are very much artists in every sense of the term. 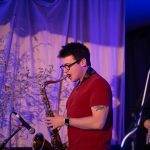 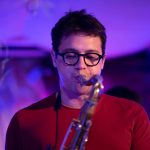 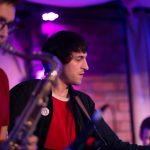 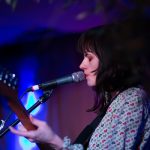 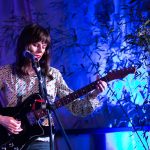 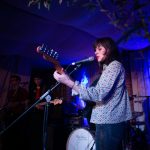 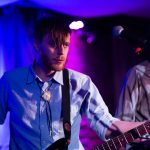 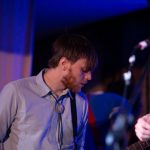 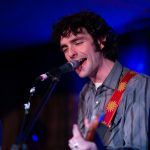 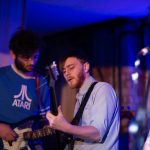 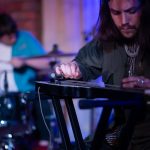 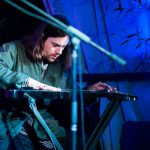 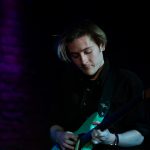 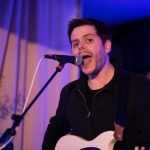 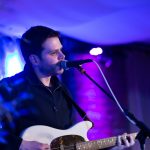 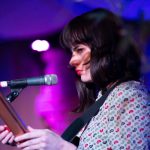