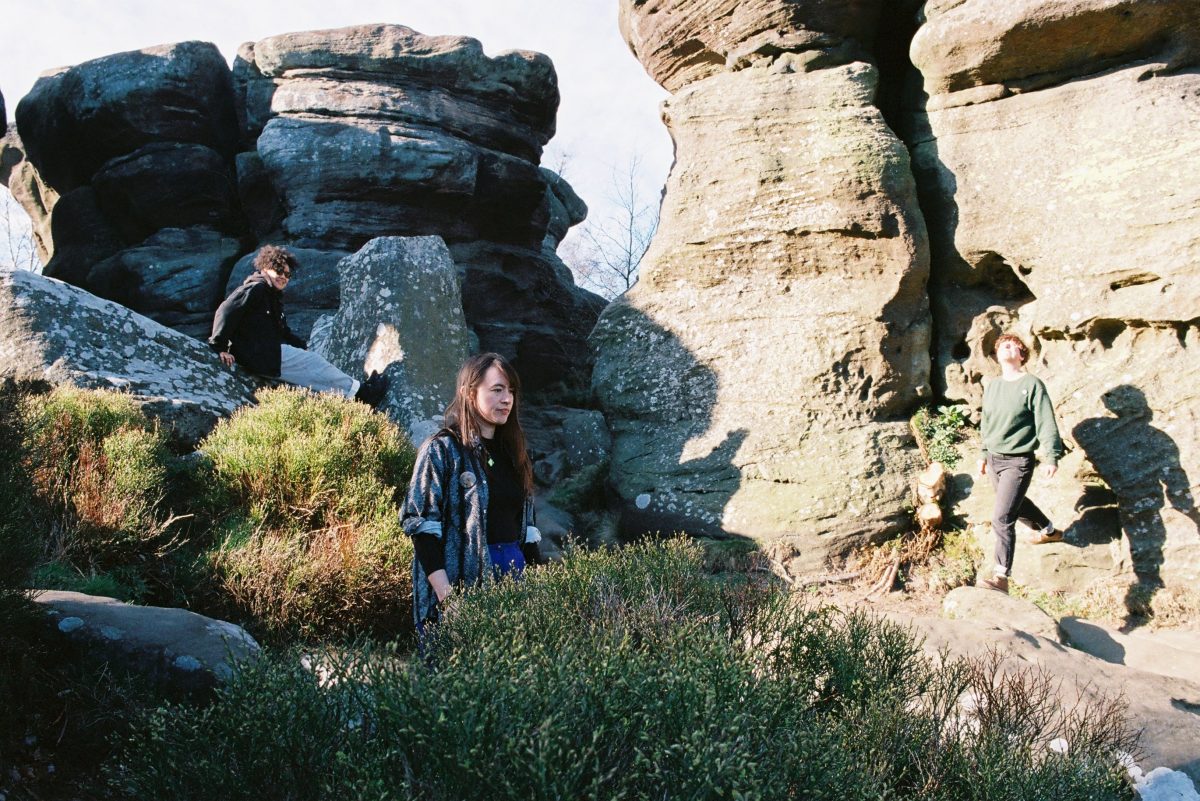 A mixture of established acts and local bands make up this week’s Singles Club as Getintothis’ Michael Maloney listens in.

Trash Kit release Horizon ahead of their third album of the same name.

There’s a heavy African vibe in this track with some fantastic Zimbabwe style guitar played throughout by guitarist Rachel Aggs. Trash Kit described how the song and album have been inspired by the music of Zimbabwe and the works of Afro-futurist author Octavia Butler.

The jangling guitar riffs are joined by afrobeat style horns as Aggs’ vocals make a brief appearance before allowing the music, mainly the guitar to take centre stage.

It’s a funky piece of music that you can’t help but move to, those guitar licks, that drumming, it’s all just so hypnotic.

Niki Kand offers up another slice of synth-pop with the second single from her debut EP which sees her collaborate with Swedish producer Summer Heart.

Naughty Boy is a song with a story revolving around a not so perfect relationship viewed from the woman’s point of view, ‘I don’t wanna mess with bad boys’ sings Kand. Built around a catchy drumbeat and with a polished production, this is a fresh sounding single that hits all trademarks of a top 20 pop song.

An atmospheric track from URF, Solitude feels like a haunting late night walk down side streets and back alleys.

A brooding guitar introduces the single before a foreboding basslines lead into Abi Parnell‘s vocals. From here on in the pace and sense of threat grows even more before exploding into a full-on shoegaze soundscape as Parnell wails above crashing guitar, bass and drums.

There’s elements of Echo and The Bunnymen and The Cure to be found within this song so fans of both will be in for a treat.

Mattiel Brown has a magpie’s instinct when it comes to vintage sounds, her songs are a little bit 60’s rock and roll and a touch of 70’s garage rock and it works in her favour as every song seems to sound so familiar like a forgotten classic you’d find on a Nuggets compilation.

A toe tapping garage rock guitar riff directs this tune which sees Mattiel assume the role of a would-be lothario, ‘Not my rodeo, not my Michelangelo‘ this clearly isn’t the type of man that impresses her. Apparently Je Ne Me Connais translates as “I don’t know myself” clearly she’s asking certain men to go and take a good long look in the mirror.

Psych rock all the way from Gdansk, Poland, Trupa Trupa bring us a heavily political song in the way of Remainder.

Built around the refrain ‘Well it did not take place’ the song is a two-fingered salute to all those who call fake news and try to whitewash the past while spouting nationalist ideologies.

Driving drums and dissonant guitars create an atmosphere full of dread that makes you feel like the whole weight of the world is bearing down on you, which given the current political climate we find ourselves in makes perfect sense.

Big Thief‘s output tends to consist of either melodic folk-infused band numbers like Masterpiece or quieter solo pieces such as Mary. Orange is the later of the two with Adrianne Lenker‘s vocals front and centre.

Lenker has the kind the of voice that we could sit and listen to her sing the telephone book it’s sincere, fragile and full of emotion whereas some artists will burst their lungs to convey their feelings, Lenker gets more fragile and Orange allows her to show off her range perfectly.

Primavera Sound 2019 – Ones to Watch including Big Thief, Stereolab and Sons of Kemet

Made up of members from Swedish bands GOAT and Hills, DJINN‘s Djinn and Djuice is a restrained piece of instrumental experimentation.

Mixing elements of jazz and traditional Arabic folk music the band members never get caught up in showing off their virtuosity. The saxophonist knows who long to shronk the horn before becoming indulgent and the pianist keeps a nice variation between melodic and off-kilter while the drums keep everything from spilling over into a complete cacophony of noise.

Man & The Echo – Life on an Island

Warrington art-poppers Man & The Echo whet our appetite for their new album, Men Of The Moment, with teaser single Life on an Island.

Guitar, synth and drums combine to create a summery uplifting vibe that contrasts the darker lyrical content of the song, which focuses on a man remembering a great day he had while his life has now started to slide away from what he expected it would be.

Local rockers The Bohos return with their latest single, Stupid.

This wall of sound song revolves around Fin Power‘s vocals as he verbalises the internal dialogue of someone who’s constantly put down, by other people and the voices in his head.

It’s a catchy punk song in the vain of Idles or Fontaines DC singing about contemporary issues, but it’s not at all preachy it’s just very matter of fact and we bet you’ll be singing “I’m stupid, you think I’m stupid” before the song ends.

Serge of Kasabian fame is doing his own thing and he’s going by the name of The SLP.

Favourites, doesn’t veer too far from the Kasabian sound so fans won’t have too much to worry about Serge putting out something completely left-field but it also begs the question why go solo if you’re just going to create something so similar to your existing output?

The tune consists of the usual Kasabian guitar sound and distorted vocals but the main difference to this song is the addition of Little Sims who does help lift the song and add a different dimension to what is essentially a single that’s trying too hard to be relevant while still sounding like a mid 00’s anthem.