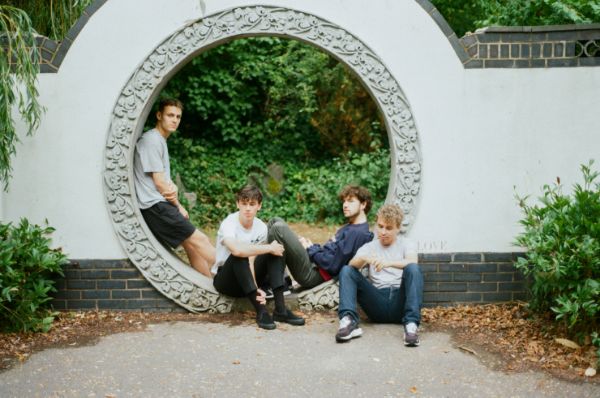 Liverpool four-piece The Night Café have the date for the release of their debut album which will be accompanied by a UK tour. Getintothis’ Amos Wynn has the news of a hometown date.

The Night Café have become one of the most exciting upcoming bands on Merseyside across the past few years.
They’ve released numerous singles and two EP’s, they’ve supported the likes of The Wombats and Circa Waves, and they’ve had plenty of headline shows up and down the country as well as main stage appearances at Liverpool Sound City.
The four-piece will release their debut album 0151, aptly named after their hometown telephone code, on August 23.
As well as featuring some of the bands earliest releases, the album also includes brand new tracks for fans to enjoy. So far they have released singles Endless Lovers and Please from 0151, which will give fans a feeling of what’s to come.
To celebrate the release of their debut, The Night Café will also head on a UK tour starting in September, which kicks off on September 21 at the Academy in Dublin.

They also head to the likes of Oxford, Manchester and Sheffield as part of the 19 date tour, which ends at Liverpool Olympia on Friday, October 18.
Pre-sale tickets go on sale on May 10 for fans who pre-order the album, whilst general release tickets are available from May 17.
Prior to that they’ve got Dot to Dot Festival, Community Festival and Reading and Leeds to look forward to, as well as a support slot at Manchester’s Castlefield Bowl.
With plenty of excitement for The Night Café, 2019 could be the start of something special.

Pre-order ‘0151’ to gain access to our tour pre-sale and be the first to see us on our heeeaviest tour to date – https://t.co/lV69kROgEb pic.twitter.com/jOGSztkGjG