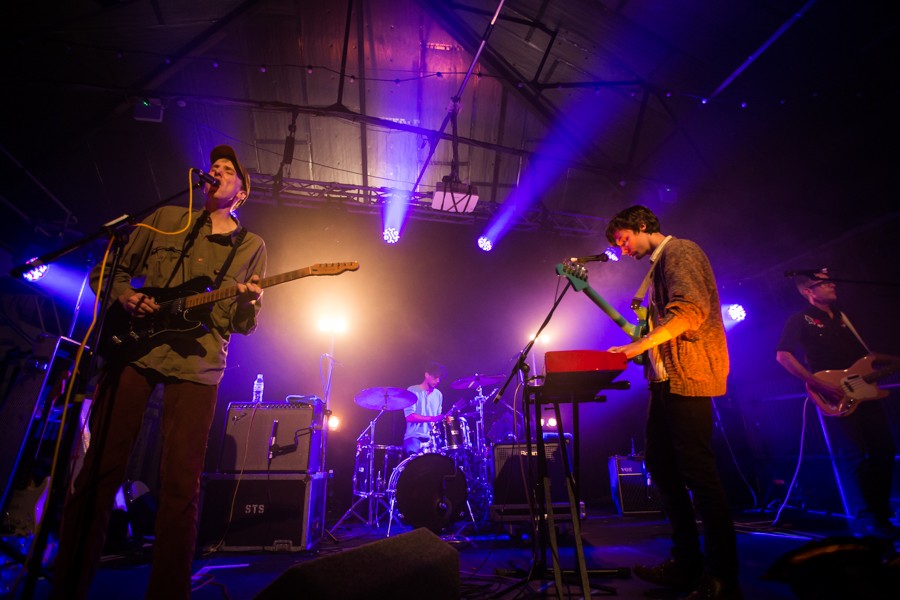 Deerhunter have announced a tour of Europe and the UK that includes their biggest London show to date, Getintothis’ Chris Flack has the all important news.

Georgia rockers Deerhunter have announced a UK and European tour that includes their biggest London show to date at the Roundhouse in Camden and a show a little closer to home.

Having released their eighth studio album, Why Hasn’t Everything Already Disappeared? to critical acclaim, they’re taking their new material out on the road for a summer of headline shows.

Hailing from Atlanta, Georgia, the band came together in 2001. With a line up that changed often in the early days and the loss of a founding member to an accident they recorded and released their first studio album, Turn It Up Faggot in 2005.

Their follow up released in 2007, Cryptograms was thrashed out in a studio in just two days, delivering ambient noise and a rash of proper garage rock tunes.

They released two further albums, Microcastle and Weird Era Cont., in 2008, their fourth studio album, Halcyon Digest saw the light of day in 2010.

Another line-up change came before their garage rock long player Monomania landed in 2013, and it’s on this record we see Deerhunter get dark, heading down disorientating and disturbing paths, it is all noise, bugs, rodents and psychosis.

Fading Frontier was released in 2015 and their most recent record, released in January Why Hasn’t Everything Already Disappeared? is bringing them back to these shores once more.

Why Hasn’t Everything Already Disappeared? has garnered some of their highest praise to date so we would expect these dates to sell out pretty quickly.

Deerhunter’s critically-acclaimed eighth LP Why Hasn’t Everything Already Disappeared? is an album that speaks of the numerous geographic points in which it was recorded across North America.

The race is on among the Getintothis staffers to cover their Manchester show in the Ritz, and that’s always a sign of a quick seller. We would suggest you move fast.