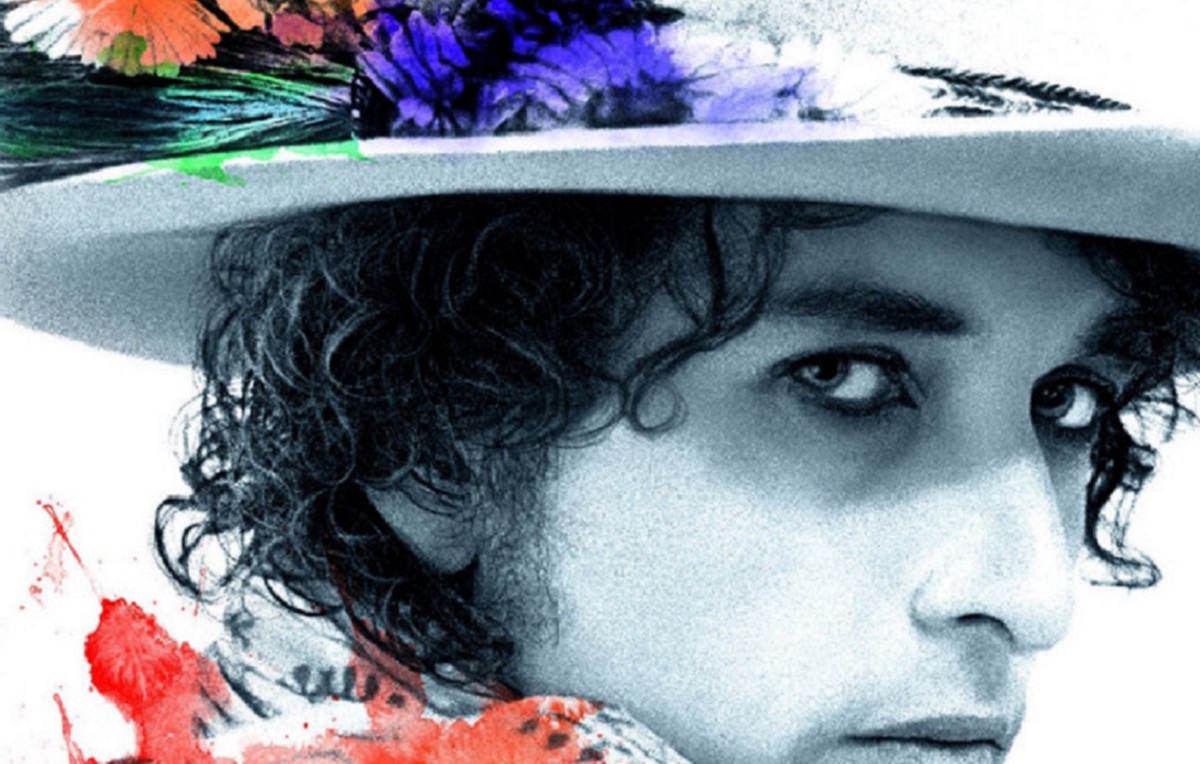 Spoiler alert: We would highly, highly recommend you watch Bob Dylan and Martin Scorsese‘s new film Rolling Thunder Revue first, before reading the rest of this article. Otherwise, it’d be like finding out Bruce Willis is already dead in Si… oops, sorry. But honestly, go watch it, read this, then we’ll talk.

Ready? Ok, on with this…

Early on in Rolling Thunder Revue: A Bob Dylan Story by Martin Scorsese, Dylan sagely reasons “life isn’t about finding yourself or finding anything… it’s about creating yourself”.

Why are these two statements important? Because, as ever, in this film, Bob Dylan is trolling us. Six decades on, the wonderful bastard is still tying us in knots.

Just like some scholars consider James Joyce to be the ultimate troll, namely postulating that he released Finnegans Wake to keep critics and the like busy for centuries, looking for answers that aren’t there, it wouldn’t be too great a leap to consider many aspects of Bob Dylan’s career in a similar light.

Just when we think we, the braying public, have ‘got’ Dylan and know what to expect, he’ll throw us a Christmas album. Or a trilogy of religious albums. Or in this case, an imagined history of a real tour.

Martin Scorsese and Bob Dylan have seemingly teamed up here, along with a cast of pranksters in on the joke to create a semi-fictious account of the monumental Rolling Thunder tour.

The twist? We’re never told it is half-made up of completely fabricated stories.

Great great documentary! Everyone should watch the whole 2 hrs 30 mins. Really is amazing a historical place in music and life

The whole thing is presented as a serious and rare opportunity to see and hear Dylan reflect on the tour; quite the coup, given this is a man who famously doesn’t look back.

Indeed, on first viewing, this writer was enraptured by tales of Dylan telling a 19-year old Sharon Stone he’d written Just Like a Woman for her, or mystified by the idea he’d got the idea for white makeup on stage from seeing a Kiss show (Kiss?!) and was also magnetically drawn into the developing animosity between filmmaker Stefan Van Dorf and just about everybody (including the filmmakers of this very film).

To then read via Rolling Stone, after watching it, that this was all bollocks, was a combination of frustration, awe and sheer delight. We have again been wrong-footed by the man who has created an existence out of wrong-footing just about everybody.

In short, Sharon Stone wasn’t on the tour, Dylan didn’t see Kiss and – maybe best of all – Stefan Van Dorf doesn’t even exist. And here he is – not wearing a mask – practically telling us he’s chatting nonsense and we’re none the wiser.

There are further invented stories and characters I shan’t go into here and doubtless other Easter eggs and little white lies to find, which, it must be said, is one way to draw somebody back for second (third and fourth) viewings.

Also, it must be said that there are, of course, more than a few truths on show here and this is not Spinal Tap.

Dylan, of course. He knows everything – and I think he’s guarding a cache of much more to tell us..

For those new to the tale, a quick recap; in 1975, thoroughly bored by his back-from-the-wilderness tour with The Band the year before, Dylan chose to tour again, but instead of playing to more soulless arenas, opted to load touring buses with misfits and shining talent and hit the road.

Playing to significantly smaller venues, in smaller towns, he assembled an entourage that tried to recreate the old travelling circus shows that in years gone by would roam the dustbowls, rolling from town to town.

Figures as established as Joan Baez, Joni Mitchell and Roger McGuinn came along for the ride, in addition to Allen Ginsberg, Mick Ronson and Ramblin’ Jack Elliot. The show itself was a five-hour spectacle, part theatre, part festival.

Weaved in and out of the truths, the lies and the ‘who knows?!’ is footage of Dylan and co roaming the country as part of this. Live, Dylan was at the peak of his powers and the footage included here, featuring full-length performances, rehearsal sessions and impromptu sessions at social clubs (no, really, that bit’s true) is electric.

Rarely was Dylan ever more focussed or passionate; his magnetism is clear for all to see and to able to watch this material is a genuine treat. Likewise, the (one assumes) ‘real’ footage involving Joan Baez and other companions is fascinating, even if it offers us little insight into what was going on behind Dylan’s mask.

Seeing Ruben ‘Hurricane’ Carter interviewed and speaking of his time knowing Dylan is as heartening as it is fascinating – regardless if it is all true or not.

Tellingly, both Carter and Dylan speak of the song-and-dance man’s constant pursuit of something intangible (“I’m searching for the Holy Grail” Dylan suggests), which when held up against the earlier assertion that life isn’t about finding, but creating, sheds further insight into Dylan’s constant blurring of the boundaries between truth and fable.

No matter what we know to be real or not, this is a fascinating document of a monumental tour. It barely scratches the surface of what went on (imagine not having time or space to talk about the time Muhammad Ali turned up at a Bob Dylan gig, for instance) and when compared to Scorsese’s previous Dylan film No Direction Home, it is much less narrative and invites the viewer to draw their own conclusions or fill in the gaps in the story themselves.

Even without the twist of half of it being fake, it’s stunning and essential viewing. With this twist, however, it becomes a jaw-dropping spectacle of art that exists on the borders of reality that leaves one scratching their head and with little alternative but to succumb in astonishment.

Towards the end of the film, Dylan is asked what is left of the Rolling Thunder tour; “nothing…just ashes” he replies, crucially not wearing a mask. In creating this myth involving exaggerated stories, fictitious encounters and fake characters.

40 years on from the tour, Dylan has somehow ensured the spirit of the Rolling Thunder, that mysterious, mythological travelling freak show lives on, and we’re all caught up in it, whether we know it or not.

We shouldn’t be surprised, really. Ever since a fresh-faced minstrel boy freewheeled into New York’s Greenwich Village in 1961, dressed like Charlie Chaplin impersonating Woodie Guthrie, clutching a bucketful of songs he’d half composed, half stolen and claiming to be a circus runaway, the world has been asking “who is the real Bob Dylan?”.

After this, are we any closer to answering this? In a word, no. To quote the man himself, “nothing is revealed”, but somehow, in a way only Bob Dylan can manage, rather than detract from his legend, it only adds to it.

What will he do next? God only knows, but heavens above, I can’t wait to find out.