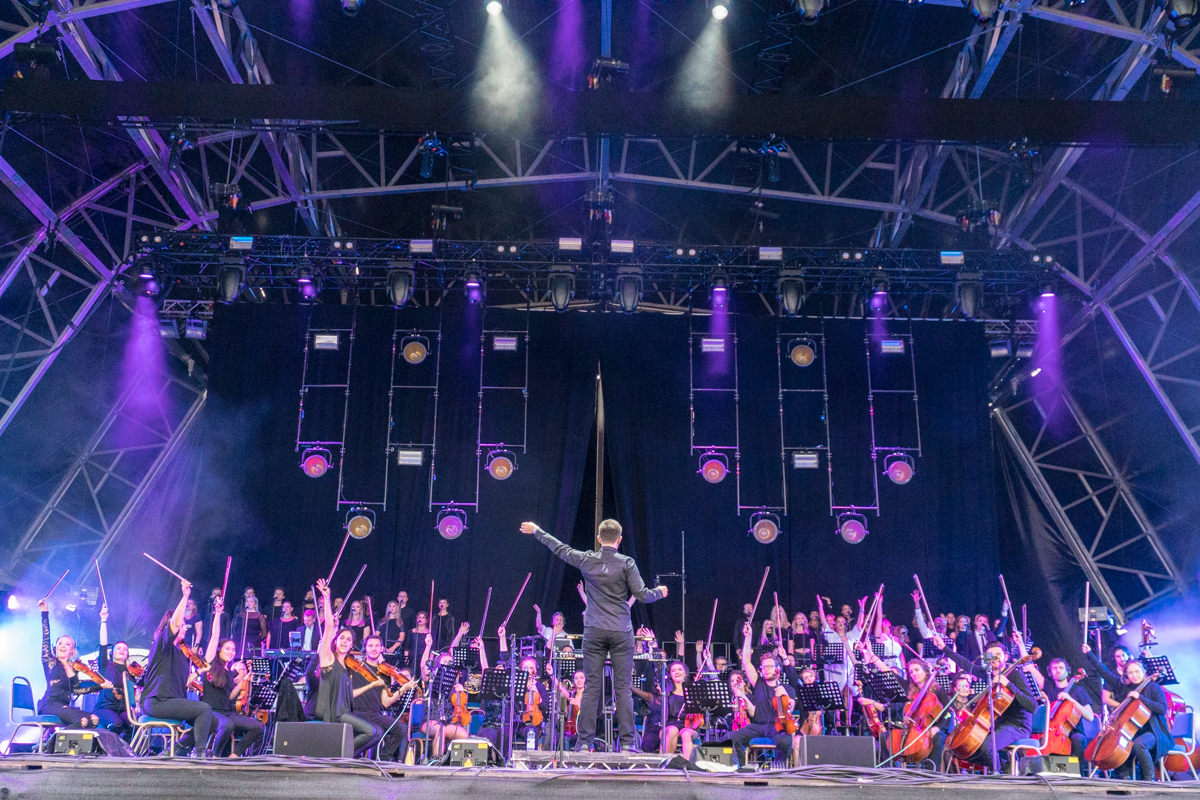 Cream bring their classical event to Liverpool’s Sefton Park and Getintothis’ Conor Baxter dances his way back with the details.

Cream Classical has been held with overwhelming success in the Anglican Cathedral on numerous occasions.

It wasa fitting time then time to take the nostalgia inducing club night to a much bigger venue. Building on the scale and success of the Classical at Creamfields and the Cathedral, Sefton Park was the venue of choice.

This allowed for 20,000 people to either relive their youth, or continue their discovery of it.

Club classical nights are nothing new, but none perhaps are done better than Cream‘s. It seems only fitting that an organisation which built many superstar DJ’s and created its own sub-culture is able to craft an event with some of the scale of Creamfields, but in the heart of Sefton Park.

The lineup on paper was impressive, and it’s fair to say that all of the DJs and the Kaleidoscope Orchestra lived up to the hype surrounding the day.

A perfect example of this was Roger Sanchez. Somehow we find ourselves in Sefton Park at four thirty in the afternoon and one of Glitterbox’s leading DJ’s, and an out and out legend in Ibiza is taking to the stage to drop bullet after bullet.

Sanchez never misses, and his mixing is flawless today, as it always is. His infamous radio show Release Yourself has only grown in reputation and avid listeners such as ourselves had our first euphoric experience of the day as he dropped remixes that he has been putting in his radio shows all summer.

It marked the start of Cream Classical for us, and the Cream Arena was about take it up a few levels as Todd Terry took to the stage.

Almost like clockwork, the heavens opened and a downpour of rain drove hundreds more people under the cover of the second stage.

As always, Todd plays to the crowd in front of him and boy did he know what this crowd wanted. Three records in and anyone who was wet from the rain before, had probably danced the last remaining drops off them as his set continued the increase in pace.

The day turned to early evening and the sky brightened (somewhat) as Paul Oakenfold took to the stage to give every lover of Trance in Sefton Park a trip down memory lane, and then some.

At the very height of Trance in the late 90’s Oakenfold was voted the best DJ in the world. Twice. It’s no surprise we get to experience his signature nonchalant domineer as his twists and turns his way from one anthem to the next, sending some sections of the crowd into overdrive.

For some who have made the trip from further afield, this may have been the first time they have seen Oakenfold since the late 90’s. What an experience it must have been for them to relive the moments that shaped their younger years.

There’s an overwhelming sense of “the good old days” about Cream Classical to a lot of people. Of course there is, their USP is nostalgia with a twist.

But it is well worth mentioning the audience are predominantly younger than the average 90’s raver would be today. The park is amass with late teens and early 20 somethings experiencing the songs they perhaps grew up with as young children. The radio was awash with Sonique and Kings of Tomorrow as they grew up.

They have come of age where they can appreciate and enjoy classics, mixed with some of 2019’s newest music.

However, as the DJs continued their onslaught of classic after classic, we are not so sure that any audience would appreciate the queues that had formed, largely for the bar, but also the toilets.

The staff did the best they could to work with the situation, and patience was definitely required for the use of the toilets. It didn’t take anything away from the music, but it did mean people had to take time away from the two stages.

People found themselves stepping forward rather slowly to the front of the bar, as opposed to two stepping long into the night to the soundtrack of the late 90’s.

We heard Strings of Life three times during the Cream Classical. From three different DJ’s, each time it was met with euphoria and ecstasy. In fact, the whole evening was full of “YESSSS” moments from the crowd as one track ended and another was somewhat seamlessly but suddenly dropped into the mix.

There were only good vibes coming from the crowd as the evening wore on. Ayalah Bentovim of Faithless pulled together a brilliant set, full of high energy on the stage, her energy amplified through the sound system.

Citadel Festival: review, what we learned and the best bands from Gunnersbury Park

It led perfectly into the main act – The Kaleidoscope Orchestra performing classics to the now 20,000 strong crowd.

They opened with You Got the Love. Of course they did.

The orchestra begins with their hands in the air, the crowd follow suit. It was a moment that perfectly articulated the feeling in the Park, and demonstrated what Cream Classics is all about. A feeling of togetherness in a time when perhaps it feels like many of us are further apart than ever before.

Music has always had the ability to bring people together. As the set continued, it was pleasing to see a lack of mobiles being held up in the air to record minute long clips for social media.

Perhaps this was due to the Sefton Park being somewhat of a a black hole for signal during busy periods, but we are full of good feelings tonight, so we will put it down to people just wanting to enjoy the moment.

The strings continued, the bass pounded away and special guests took to the runway to perform. It was a joyous evening, filled with good spirits from everyone who came together in Sefton Park.

There were fitting moments throughout the set, where we only could have wished the sun was setting behind the main stage.

It would have been a fitting ending to another impressive show from Cream. 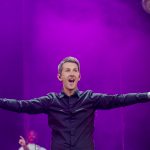 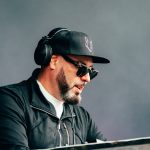 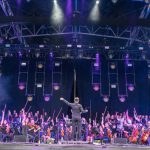 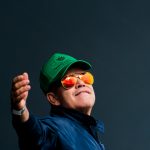 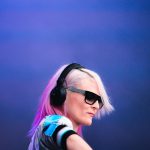 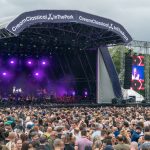 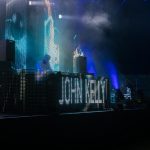