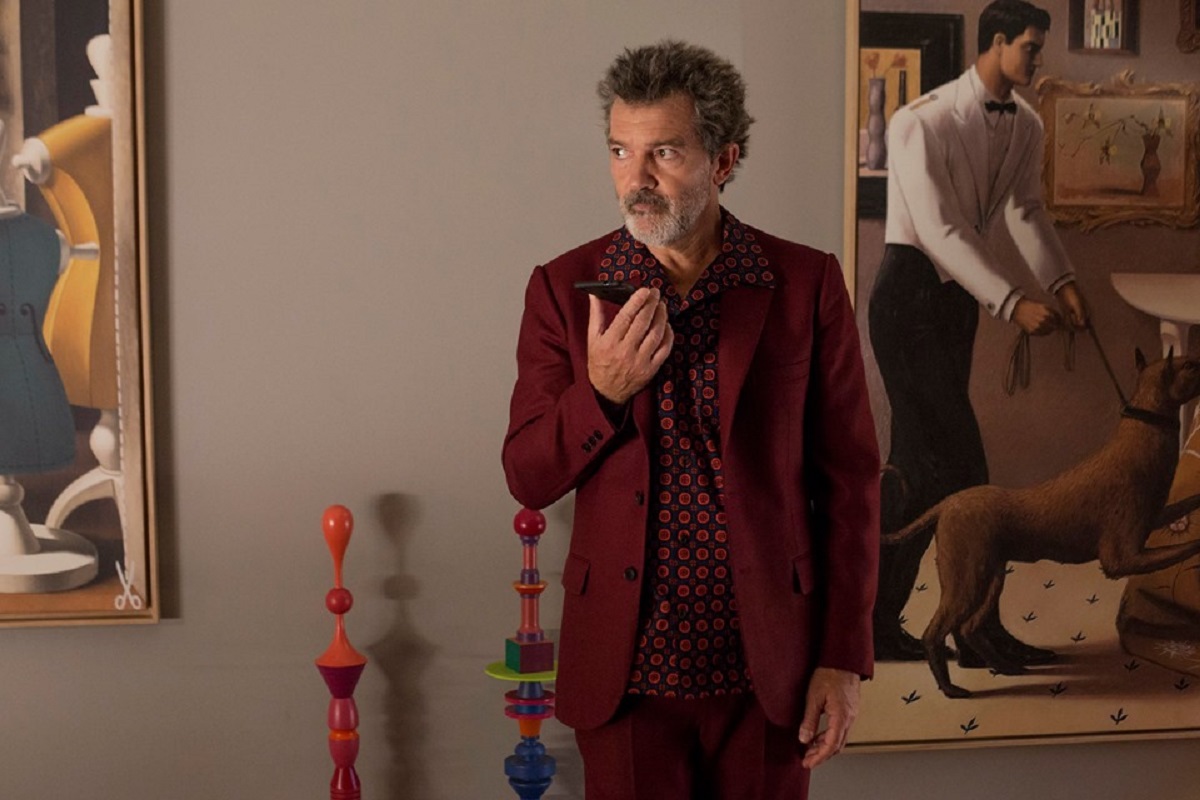 Pain and Glory portrays the life of a film director in decline. The pain being his past regrets and his current poor physical health and the glory being his successful career in film.

Much of the storyline mirrors the life of Spain’s most prolific film maker; a gay man born in the 1950’s into a Spain still under the thumb of a culturally repressive dictatorship right through to the post 1975 cultural explosion and beyond.

Even the protagonist Salvador Mallo, played by Antonio Banderas is a clever anagram of Almodovar.

Banderas, who won Best Actor at the 2019 Cannes Film Festival for his portrayal of the ageing director, puts in his strongest performance to date in an Almodovar film, desperately trying to reconcile and forgive key figures from his past and recover from his deep depression.

If you haven’t seen an Almodovar film before, this latest offering is a gateway to his rich and diverse back catalogue, all of which would engage anyone with a passing interest in cinema.

From the punk inspired and slightly shaky start in 1980 with Pepi Luci, Bom, through to the polished  Academy Award winning All About My Mother, Almodovar has never been shy to turn the spotlight onto real world issues; a trailblazer in LGBT+ films with gay and trans protagonists, old and young, since the 1980’s.

He has tackled every contentious issue under the sun; a very hot and fiery Spanish one at that, from rape, abuse by the Catholic Church, drug abuse, paedophilia, transvestites, prostitution, HIV and AIDs, depopulation of rural Spain, social deprivation, disability, kidnapping, sadism, masochism, terrorism, police corruption, extreme cosmetic surgery, the follies of reality TV, bull fighting, love triangles, murder, incest, unwanted pregnancy to hospital bedside dramas to name but more than a few.

Do not assume that all of these gritty topics unequivocally deliver miserable endings.

Perpetrators are often taken to task and get their retribution beside gloriously kitsch and camp backdrops with a fair sprinkling of black comedy genius.

Almodovar is feted for awarding the meatiest roles to female protagonists and expertly expressing the female psyche.

There have been a couple of turkeys in the midst, the unashamedly weak I’m So Excited based for its entirety onboard an aeroplane and the reality TV inspired Kika remembered for its unsympathetic portrayal of rape.

Exit Music(For a Film): Getintothis’ monthly round up of the best cinema picks

Back to the present with Pain and Glory, which is based around a number of back stories: the relationship with Mallo’s mother played by Penelope Cruz and Julieta Serrano, his ex partner Federico (Leonardo Sbaraglia) and ex colleague Alberto (Asier Etxeandia).

A chance meeting with a former actress colleague puts him back in touch with the drug addicted Alberto, who he has not spoken to in thirty two years since a quarrel on set.

Mallo reconciles with Alberto over a heroin wrap, at his behest, never previously having smoked it before.

Ironically the heroin serves as a better painkiller than any of his myriad of legally prescribed medications and opens a portal to his memories of his mother.

As Alberto strives to kick his habit, Mallo becomes more reliant on the drug.

From the heroin induced flashback sequences with his mother, we learn that he spent his formative years living in abject poverty in a rural cave dwelling and won a scholarship to a seminary after which he refused to join the priesthood, instead seeking fame and fortune in Madrid.

Mallo harbours a lot of guilt around his mother’s death and we witness her last conversations with him at his Madrid home.

She asks to return to her own village to die and Mallo agrees to this, only for her to die before her wish can be fulfilled.

The young Mallo is clearly adored by this mother and we later learn that she didn’t expect him to become a priest, but sent him to the seminary because it was the only way the poor got a decent education.

Audiences familiar with Almodovar’s work will be subsequently reminded of the 2004 film, Bad Education and the crimes committed in the boarding school setting.

Another of Mallo’s conversations with his mother centres around her disdain at not being able to live with him in Madrid immediately after his father’s death.

Mallo tries to explain that he was busy working all the time and she did not approve of his lifestyle.

When he asks her if she is proud of what he is, she poignantly does not reply.  We do know that outwardly Almodovar had a good relationship with his own mother and she even had cameo roles in his previous films.

In Pain and Glory, Mallo’s mother chides him for basing characters on the neighbours and herself and says they do not approve. 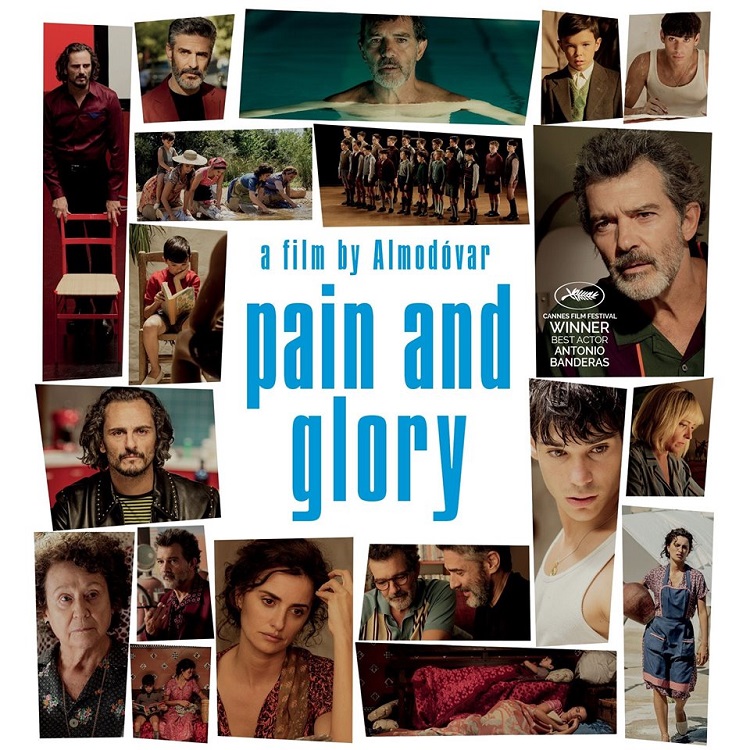 Pain and Glory merely delivers one kiss and the young Mallo fainting at the sight of a naked workman’s body.

In his mature years, Almodovar seemingly does not seek to shock. The world has moved on from 1975 and the powder keg release of years of repression. He has gone from anti-establishment to possibly the establishment.

In terms of love interest, Mallo reconciles with former partner Federico, whose heroin addiction attributed to their split.

We learn Federico has relocated to Argentina and has since married and divorced a woman and has two sons. Federico has never had another male lover although offers to spend the night with Mallo for old times’ sake.

Throughout the film, Mallo is encouraged by friends, family and doctors alike to start writing again, because it’s his life and would lift him from his depression and self-imposed isolation.

The question is can he break this vicious cycle and aspire to greatness once again?

If Pain and Glory whets your appetite for more Almodovar films on the large screen, then Picturehouse at FACT are featuring a season of his greatest films this September: