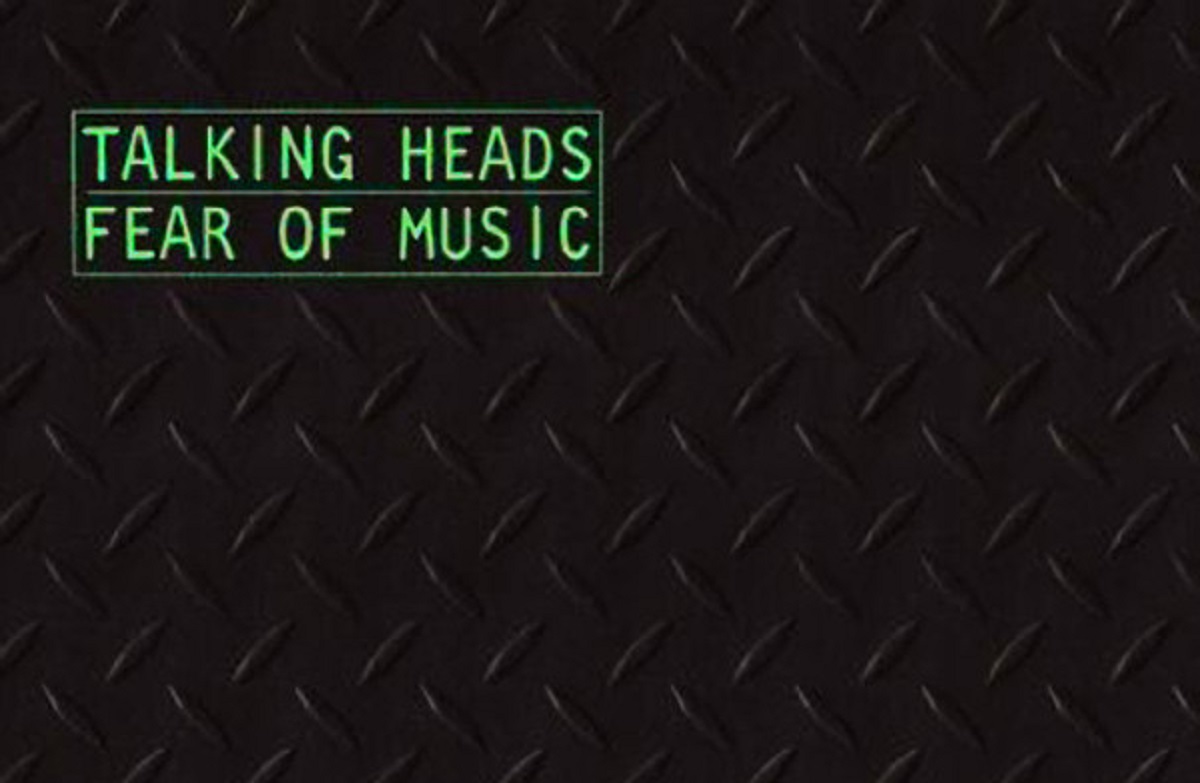 As Talking Heads Fear of Music heads for its frankly unbelievable 40th birthday, Getintothis’ Mostyn Jones looks back at an album that looked forward.

From a modern perspective, knowing the path that frontman David Byrne would forge as a luminary of music theory and the philosophy of creating art, the album stands as an artifact of genuine importance.

Since disbanding Talking Heads in the early nineties, Byrne has continued to release solo works and collaborate with artists across genres, giving particular support to emerging talent and championing work from artists in Africa and the global south through his own Luaka Bop label.

Byrne has also become something of a public intellectual, delivering symposiums and Ted talks on subjects such as the relationship between architecture and song writing. In 2012, he released How Music Works a book that’s part memoir, part music theory, and part how-to guide for young songwriters.

Fear of Music is the album where so many of Byrne’s personal fascinations came to fruition in his work, and had the many creative gambles taken by the band not paid off, the landscape of modern music may well have been changed for the worse.

Following on from their second album, More Songs About Buildings and Food, the band again worked alongside superproducer Brian Eno. As with Eno’s other collaborators of the era, including David Bowie and Bryan Ferry, the quality that is often commented on is Eno’s willingness to allow experimentation not just around producing and mastering the album, but around the whole ethos of working together.

For the recording sessions that shaped the album, the band escaped the confines of the studio all together, and instead returned to the loft apartment of bassist Tina Weymouth and drummer Chris Franz, where they had practiced together before ever being signed to a label.

To support their efforts, Eno got his hands on a van of recording equipment and ran cables up the side of the building and through their windows, capturing the musicians in their natural surroundings.

The idea that a musician’s surroundings are a major influence on their sound would be a focus of multiple chapters of How Music Works.  As Byrne would write; ‘In a sense, we work backward, either consciously or unconsciously, creating work that fits the venue available to us.’

Returning to the site of their earlier collaborations allowed the band to get in touch with their own creativity, and unlocked the unconscious mode of song writing that Byrne would become a proponent of.

The glorious thing about Talking Heads is the way that they push the boundaries of experimentation while skirting accusations of pretentiousness and affectation.  The band are nothing if not sincere and joyful, though their work is meticulously crafted on a technical level, it never feels like a music teachers’ exercise.

In his review of the album upon its release, Rolling Stone critic Jon Pareles noted the ‘odd meters’ of Animals, the ‘jumpy, angular countermelody’ of Air and Weymouth’s ‘off the beat’ bassline in Mind.

These little details of tinkering syncopation show the band’s deep understanding of what makes a good song work, and a willingness to take that formula apart and put it back together just a little bit differently; as if daring the listener to spot what’s been changed.

Lyrically, the tracks on Fear of Music are playful and erudite; Bloombury’s 33 1/3 book series, which invites authors to write on the subject of their favourite albums, features MacArthur scholar Jonathon Lethem’s take of Byrne’s voice.

Lethem calls the album ‘a self-portrait of a radically destabilised narrative stance.’ Simply put, the songs claim to be making assertions about things, then they take those assertions apart.

In Heaven, we’re told that ‘Heaven is a place where nothing ever happens’ and then that ‘It’s hard to imagine that nothing at all could be so exciting.’

In Life during Wartime Byrne paints us a picture of vans loaded with weapons and ‘gravesites out by the highway, a place where nobody knows’ set over an ecstatic and energetically danceable rhythm.

These are songs that invite us to question our ideas of tonal and genre, and of which voices get to speak on which ideas. The band plays with what is and isn’t serious by being nakedly creative and unafraid to sing what they feel.

Byrne put out his most recent solo album American Utopia to critical acclaim last year, and its accompanying gigs were hugely critically acclaimed.  Boundary-pushing work continues to be released by Byrne-collaborators like St Vincent and Anna Calvi, who appears at Future Yards Festival later this month.

As Talking Heads are consistently cited as influences by the most exciting new talents, it’s always the right time to dive back into their discography.