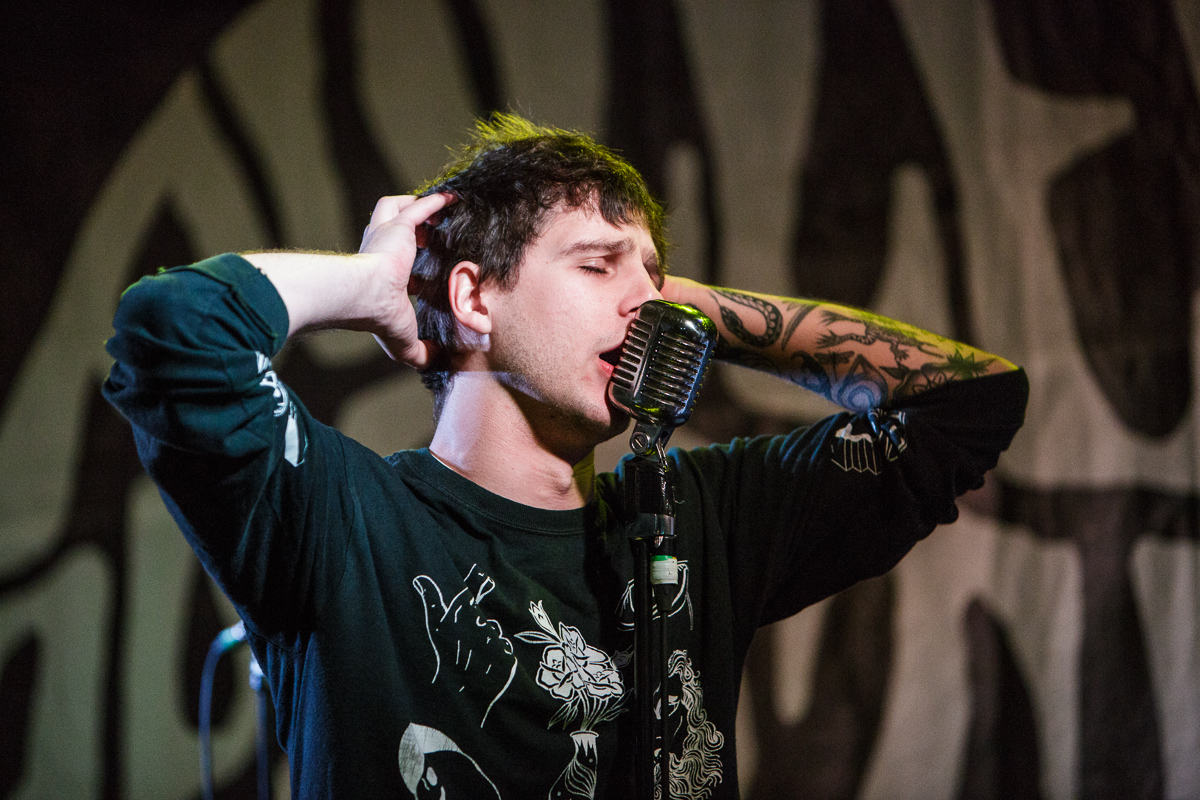 Crows have announced an Autumn UK tour, including a Liverpool stopover, Getintothis’ Steven Doherty has all of the finer points.

The dates are in support of their debut album, Silver Tongues which was released earlier this year to rapturous reviews, and a record that we described in April’s Albums Club column as “one dark brooding monster of a record, a grinding onslaught.”

They’ve spent the summer playing a myriad of festivals, mostly overseas with a few sporadic home-based ones thrown in, and the never-ending touring story is set to continue through the next few months.

They reach Sound on November 23 and tickets are already disappearing at quite the rate of knots.

Getintothis’ were privileged enough to witness Crows smash their set at Manchester’s Albert Hall playing a barnstorming show prior to headliners (and label bosses) Idles, and they hit hard.

It was a truly mesmerizing half hour, and to see it replicated in the cosy surroundings of Sound’s basement is definitely going to be one of this end of year, do not miss gigs.