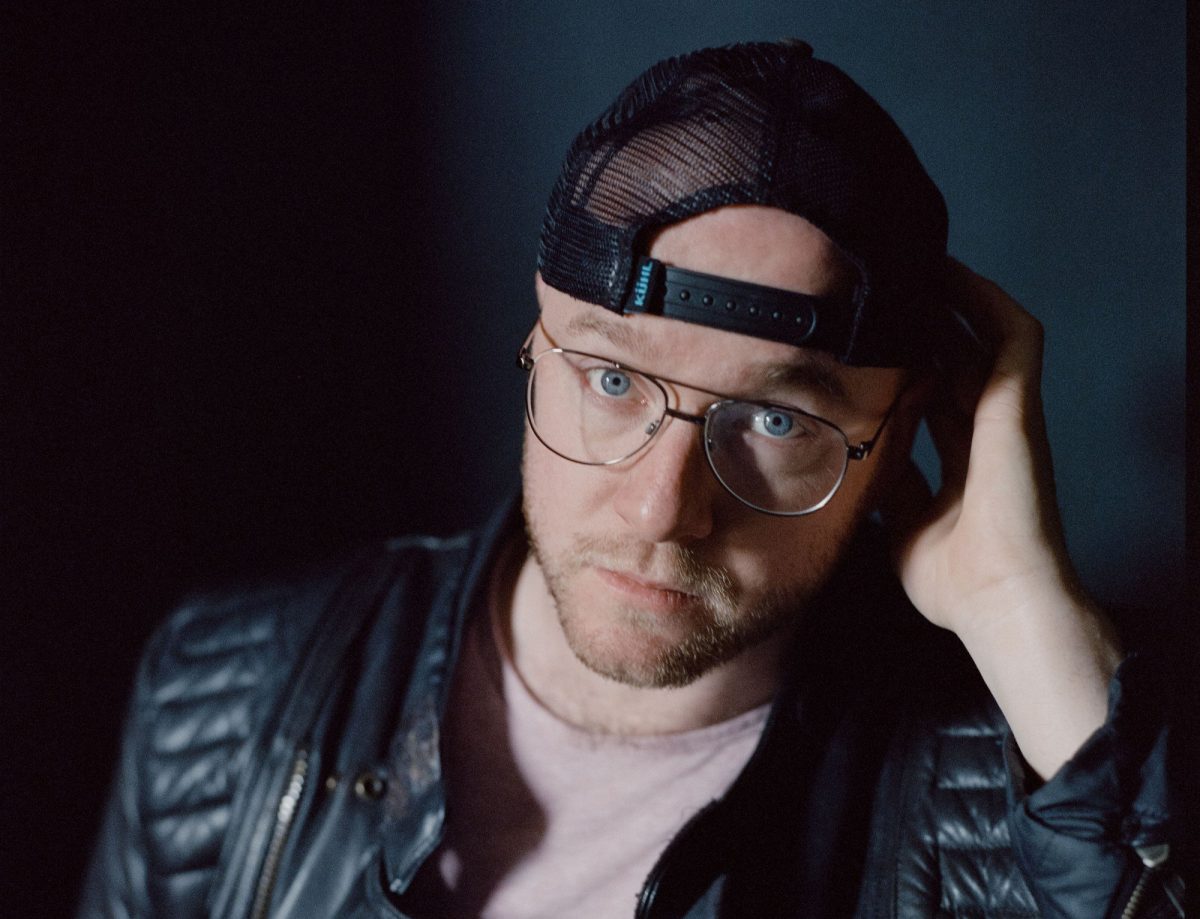 At the beginning of 2018, when Wild Beasts were in the awkward stage between split announcement and farewell shows, in effect working out their notice, Tom Fleming made a bittersweet joke to the press.

His life at that point felt like a divorce he said, and being back on the market looking for a mate. It threw up a wistful image of a man peering into an uncertain future alone.

What a difference eighteen months makes, the debut album from Tom’s new project One True Pairing – named in tribute to the phenomena of fanfiction (‘I don’t know whether you’ve ever delved into the weirder side of Tumblr?’) – is all guns blazing, confrontational and gloriously confident.

The songs on the record are unambiguous in nature, taking no prisoners, railing against the wrongness of 2019 but crucially still carrying themes of optimism and hope.

‘In Wild Beasts there were a lot of love songs, tortured love songs and I guess this is a nod to it. They’re love songs but kind of angry,’ he says of his eponymously titled debut.

Are angry love songs a thing? How does that work?

‘There is love and positivity on the record but it’s framed in this difficulty.’

It seems a bit cheeky to ask if there’s a Tinder for musicians gone solo, but the temptation is too much.
‘I guess to an extent I’m putting on my good pants again,’ he laughs.

‘Making myself visible as it were. It’s like a second beginning. The assumption is, it’s back to square one. It might not be but that’s the assumption I have to make in order to get it done. There’s a mourning going on but there’s also a new beginning.’

Over the summer, Hayden Thorpe was the first Wild Beast to release solo work with the sensual Diviner album, but Tom rages at the other extreme with his hefty punch of a record.

Raw rock with ‘knackered’ synths, and bold, barking vocals, he wrote and played everything on the album (the embryonic stage consisting of ‘me shouting into a tape recorder in my flat’), going on to recruit Ben Hillier (Blur, Elbow, Doves)  for mixing and production duties.

Going for what he describes as ‘that FM rock sort of sound but there’s a lot more rage and specificity than those songs have. I wanted that sort of spittle to get across.’

DAWN AT THE FACTORY. A hymn to t'neoliberal hellscape. Hope you enjoy 👨‍🏭 pic.twitter.com/e6ChyLFXgD

The 1980s echo throughout the record links us back to that very time, Thatcherism, an era so tough for working-class communities and those in the north. Today, here in 2019, we’re going through it all again but with a more terrifying, dystopian cloud lingering over the entire UK.

The One True Pairing album is one for the here and now; a rallying and heartening cry for all who find themselves somewhere they don’t want to be and don’t know how to get out of it. 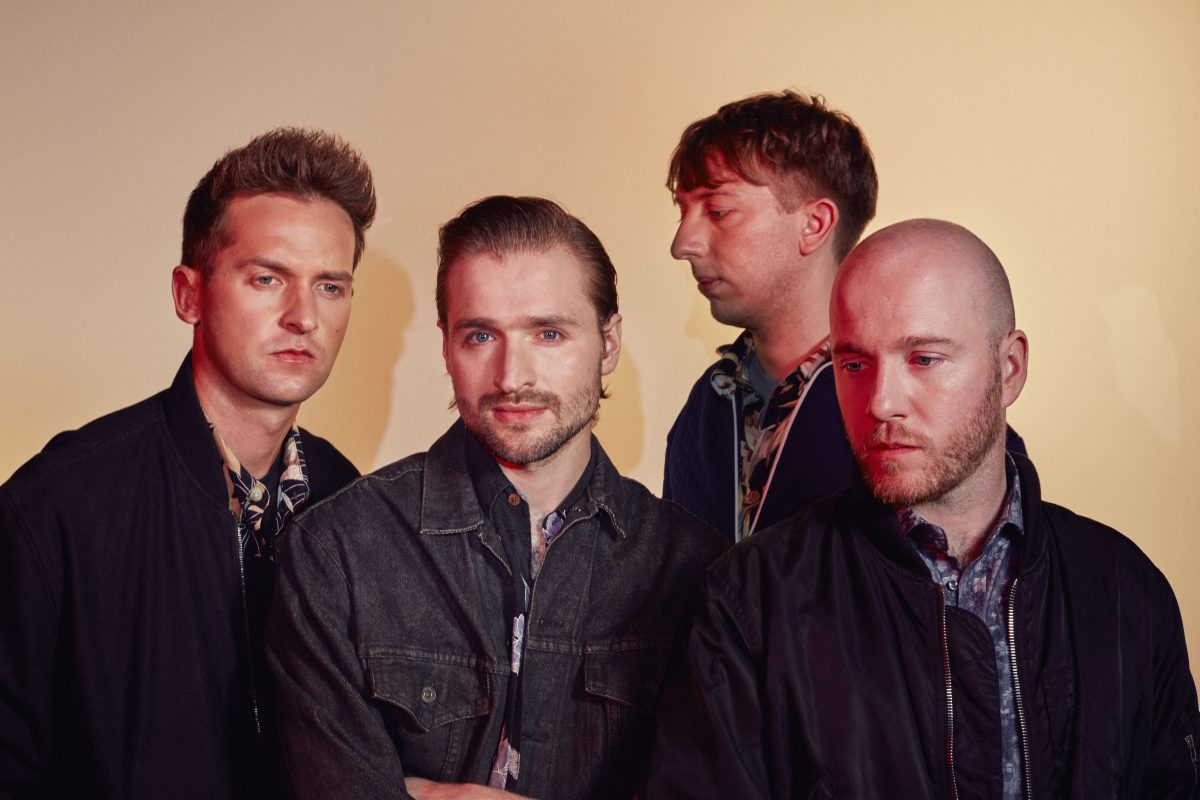 When it becomes the norm to see Boris Johnson on the telly very day and running the country – after a fashion – you know you’re living in savage times.

‘It’s the bare faced lying, isn’t it? It’s remarkable. (Wild Beasts) were in America for Trump’s nomination, recording (the final album Boy King), then we were touring it he was elected.

“Which as you can imagine was a disaster, no one wanted to come to the shows.  Then we’ve had everything that happened in this country. I think if my record didn’t have some anger and defiance I think it would be rendered irrelevant by what happened since I recorded it.’

Wild Beasts’ Hayden Thorpe on going solo, and a breakup album with a difference

Those sentiments drove the songs on One True Pairing, that sense of being cheated, a universal feeling experienced by so many. The album aims to make ‘a sense of trying to retain some hope in the face of it all.’

I wanted to make a rock record, not something with round edges. I wanted it to have spikiness to it, directness.

“Wild Beasts was quite layered maybe with exception of Boy King which was, with all the guitars, I thought yeah that’s what I want to do. There was a glamorousness to that, versus the synthetic elements, spiky guitars.

Tom was the first in his family to go to university, got a first-class degree, and continued on his ascendancy by becoming a member of a successful band.  ‘Wild Beasts took us all from normal houses, council houses in Kendal in my case to “oh I’m in Mexico City today, cool”. That became normal,’ he tells me.

‘And yet when my band breaks up I’m absolutely back to square one, I’m at the Job Centre. I haven’t got any property or anything like that which maybe a generation back I might be able to accumulate but I can’t because of the time I was born in, and the sheer economics of making music. And it’s like, oh god, I got nowhere. I did everything, every dream I had came true, and I’ve not been able to do anything with it.’

‘From a personal perspective. I‘m a walking working-class advancement. I’ve been very fortunate, I’ve had a lot of support. I’m not saying I’ve done it all myself. I always put it as (a musician) I’m the animal on the savanna, people are on safari looking at it.

“If you’re the one making stuff you’re down there getting bitten, getting cut, getting chased. And that’s fine. That’s what you sign up for.  But there’s a sense you’re not really in control of your own destiny. When you make music, there’s no proportion at how hard you work to how well you do.’

‘You are. And that’s what you sign up for. When I hear people complain about it too hard it’s well, you can always do something else. That is what it is, but you have to find the joy in it.’

Old school tie and blood ties always wins out, is part of the problem.

‘It has to be more meaningful, right? A lot of people in this country have been cheated. By economics, by policy and no one wants to talk about, whenever anyone talks about poverty it’s about a particular set that people in power are interested in for that particular brief moment in time and then they move onto the next thing.’

And yet, One True Pairing is not an ugly record mired in bitterness. It’s a wake up call, and holds a mirror up. It heralds progress too;  Wild Beasts may be gone but that approach of challenging male sex stereotypes, asking what it means to be a biological male, is still evident in Tom’s solo work.

Even the vinyl record and promotional guitar picks are in a colour traditionally linked to girls and women, with the acknowledgement ‘everything sounds better in pink.’

‘I’m glad you picked up on that. I don’t want to come over wrong but I’m a white man from a small town in the north of England. With every conversation that’s going on now, what have I got to add to that? All our work with Wild Beasts. we were challenging what it meant to be a man, and embodying it.

“That’s what I’m doing. There’s a lot of rage on the record, I guess you’d call it masculine anger. But I didn’t want to feel like that was the only note, the only thing. I’m implicating myself and listener in it all.’

There’s a real sense of defiance to the record, for sure.

‘Defiance is exactly it yes.’

But not macho aggression, none that I can pick up anyway.

‘I’m glad. Obviously my vocal and my delivery is very male, I’ve got a deep voice and a northern accent. It’s very difficult to get off that irate northerner (thing). But at the same time people need to hear that.

‘There’s a lot of snap and growl isn’t there,’ he says about his voice. ‘It might be the accent as well, my accent doesn’t lend itself to long, flowing notes. It lends itself to a lot of words, delivered rapid fire. Which is kind of what I’m doing.

‘There’s a lot of that fire I guess I had in the first place, it didn’t really go away. But I didn’t want to make it feel like it was a navel gazing drudge through my darker times. There’s hope in this and yeah, there is a kicking against the pricks going on. God knows there’s loads of pricks at the moment. And they’re winning.’

The video of album’s title track and first single is Tom trapped inside a vintage computer game with harsh images from Belgrade – a metaphor for the trapped frustrations many feel, maybe – and, in a nod to his northern roots, Lancaster market. In I’m Not Afraid we get to see some serious moves from Tom.

‘The thing is, I don’t like being in front of a camera. I don’t like the way I look. This is my attempt to… if I’m going to make a solo record I may as well get out front, I’ll dance. Why not, I’ll dance!’

In Wild Beasts he and Hayden took turn to lead and harmonise, being the main man now ‘feels normal.’

‘Maybe it would be different if I was younger,’ he adds. ‘I’ve developed a very thick skin. And I know what I look and sound like. It’s much easier to follow an idea through from day one to the last that’s easier. But you need a lot more ideas. You’re lacking the university of life! Being in a band when you write a song it has to survive processes, so the songs are a bit more delicate and you have to do that yourself but there’s a lot to get used to, I’ve only just started playing live.’

Whilst this is true, the first single was announced and within a week he was playing shows in Sheffield, Stirling then within the month a sold out ‘sweat box’ of a show in London.

‘It’s my profession, you know? I don’t have a home studio I can just sit in and create. I’ve got to do it, get out in front of people. I’ve been sat on it for a while. I feel like it’s time to act.’

With the acknowledgement that creatively he has a freer rein than when part of a four piece,  there’s a definite impression sense that with One True Pairing, he sees no boundaries. There’s the fresh air of freedom.

‘I wanted a name that could morph to anything I wanted. I might make a record next time and not sing. Or I might make it with no guitars,’ he says excitedly, ideas pouring from him as we chat.

One True Pairing is released on 20 September via Domino.
Instore appearances and UK tour dates are as follows: