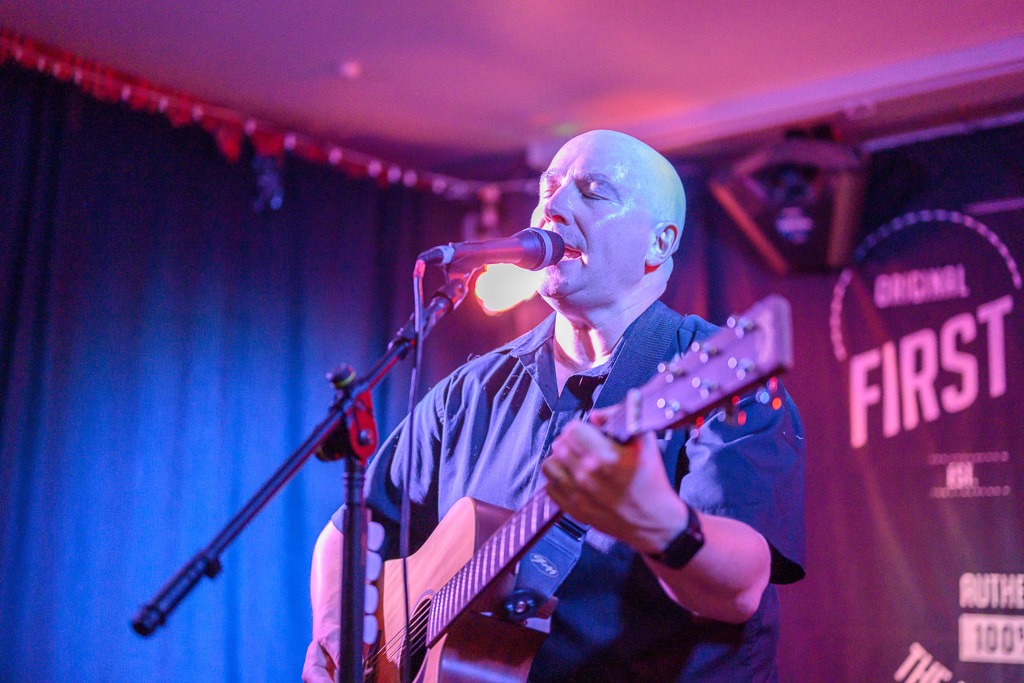 The Boo Radley’s Sice in action

Former Boo Radleys front man Sice teams up with Dead 60s’ Matt McManamon for a November 2 gig, he sat down with Getintothis‘ Peter Guy to reflects on their upcoming Shiiine On show.

Former Boo Radleys main man and Britpop icon Sice will play his first Liverpool show for almost a quarter of a century on Saturday November 2.

Famed for their top 10 hit single Wake Up Boo! and subsequent number one album, Wake Up!, the Boo Radleys were much more than simply also-rans in the Britpop fraternity of the mid 1990s.

Though their hugely critically acclaimed album, Giant Steps, brought them to prominence with fans and critics alike, it wasn’t until the release of Wake Up! that they received nationwide blanket press and radio coverage.

Regulars on Top of the Pops, the Big Breakfast, Later… the band were among the second tier chasing pack of Elastica, The Bluetones, Supergrass, Ocean Colour Scene and Sleeper behind heavyweight guitar champions Blur and Oasis.

Subsequent singles Find The Answer Within and It’s Lulu fared well but were unable to emulate Wake Up Boo!’s ubiquity and by the time their fifth album C’mon Kids was released in September 1996, the band started to return to the indie rock shadows charting at #20 in the UK album charts.

Following the release of their final album Kingszie, the band disbanded in 1999 and now, 20 years later, front man Simon “Sice” Rowbottom is back in Liverpool for a gig at Parr Street’s Studio 2.

“The owner, Doreen [Allen] – was fabulous and shoved us onto any line up she could. There were also gigs at Yesterdays, Krazyhouse, and the uni.

“To be honest, I don’t remember a great deal about that period. Although I was living on Hope Street at the time, we were spending vast amounts of time living in the back of a van and travelling up and down the motorways.

“I used to drink and have breakfast in The Grapes, kill hours hanging out in Pink Moon records, and spend weeks in Crash studios learning and practicing new songs.”

The band formed in Wallasey, on the Wirral around 1990, with Rob Harrison on drums, singer/guitarist Simon “Sice” Rowbottom, guitarist and chief songwriter Martin Carr and bassist Timothy Brown – taking their name from the character Boo Radley in Harper Lee‘s 1960 novel, To Kill a Mockingbird.

Almost immediately after the release of the Every Heaven EP in 1991, Rough Trade collapsed and they signed to Alan McGee‘s Creation Records.

Sice recalls: “I grew up on Merseyside, and naturally fell in love with pop music and The Beatles. It seemed natural to be in a band and so me and my mates – Martin and Tim – started pounding out songs in bedrooms, rehearsal rooms, and any pub that would be willing to have us.

“We called ourselves The Boo Radleys, and started out with a drum machine, but gradually moved through a succession of drummers until we met Rob, who like Ringo, proved to be the last piece of the puzzle.”

Their first release for Creation was Everything’s Alright Forever in 1992, and Giant Steps (1993) followed being awarded 9/10 by NME, which stated, “It’s an intentional masterpiece, a throw-everything-at-the-wall bric-a-brac of sounds, colours and stolen ideas.”

Cast set for trio of Liverpool shows in December

Reflecting on the time, Sice, tells us: “There are many elements to succeeding at something, but I believe that the most important one (like Roy Castle used to say) is dedication.

“Simply never giving up, keeping going, picking yourself up and moving forward after falling, eventually leads to where you want to go. We wanted to go where our heroes had been – the top of the charts, huge concerts, amazing albums, top of the pops, photo shoots, videos, drink, drugs, and debauched parties.

“Confidence bordering on arrogance is a virtue in the music business and it gave us all these things. We had a number one album, and a single – Wake up Boo – that was one of the most played songs on radio during the year of its release.”

He adds: “It didn’t come us a surprise to me when we got these things. What did surprise me, was how little I enjoyed them. I discovered that the striving is often more fun than the achieving.”

But the thrills of success didn’t last.

The band’s final album was 1998’s Kingsize with the title track due to have been released as a second single, but the lads had had enough and decided to split up and call it a day.

“After ten years of it, I’d had enough,” Sice says. “The journey had been done, the destination wasn’t as interesting as the travelling and I wanted something else.

“My wife and I wanted a family and decided that London, where we were living at the time, wasn’t the place to do it. We would drive out into the Oxfordshire countryside looking for the perfect place to base our future lives.

“When we drove into Thame we knew we had found it. We moved into our house with our new son just after the start of the new millennium, our daughter followed soon after. I started putting my energy into other things.”

While Sice started his family, Brown built a popular recording studio before going on to John Moores University for teacher training and, under the name Bravecaptain, Carr subsequently released six albums.

Reflecting on his time out from music, Sice,said: “I wrote a novel – Thimblerigger – which I’m very proud of. Then I started retraining in another area that I’ve always been interested in and became a Doctor of Psychology. I adore my profession, and after working in various department of the NHS, I have run a private practice in Chinnor for the last five years.

“I figured I was done with music (in the sense of writing, recording and performing) but something has stirred in me again over the last couple of years, so I’m happy to be doing it again. I’ve continued to write songs intermittently, so have probably got a dozen or so that I hope to record and release soon.

“I’ve enjoyed going through the back catalogue and preparing songs for the upcoming live gigs. I listened to Giant Steps again for the first time in many years, and I was surprised by how much I liked it.

“I used to hear all the imperfections and things I didn’t like because I guess I was too close to it, but now I can hear it with fresh ears. It sounded so enthusiastic. So excited. It was lovely to hear.

“Last year, my son started university. My daughter will be heading off at the end of next year. Recently, I found myself picking up the guitar again and playing the songs I sang 25 years ago.

“This time though, I play them for the sheer joy of it. There is no striving, or wishing, or wanting. I realised that I still enjoy playing the guitar and singing. It’s as simple as that. Then a strange thing happened – after saying no to requests for me to play live for many years, I suddenly found myself saying yes to headlining an ‘0151’ night at the Jericho Tavern in Oxford.” 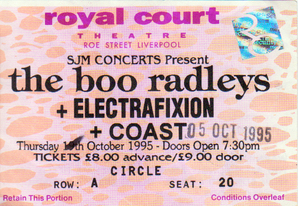 The Boo Radleys at the Royal Court

And these shows have led him back home to Merseyside – and a first gig in Liverpool – at Parr Street Studio 2.

“It just felt right. And having agreed to that, the opportunity to perform at the Shiiine On Festival in Minehead presented itself, as did the possibility of this upcoming Liverpool show- (again, courtesy of the good folks at Shiiine On,” he says.

From The Beastie Boys to Bowie, REM and Pulp – memories of the Royal Court

“When I play Parr Street Studio 2 on November 2 (with Matt McManamon of The Dead 60s and Jules Reid), it will be the first time I have played in Liverpool since 1995.

“The last time we played Liverpool was at the Royal Court in 1995, on the back of a number one album. It was an incredible experience.

“This was where we’d seen the bands we loved – Jesus and Mary Chain, Julian Cope, Mighty Lemon Drops, The Primitives – so it was a wondrous thing to play that stage ourselves.

“I’m looking forward to being back home.”