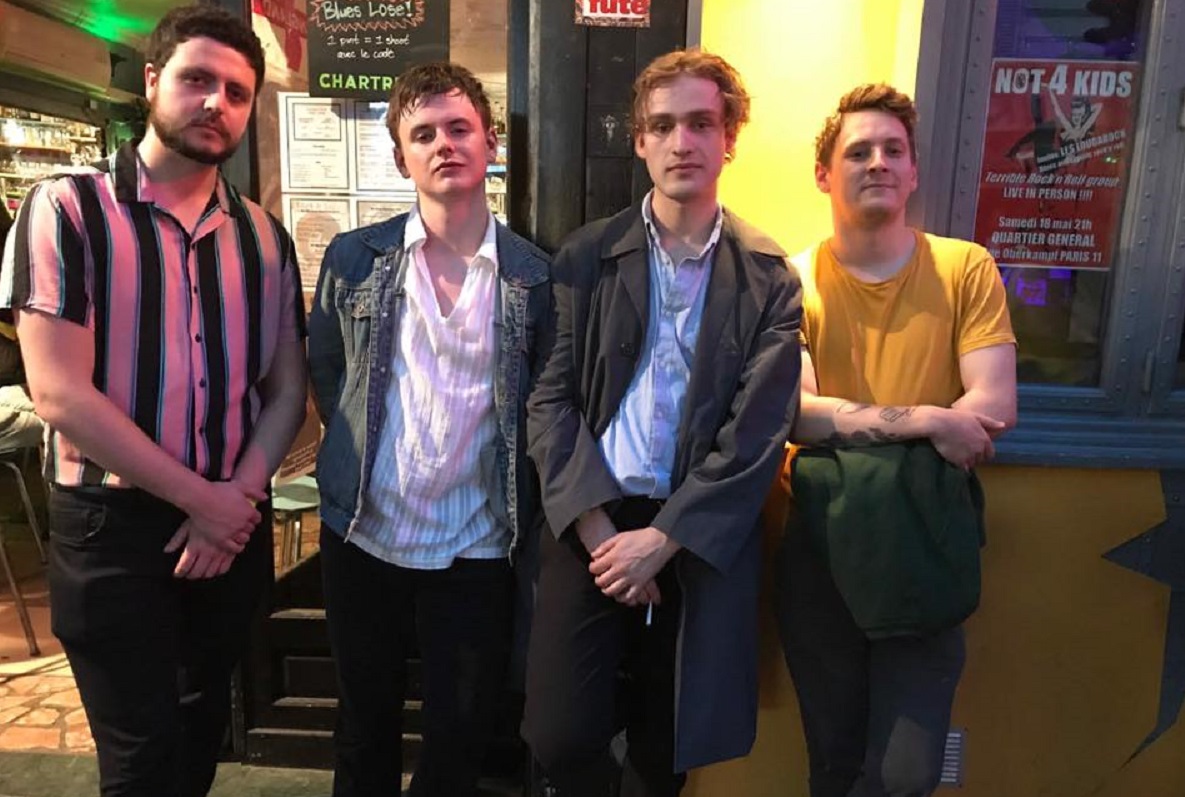 Declan Welsh and The Decadent West have just released their debut album and Getintothis’ Lewis Ridley chats with Declan from the band about it and more.

Declan Welsh and The Decadent West are one of many Scottish bands that have enjoyed a broadening 2019.

The band, signed to Modern Sky UK, have this month released their debut album, Cheaply Bough, Expensively Sold following a string of singles.

They came to the attention of Getintothis at this year’s Sound City, where during a label showcase at District they went up in our estimations from a prelude to Red Rum Club as one of the discoveries of the weekend.

They’re an exciting outft, and as was soon discovered following the set, a band that are intensely passionate in issues much wider than music – with political causes aplenty.

There’s a lighter side, too, though. In the build up to the release of the album, the band aired a mock-umentary based on a fictional provincial nightclub in South Lanarkshire, L.U.V and it’s comic owner Alan Las Vegas.

It’s a corker, and Getintothis has to find out more about it, and all things Decadent West.

Getintothis: First things first, I’ve just watched and learned about the wonders of L.U.V. We used to have a club like this where I grew up, so I fully get the strange love you have for places like this. It’s a Wetherspoons now, we’d do anything to have it back. Do you think we’re losing our love for the tacky in exchange for Instagrammable yet soulless bars, clubs, even venues?
Declan Welsh: Oh aye mate, 100%! You see it, that the fact folk are having less and less expendable income, there’s fewer and fewer niche places, and it’s all safe as fuck. (Dare I say, you even see that in music itself).
But because we’re all so skint, the cultural make up of our cities and towns becomes more homogenised, just look at yer own high streets those reading this!
Bookies, pub, pub, chippy, bookies, newsagents, pawn shop, bookies, pub. For a system that’s meant to be all about “innovation”, capitalism sure is predictable. When hard times come, you get shite food, shite pubs and shitehawks trying to prey upon the already skint. Oh and greggs. There’s always a fucking Greggs or two.

Getintothis: It’s clear the roots of this are in your hometown, an attitude that is steadfastly Scottish. Linking up with Paul McCole has you working with someone who’s been a huge part of a show that has been great for Scottish comedy. He’s said he’d love to do more, would you?

Declan Welsh: Oh my god yes. 100%. Paul is so so great, he just makes that character so funny. We’ve made some enquiries towards getting it made, but it’s obviously incredibly difficult. But with every fibre of my being I’d be so buzzing to write a full series with Paul as Alan Las Vegas. I already have ideas in mind. I should just write the full script and send it.

Getintothis: And what about any others, would The Decadent West sit in The Clansman with the fellas from Still Game?
Declan Welsh:I love Still Game. Winston is one of my favourite ever comic characters. We’re actually all big comedy people. We endlessly quote Limmy, The Simpsons, Peep Show, I’m Alan Partridge.
But I think the guy I’d most freak out working with is Chris Morris. Of Brass Eye and Day Today fame. He’s a genuine genius. My ultimate director for one of our videos would be him.
Getintothis: Seriously, though, back in the real world. Is it a case that it’s important for you as an artist to explore things like this in order to satisfy your own creativity, or is it about The Decadent West becoming more multi faceted than just being a band?
Declan Welsh:I think I just have ideas that branch out into loads of other areas. I get bored easily. So poetry, music, writing prose, writing for a tele episode, it’s all just writing isn’t it? I really like writing.
The band is always gonna be the band but all of us will do different things 100%, sometimes together, sometimes separately, but we’ll always come back to this I think.
But with the Alan Las Vegas video for How Does Your Love, I just seen it in my head as being like this Office/Partridgey study of a guy who wants to be famous and has a huge blindspot about how much of an arsehole he is. It just flowed from me taking the wee narrative in the tune and starting to build a world around it.
Getintothis: As a band, I couldn’t help be interested about the date in Palestine recently. How did that come about?
Declan Welsh:I did it as part of a cultural exchange, Glasgow and Bethlehem are twin cities – who knew? So I got to go over there and play some tunes next to where Jesus was born. My Gran was buzzing.
Getintothis: And how was it?
Declan Welsh:It was an amazing experience. It’s such a beautiful historic place, and the people are so welcoming and kind. And strong. To put up with being subjugated and oppressed by one of the world’s greatest military powers for decades you have to have such inner strength. Sumod, steadfastness, is what they call it.
I love Palestine, I love Palestinians, and I hope I will see the day where they are free in a democratic, secular state, living in Peace with Israelis: a not unsubstantial number of whom recognise the illegal and immoral actions of the Israeli government.
BDS (Boycott, Divestment and Sactions) is the tactic being pursued just now by Palestinian civil society, and I support this nonviolent effort to put pressure on the Israeli government to cease apartheid 100%.
The moment the state of Israel stops jailing Palestinian children, knocking down Palestinian homes, and refusing to let Palestinian refugees return and vote, is the moment that I will happily step foot and play in Tel Aviv. Until Palestinian civil society is satisfied, I support BDS.

Getintothis: You’ll be back in more familiar territory in Liverpool at Phase One next month. You’ll have spent a fair bit of time here with your label, including Sound City this year, how do you find it?
Declan Welsh: Aye, Modern Sky are based in Liverpool, though we’ve not been able to get down as much as we’d hoped. But I loved Sound City, that was a really cool gig. We had to head for Live at Leeds straight after, which was a shame, as we didn’t really have enough time in Liverpool. The gig was great though. 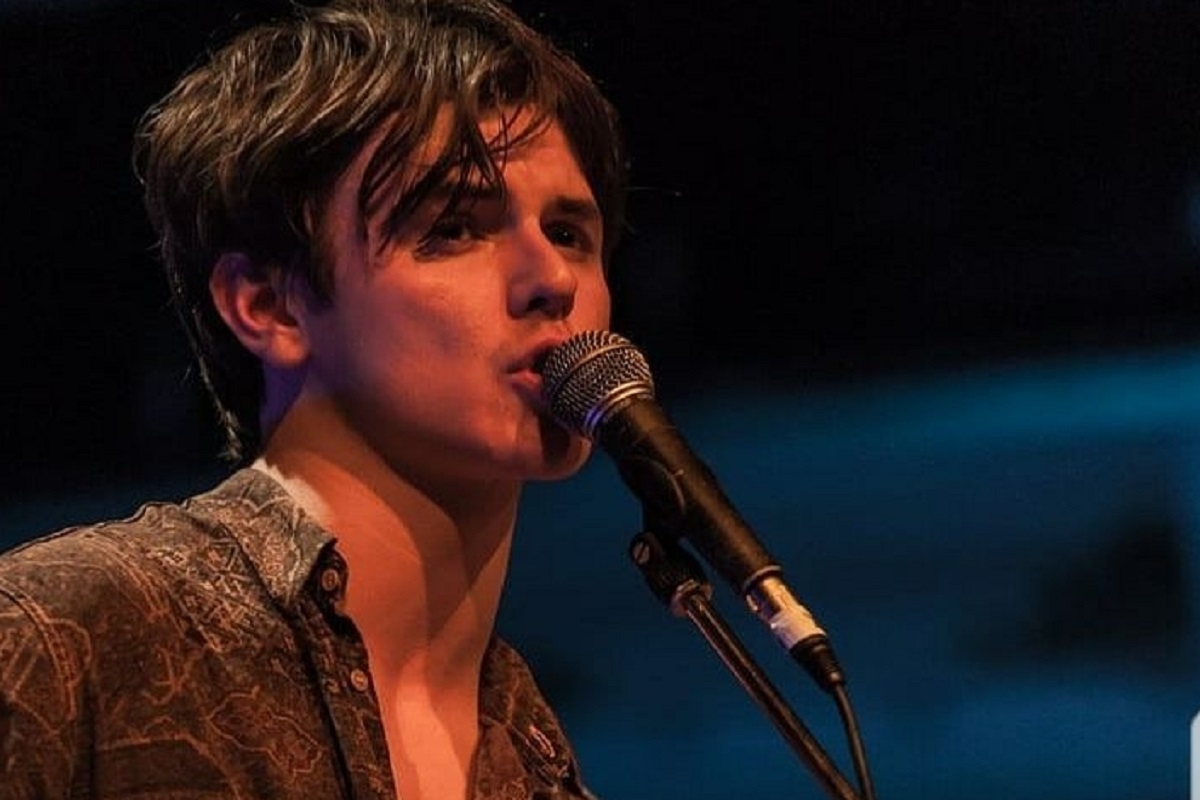 Getintothis: When we spoke to The Snuts a while back, they could see a few similarities between here and some towns in Scotland, do you get that?
Declan Welsh:Liverpool and Glasgow are spiritually linked man! The Snuts are from Bathgate aren’t they? I think so at least.
But that’s sort of between Edinburgh and Glasgow. Bathgate and East Kilbride, where I’m from, would probs be quite similar to like… The Wirral? What’s a place that’s like 30 mins outside of Liverpool City Centre, suburban, boring, loads of houses, maybe a shopping centre and fuck all else?
But actual Glasgow and Liverpool are the same man. Two football teams, a history of socialism and trade unionism flowing from being Industrial powerhouses. Both fucked over by Thatcher, both famous for a sense of humour. Both unfairly painted as being dangerous or scummy. Both huge music cities with a massive tradition of working class songwriters. I love Liverpool.
I really wanna spend more time here because it feels like home.
And I think Scousers and Glasweigians have a kinship. Cos we’re two places where like… the rest of our country kinda doesn’t like us? But we know we’re the best thing about it!
Aye, I fucking love Liverpool. But can I ask yous something, can yous have a word with yer boy Stevie G? I know you guys love him but he’s joined the fucking worst team on the planet. I’d do the same if Henrik Larsson managed Chelsea. I really would.
Getintothis: The album came out last week, of course, it’s been touted as a record for our times that combines the personal and the political. With the latter, how difficult is it to be both politically engaged yet not create a record that’s just tears to pieces the shite state of affairs we’re in?
Declan Welsh:Haha, a record for our times! It sounds like a Radio 4 program with Melvyn Bragg hosting or something.
Yeah, this record is very personal. So it’s just me navigating my own thoughts around things as I see them. Sometimes that’s house parties, sometimes that’s Marxism, sometimes its love and friendship, sometimes it’s being tear gassed in Palestine.
But under all of the aesthetic differences runs a common theme of like… caring I suppose. We can’t do the whole detached too cool for school thing because it’s incredibly clear from my lyrics that I give a shit, ye know? About important and unimportant things haha!
So in the sense that it’s all literally just my perspective written down, it wasn’t difficult at all, because I’m not someone who is too much of a pessimist.
You have to be hopeful if you are left wing. For your own fucking sanity as much as anything else. But we have to believe things can change for the better, We have to believe that it doesn’t have to be like this.
This is a shite state of affairs, you’re bang on. But it doesn’t have to be like this. I guess that’s where I come from, and I hope that comes across in the record. That and the fact that the good stuff we already have, it should inspire us to build a world in which we get to feel love, or friendship, or joy, much more often.
Getintothis: The song that first got me listening to you was 2018’s Lull, you seem to have come away from the spoken word it included. Is that something you’d revisit?
Declan Welsh: Aye, definitely. We’re writing tunes the now that are definitely in that spoken word style. It just so happened that the album came together and it was all me singing. But definitely there’ll be songs where it’s more poetry over guitars in future.
Getintothis:New listeners following the release of the album might be surprised to see the amount of material you released on your own before signing to Modern Sky. They would hope there’s a significant backlog for future releases following this, too. Would they be right to hope so?
Declan Welsh:I stopped counting at about 300, but the number of songs I have is huge. Me and the band already have about 8 completed tracks for album 2. But there’ll end up being about 60 in contention I reckon. That was the amount that was in contention for album 1.
I am lucky enough to be quite prolific, and with the band songs come together so quickly. So yeah, volume of output shouldn’t be a concern.
Getintothis: Or does a career lie in nightclub promotion?
Declan Welsh:Haha! I don’t think I’d be terrible at it. I like drinking and talking to people. That’s all that is, right?
Getintothis: See you on the dancefloor, anyhow. Whether it’s L.U.V. or Phase One.
Declan Welsh:Thanks my friend, catch ye at the gig.