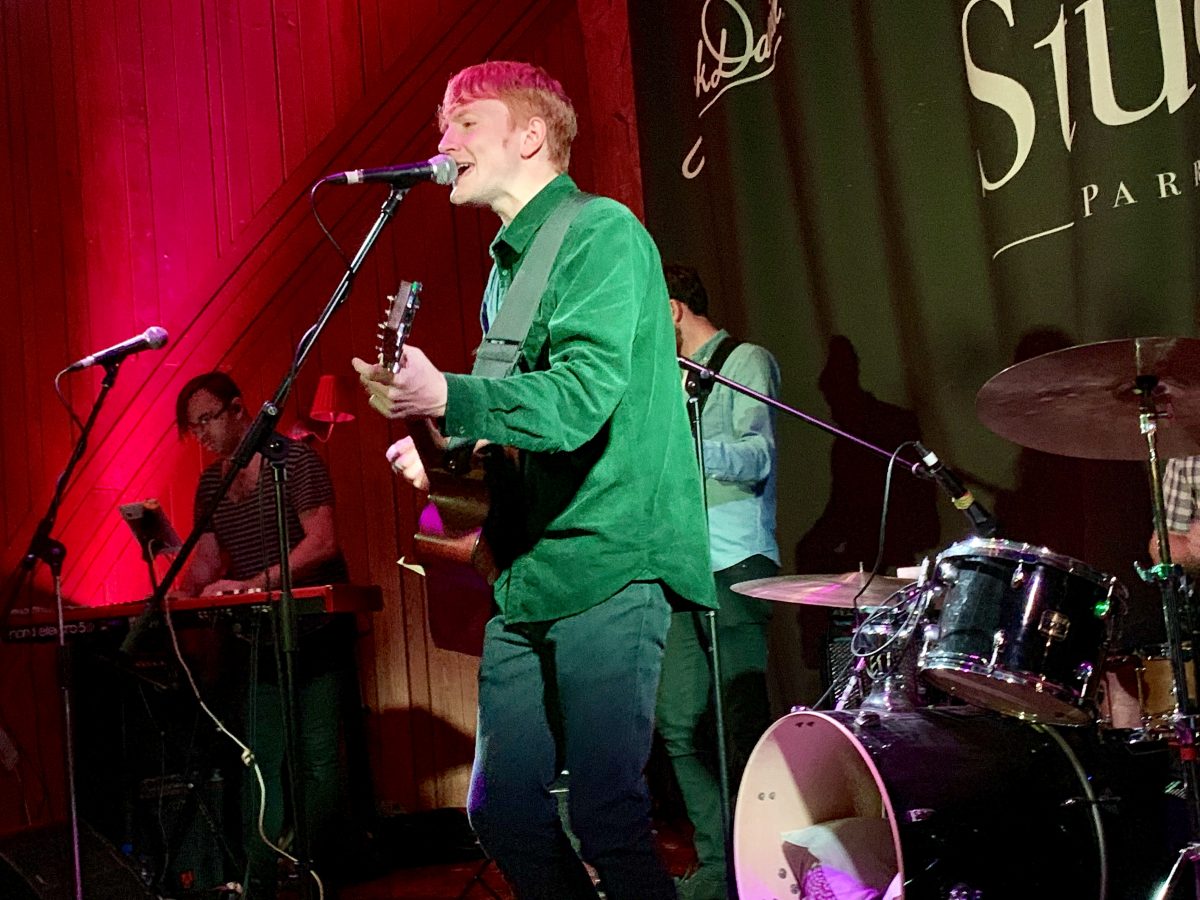 John Witherspoon launches his second single and Getintothis’ Simon Kirk is there to witness one of Liverpool’s emerging talents.

Another night, another gig. That’s how it goes around these parts and that’s fine. We wouldn’t have it any other way.

Tonight sees us at Studio2 Parr Street for local song-smith John Witherspoon‘s single launch of My Dad, the second single from his forthcoming album.

While Witherspoon has spent large amounts of time trawling across bars in Liverpool playing in covers bands, his time is coming, of that there is little doubt. For starters, he has the ear of Anfield announcer, George Sephton, who has featured My Dad in the last two half-time playlists at Anfield. The man certainly has good taste but any red would tell you same.

After local rockers, The Sonder, open up the night with their raucous brand of garage rock dropping tracks from their latest EP, Beneath the Dust, the healthy crowd take their seats and positions, awaiting the arrival of Witherspoon. Soon after he and his band enter the stage. It’s lovely to see and equally as lovely to be a part of.

No messing, Witherspoon kicks off with his first two singles in Mr Low Down followed by My Dad. It’s effortless and immediately obvious that Witherspoon can pen a proper ditty.

Why Me? Why Not – Liam Gallagher returns with second solo album triumph

Covers bands should be a thing of the past for someone of his talent, but as we know, this music game is a steep hill to climb when there’s a question of getting by.

Sweetie Pie, I Am Your Darling, Sad and Beautiful and, arguably Witherspoon‘s finest cut in the gorgeously crafted My Mum, all fit into the set seamlessly as both he and the band are in full swing.

Witherspoon‘s partner, Katie Nicholas, a budding songstress in her own right, joins him onstage for a new song that sounds as promising as the aforementioned tracks and will be an obvious inclusion on the forthcoming album.

After rolling through several other new cuts, the set ends and a very appreciative Witherspoon thanks his audience before exiting the stage with his band.

There’s hints of the big hitters in Witherspoon‘s influences. Sonically, there’s shades of Young throughout. Wordplay there’s a bit of Springsteen. It’s presented based on a diet of Dylan. It’s all there.

Witherspoon is a craftsman. A grafter. His songs, subtlety Liverpudlian, instil heartfelt honesty and should be a staple for anyone’s musical diet. Tonight we have witnessed one of the most underrated troubadours Liverpool has to offer.