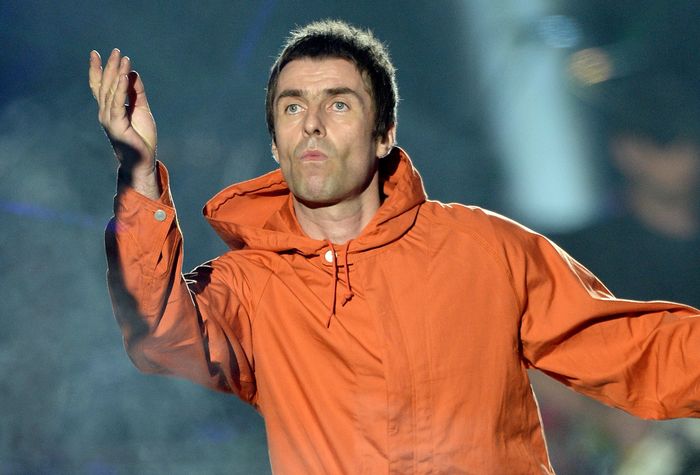 Any album that can boast the inclusion of Mr Liam Gallagher isn’t going to appear quietly.

Like the man himself, this latest record, his second as a solo artist, swaggered into the ears of fans two weeks ago and to the top of the charts – if anyone still takes notice.

Earlier this year, the music world celebrated the anniversary of the release of Definitely Maybe, where a fresh-faced Gallagher, his brother and a few mates grabbed British music by the collar and defined an era of culture, the like of which may never be seen again.

Those that were the first to spin that momentous debut album and follow up  (What’s The Story) Morning Glory might not have been blamed for thinking that Oasis would be a short-lived, boom and burst moment in time. But two and a half decades later, the band’s iconic frontman is still going, with new album Why Me? Why Not.

It follows 2017’s As You Were, his first solo LP, which too took the number one spot upon release.

As You Were had it’s critics, of course, no more than from the man he once shared the stage with, but it was largely viewed a success. It’s no wonder in under 2 years he has managed to tour it extensively, including dates at Old Trafford Cricket Ground and Manchester Arena, as well as huge festival slots at home and abroad.

But the desire to come back for more remains, regardless of the fact that Liam has perhaps been at his most prepotent. Indeed if he had walked away this year, there would be little more he could have done.

Yet, he has taken a risk. There’s no doubt in that. He faced an almost impossible task last month of aiming to match in quality As You Were and all that has gone before.

In fact, it probably is impossible. For as far as Liam Gallagher is concerned, his standards are exceedingly high. Sit down with an avid Oasis fan and even they may find supposed weaknesess in their discography, yet if Dig Out Your Soul were released this year it would blow much of it’s ilk out of the water in an instant.

Oasis: Supersonic – a tale about euphoria, ambition and downright cheek

It’s difficult, of course, to listen to an album like this without context. To enjoy it for what it is, without constant comparison or retroactive critique. Yet, we can if we try. There’s nothing wrong with that, when done right.

So when first single Shockwave was released in June, it was met with immediate criticism. A chorus that includes a can-can kicking “Hey!” may not be his finest work, but when the dust settled in the summer people began to listen to the track for what it is, rather than what it isn’t.

It’s punchy, and an ideal single to kick off this new chapter for Gallagher, and was perhaps predictably followed by a moodier, snarling track in the form of The River. Straight out of the Don’t Believe The Truth textbook, we began to get a taste of what the album would be – and we had a release date too.

Next up, at the back end of July, came Once. A slower, smoother single complete with strings and lucid lyrics – certainly not what 1994 Liam would’ve agreed to. Here, a sign of growth and direction.

Finaly pre-album single One of Us collated the four tracks on an aperitif EP that was of course laced with a reference to his dear brother. And why not? After all, it was the medium of music that gave this troublemaker from Manchester a way to express himself. Noel Gallagher is part of this record, for better or worse, and Liam knows that more than anyone.

And so Liam Gallagher released his second album Why Me? Why Not.

“II’ll take an ocean in my stride, steal the stars and hitch a ride to your door. And time builds a bridge through our bloodlines, from the roots, we’ll watch love rise. Heaven knows how it grows.”

Track four, and our first taste of new music since the summer comes in the form of Now That I’ve Found You. A jangling tambourine and rhythm led number that has proved one of the most popular on the record. A radio song if there ever was one.

But here comes a test, Halo arrives with Dig Out Your Soul harmony, and keys, furious keys. And humour – Liam sings of banging a gong in direct reference to the famous investigative tweeters that made that Cigarettes and Alcohol and a certain T-Rex song just may be more than a touch similar. To those, I’ve got some bad news about, well, most bands in 2019…

The title track Why Me? Why Not I expected to be a tearaway. But instead, the track eases on the side of a winning formula that thus far on the album has been largely stuck to. Perhaps I thought it would be more like Be Still, next up. Crashing drums, a track perfect for Gallagher‘s vocals, full of power, it’s the highlight as we pass the mid section.

Perhaps the most obvious Beatles influence comes in the form of consecutive tracks Alright Still and Meadow, a hazy couple of tracks that offer seven minutes of lucidity. After The River, Gone shimmers in offering a lyric to ponder.

“Well, the changing of the guard is oh, so real. But before I go, I wanna tell you how I feel. I gave you the chance to build a life worth living, but you cut off the love like a vine that can never grow back.”

While nobody would claim that Liam has penned these lyrics over candlelight, his input shouldn’t be understated. He is, and never was, just the front of any project – this is his album in many a sense.

The deluxe album is a lengthy work. By the time Invisible Sun arrives many bands in these times would’ve kept hold of their work for next time. Whether that is a sign that this is a final outing, you can’t be sure, but this is a throrough effort.

He’s always done it that way, his previous solo album clocked in at 15 tracks, while it was 13 and 16 respectively for both Beady Eye albums. Nobody can argue he does half measures.

Misunderstood is the penultimate track. A nicety before the swinging Glimmer concludes the 14 tracker takes a different direction. Perhaps just to prove a point that he’s no one trick pony.

The album does that, as a whole. The days of Cigarettes and Alcohol are sacred and stored safely away, to be treasured whenever you please. This album and its predecessor can mark a different era, and in their own right sit proudly at the end of a decade which has saw Liam Gallagher do it all.