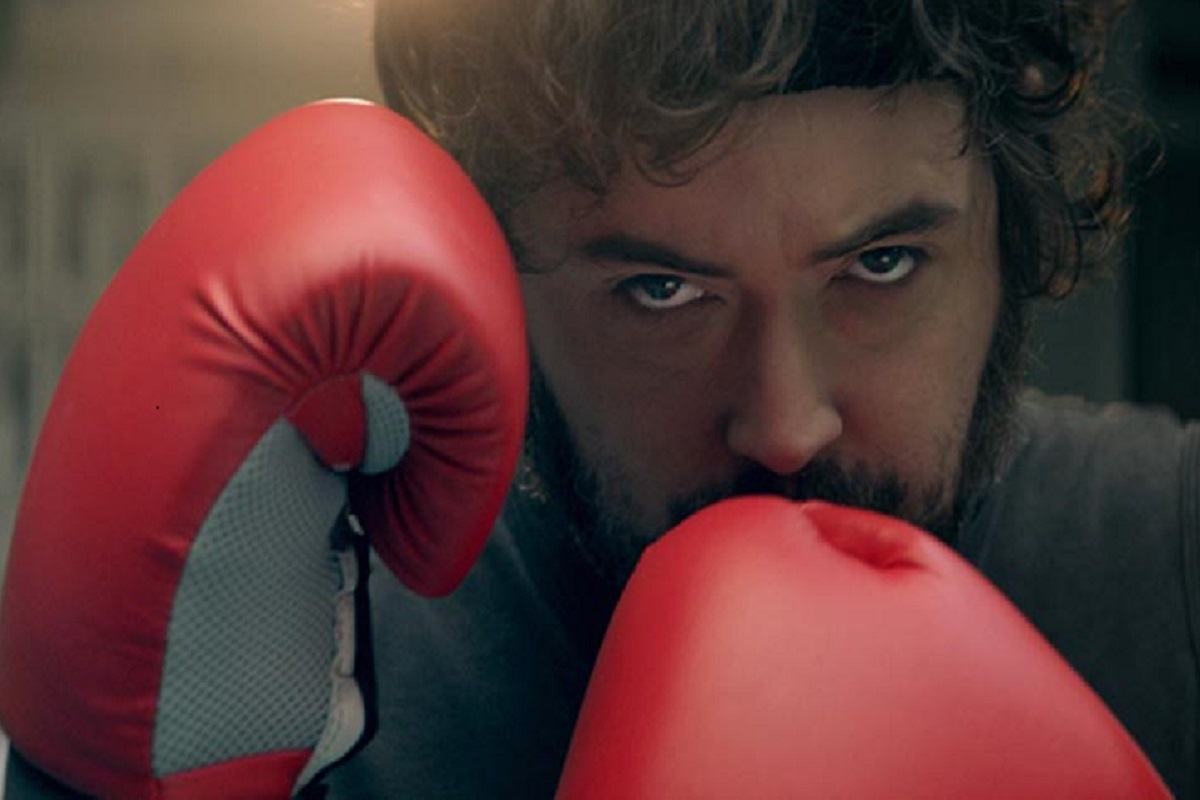 Nick Helm came to Ormskirk, seemingly against his will, and Getintothis’ Steven Doherty was on hand to witness it.

First things first as someone who has never been to this venue before, it has to be said, Edge Hill University, what a lovely gaffe you’ve got there.

Looking around before the evening begins, there’s some big names coming to town, Stealing Sheep, Fern Brady and James Acaster to name but a few (as well as our very own Deep Cuts Away Day, of course).

And it’s a big name that kicks the season off.

Anyone familiar with 8 Out Of 10 Cats Does Countdown, or one of the BBC’s most underrated comedies of the last few decades, Uncle will be gleefully aware of the comedic volcanic whirlwind that is Nick Helm.

Having seen him on his last couple of tours around these parts, he caught us somewhat on the hop by not having his usual support act with him, and venturing onstage at bang on 8:00pm.

And what an entrance it was.

Clad in angel wings, a feather boa, trainers that light up and gold hot-pants (yes, really), he bursts into a song heralding this, his big comeback show.

At first, he seems most unenamored at the thought of giving up his Friday night to come to a place, the name of which he’s had to write on his arm to remember.

However, this all becomes part of a bigger tale, the thread that runs through the show like a name on a bar of rock.

And in Helm’s case, it’s tale after tale of how depression is blighting his life, really quite bleak stories of how he is crippled by it, affecting his daily life to such dark extremes.

In lesser hands, this could make for a tricky, uncomfortable evening, but Helm is an absolute master of his craft, entwining every cloud with a hilarious punch-line of light.

It’s this soft touch in a metal glove approach that makes you want to hug him and slap him simultaneously.

There’s some glorious moments in here, from the reason the show is really titled what it is (take that, Robbie Williams), to the story about him answering telephones for Comic Relief, every story casting him as an underdog, a non-hero, which makes them the more joyous.

He also has an extra ingredient in his back pocket, the power of song, which he utilises sparingly over the 90 minutes, but always at the right moment with the right sentiment.

The absolute cluster of C-bombs in his closing number, perfectly matching up with the backdrop of people who can only be described as such, is a master stroke, as his getting his front-row non-laughing nemesis to join him onstage to help sing it.

Having seen him before, this feels like a change in gear, more personal and mature, his most complete show to date.

It may be confrontational and in parts it may have lost some of the audience by not being the typical stand-up from the man off the telly, but it is never not clever, thought-provoking and above all, heartwarmingly funny.