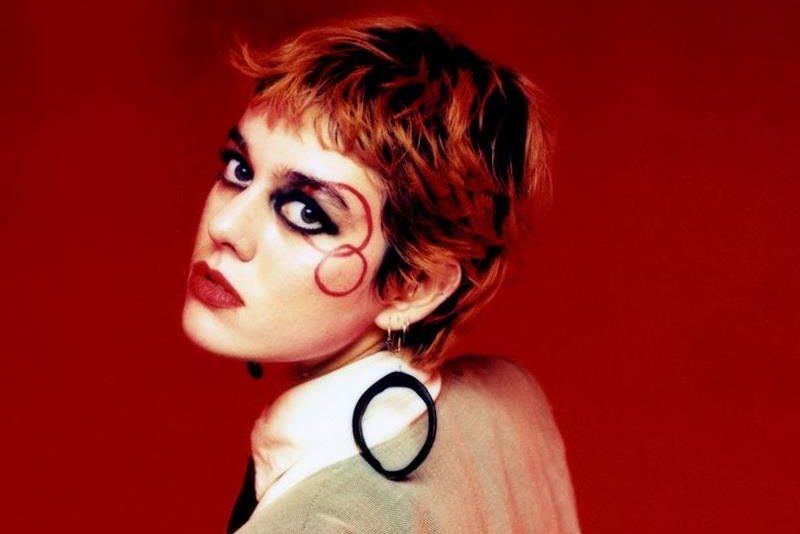 Channeling disparate influences, ranging from Siouxsie Sioux to Bjork, Pixx is about to set out on tour to promote her recent album, Small Mercies, a follow up to her 2017 release, The Age of Anxiety.

Pixx aka Hannah Rodgers, channels her views on everything from God, personal relationships and the state of the planet.

With the recently heavily rotated 6 Music track, Peanuts Grow Underground, Pixx has given  a taste of the album’s oeuvre.

Throughout Small Mercies, she is able to mix jarring synths, glam rock and a voice which ranges from soprano to contralto, breathlessly straddling genres, confidently espousing her gender based politics.

Co-produced by Dan Carey and Simon Burt, who helped on The Age Of Anxiety and the EP, Fall In, her new album is a feminist call to arms about not only the state of the world today but also stereotypes and heirarchies which shape society, and how people are forced to think.

If you missed Pixx supporting HMLTD at The Magnet a couple of years ago, now’s your chance to experience some leftfield synth pop once more.

The tour begins on November 17 at Yes, Manchester, and includes a visit to Phase One, Liverpool on Saturday, November 23.