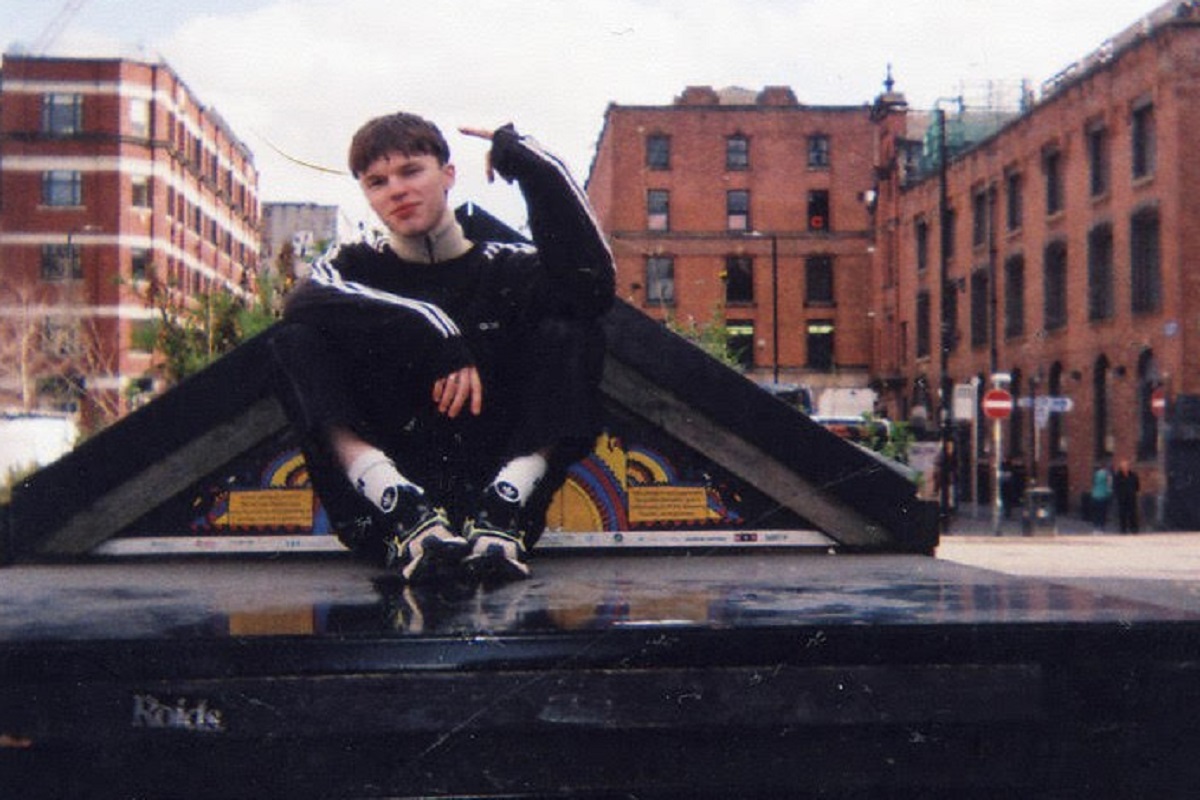 Singles are dropping like ripe apples from autumn trees – Getintothis’ Roy Bayfield bites into the juiciest of the crop.

Emerging from his bedroom earlier this year with mixtape Summer 17, the Preston-based artist’s honest and unfiltered viewpoint has gained a lot of attention – Lemonade, part of forthcoming project Summer 19, shows there will be lots more to drink in.

Christian Alexander‘s skills at collage-like composition and simple yet multilayered production create a track that’s simultaneously dreamy and gritty – powerful and emotive work from an artist who will surely be highly visible into 2020 and beyond.

So are you ‘Havin’ hard times in this crazy town…’? This storming cover of Baby Huey’s 1971 Hard Times could be the essential soundtrack to the moment we’re living in – or, as the blaxsploitation packaging suggests, a playful piece of genre-plundering hommage.

With a powerful vocal from John Grant, this version of the often-sampled soul track punches hard over life-affirming funk – another fun offering from the capricious Whyte Horses collective.

The five-piece band’s frequent live shows give guaranteed good times, frontman vocalist Djamel Abina channelling every sweat-sheened shirtless shaker-maker to emerge from the dirtier end of rock in front of a powerhouse outfit.

No-one has quite bottled their live lightning in recorded form yet, but Ain’t Got No Damn Rock ‘N’ Roll is an exhilarating blast of fun.

Secret gleams with sophistication, Tabitha Jade’s star-ascendant vocals flowing over angular beats, demolishing some loser who gives all his attention to his social media pals.

Speedy and relentless with folky overtones, the song sounds like a soundtrack to a modern-day Peasants’ Revolt.

Naming and shaming their targets, the band say “Like Smoke Into Fog was written to be uncompromising in its attack on the abuses of power we see all around us, from cops, to the church, to the borders.

There is also a comment about the way the state and church have been the gatekeepers of marriage in an attempt to divide us: for shame, how dare they target love.”

Johnny Kills: Help Me Out

Are you, or have you ever been, in your early 20s wondering where everything is leading and coming up with zero answers?

At last there’s a song for you. A bouncy take on existential dilemma, Help Me Out is fuzzy fun surf-pop with some off-kilter swerves.

Johnny Kills are a three-piece oscillating between Brighton and London, with an EP on the way and a growing rep for infectious live shows. Help Me Out bounces thrums and heaves with slightly queasy joy like a delirious trip to the seaside.

The Ghost of Helags: The Santa Rosa Song

Chilled as the first snowfall of the year, The Santa Rosa Song is a spacious and ethereal drift of dream-pop infused with electronica.

The Ghost of Helags, singer-songwriter and producer duo Teresa Woischiski and John Alexander Ericson, originated in Sweden and are now based in Germany.

The Santa Rosa Song was a forgotten demo recorded on a California road trip, resurrected in the Berlin winter with harmonies provided by friends and overlaid with cello played by Natasha Jaffe. A Super-8 styled video enhances the reflective mood.

A band almost as new as the last breath you took, Stay are a New Jersey DIY garage four-piece with pop-perfection as their superpower.

So Tender doesn’t finish so much as dissolve into multiple harmonies, illustrating the ‘explosion of emotions’ the song’s about. Stay played their first show at the start of October, and at the end of the month their first album drops.

Hello Cosmos: Let Love Be The Island On Which We Stand

The massive loopy cosmic freakout that is Let Love Be The Island On Which We Stand will launch at a headline show at Manchester Soup Kitchen on October 31, a deliberate ‘act of karma’ on ‘a day many are anticipating as one of deep divisions’.

The Manchester-centred post-punk collective collaborated with vocalist Jordan Hodson to create this mighty behemoth – as potent a statement of much-needed positivity as we’re likely to hear.

If we understand correctly, Sleep Token are releasing an album one track at a time, with Sugar being the ninth song to appear.

The releases are ‘an evenly-spaced, precisely-timed sequence of recordings that stand as both individual touchstones and carefully aligned musical pieces’… Sundowning, the eventual album, launches in a range of formats on November 21.

Whether or not you play along with these secretive shenanigans, Sugar is an intriguing track, a gentle almost wistful start building to a towering metallic middle.

‘Take me to the border’ sings Nicolas Godin on this uplifting piece of drifting, minimalist electronica. Not some line of small-minded division, this border is a place of release and possibility.

One-time architecture student and half of French duo AIR, Godin says ‘I wrote this song thinking of the great architect Mies van der Rohe. He built the Barcelona pavilion in 1929 on the hill of Montjuic in Barcelona and this building swept away all the past of the history of architecture to open a new page of human history…it’s the story of someone who asks some others to follow him to the Spanish border by the sea to show them a new path towards freedom and peace…leaving everything behind.’

Recorded in Ethiopia, Farewell comes from imminent album Mummer Love, the second release in a triptych of collaborative musical, spiritual and geographical explorations with the overall title Perfect Vision. ‘It makes me think of Rimbaud’s energy, his strong will,’ Smith says. ‘If we, the living, send out radio and energy waves, the energy of those last poems is still reverberating. It can’t be silenced, because we understand that this work and the artists are not dead, they find life when we are recording them.’