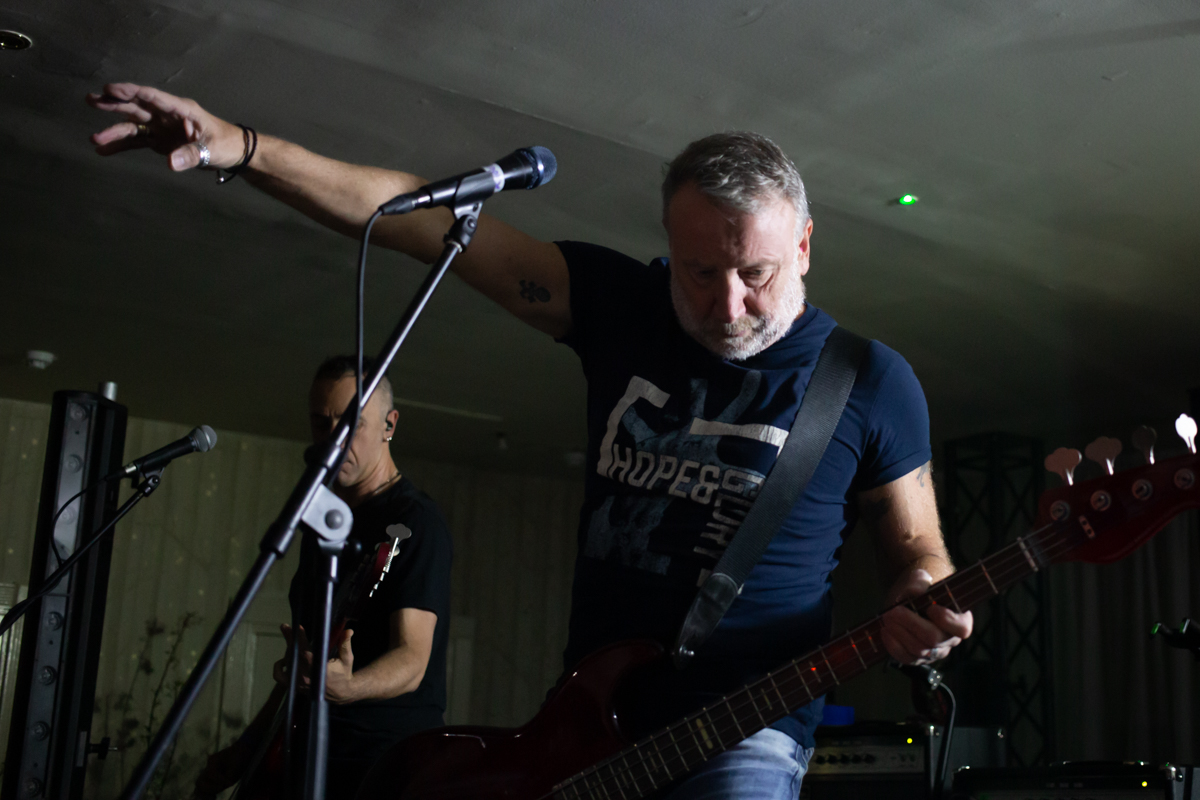 Peter Hook returns to Liverpool to play a set of Joy Division and New Order classics and Getintothis’ Banjo is there to revel in one of music’s best back catalogues.

Things are looking up for Peter Hook.

The last time we spoke to him, back in March 2017, he was in the middle of a long, drawn-out court case with his ex-bandmates in New Order. On top of this, his new band, The Light, had suffered some critical barbs that questioned whether he should be on stage playing the songs of Joy Division and New Order at all.

Fast forward a couple of years and the court case has been resolved and Peter Hook has more than proven his credentials and his worth when it comes to performing the songs he had a hand in writing and recording.

And this, his latest appearance in Liverpool, is a rare rooftop show at The Shankly Hotel, following in the footsteps of other legends such as The Real People and The Sugarhill Gang.

His gigs are spoken of in hushed tones, such is the reverence Hook’s audience have for both him and the enviable catalogue of songs he has at his disposal. To be fair, this is also due to the power and intensity of Peter Hook and The Light’s live show and the sheer joy at hearing these songs played live once again.

The stage is set for a classic night, as venue and performer come together to create magic on stage.

Thankfully, given the weather, tonight’s gig is held indoors. This is good news seeing as, in typical fashion, the sun shone all day before rain set in as the gig approached.

The venue is surprisingly roomy, not far off the size of the O2 Academy in terms of numbers, but is much more refined and ornate. Elaborately framed mirrors line the sides of the venue and the bar looks more equipped for corporate events than a proper gig.

Predictably they sell out of all draft beers before the evening is over.

Peter Hook and the Light play two sets tonight, effectively being their own support act. Set one is Joy Division, while set 2 is given over to New Order.

They take the stage to huge cheers, with Hook himself walking on with his band, rather than making a grandstanding entrance like many of his peers would choose to do.

Adding to this low key start, they open with No Love Lost, from the very first Joy Division EP, An Ideal for Living. Seeing as they have such a wealth of better-known songs to chose from, this is a good sign.

This indicates a band who are more concerned with doing the legend of Joy Division justice rather than playing a set of easy goals.

Next up is Disorder which, as the first track on Unknown Pleasures, will have been many people’s entry point into Joy Division‘s music.

It is quickly evident that Hook and his band are not trying to smooth out the rough edges of Joy Division‘s sound, but choose to play the songs with the same spirit that was present when they were first being heard in the country’s small clubs in the late 70s.

New Dawn Fades is an early highlight. Always a favourite, tonight it makes the hairs on your neck stand up and has lost none of its power in the intervening 40 years since it was recorded.

It is interesting to see that the drum part for She’s Lost Control is not played live, as if the version Martin Hannett so painstakingly recorded cannot be bettered, so we might as well have that running through the song.

It still sounds angular, disjointed and fucking superb. Another highlight.

The Joy Division part of the set is roughly in chronological order and is, to me at least, the most cohesive and convincing of the two.  Atmosphere proves itself to still be a stone-cold classic, an epic lament written by a truly inspiring band at the peak of their powers.

The version Peter Hook serves up tonight lives up to the song’s reputation, a towering anthemic version that proves this band’s worth.

Next stop North America – see you from next week in Mexico, the US & Canada…

Transmission is the final Joy Division song and the band leave the stage, guitars held aloft in triumph.

A short break later they reappear for set 2.  Again though, they are avoiding the obvious choices.  Set 2 opens with Fine Time, which is a surprise as it doesn’t feature Hooky very much.

He obviously still has fond memories of this era of New Order, as the setlist focusses on their later period rather than the material where Hooky’s bass was more prominent.

To be honest, here, the Joy Division set sounded more complete and thought through. The New Order set relies more on technology and as a result perhaps loses some of the immediacy of a band. The sound at The Shankly is far from perfect tonight and some of the subtleties of the material here are simply not allowed to shine through.

While the subject matter may not make for the likeliest of shouty choruses, the song itself is a 24-carat anthem and the version played tonight amplifies the epic elements and transforms it into the perfect set closer.

With another wave of their instruments, Peter Hook and the Light leave the stage once more.

At the grand old age of 63, Peter Hook shows no signs of slowing down or, truth be told, very little sign of ageing at all. One thing the eclectic setlist tonight shows is that there are many, many different sets they could play, choosing from decades of classic influential songs.

Peter Hook may be in a good place these days, but his hunger for playing live has not left him.

And it is our gain that this is the case.

He can hold his head up high that tonight he has done his songs justice.  And, given the songs he has at his disposal, that is no mean feat. 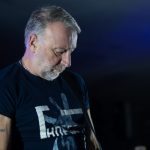 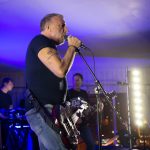 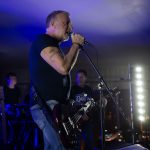 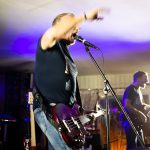 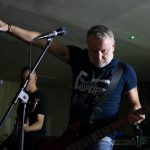 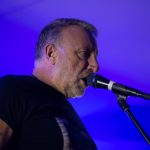 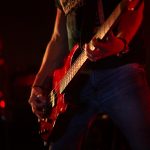 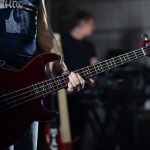