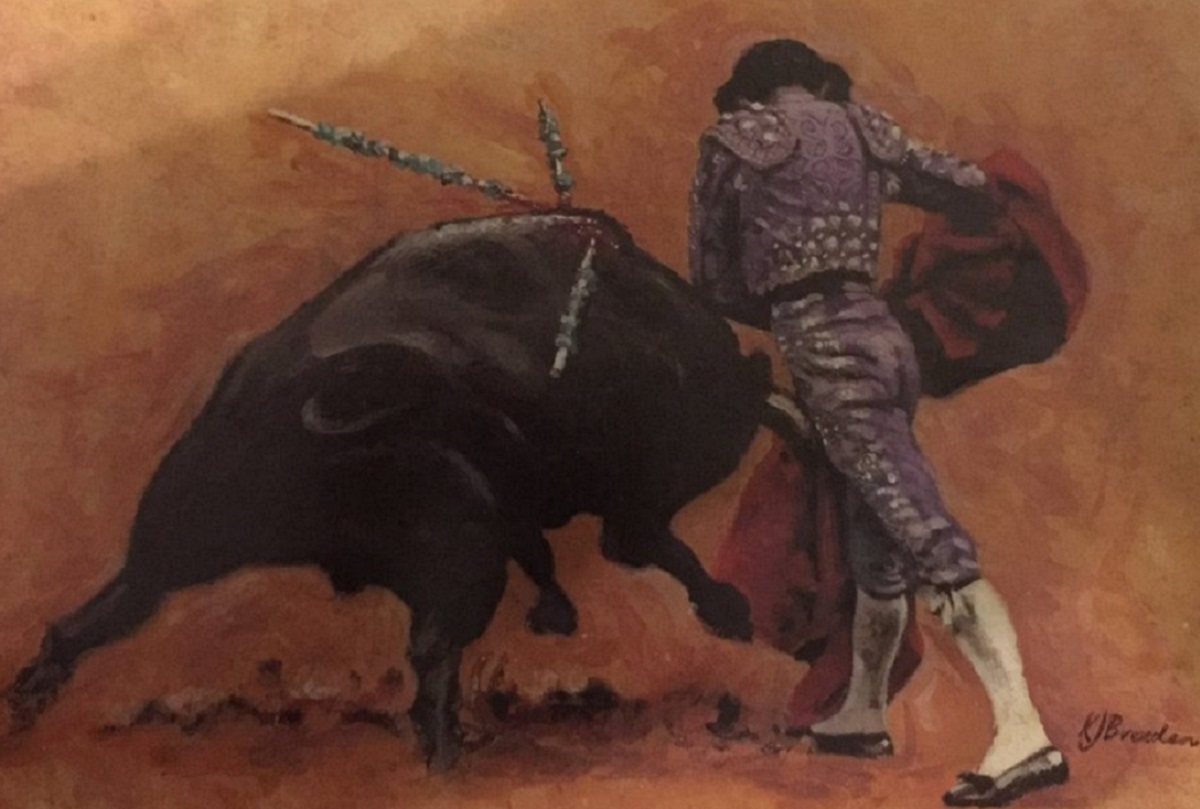 ABC made some of the best pop music of the 80s and then followed it up with a difficult but wonderful second album, Getintothis’ Banjo reflects on their ambitious new direction.

ABC burst onto the 80’s music scene with a string of classic singles and a debut album that is as close to pop perfection as it is possible to get.

The sight of the band clad in gold lame suits in the videos for The Look of Love is one of the iconic images of the 80s.

Their debut album, Lexicon of Love gathered critical and commercial acclaim, topping the UK charts in 1982. It is one of this writer’s favourite albums of all time and is rightly still regarded as an out and out classic.

For a while, ABC were on top of the world.

By the time it came to record their follow up album however, things had changed.

Before we start to look too deeply into this story, it is worth remembering that ABC sprang from post punk group Vice Versa and, for all the pop sheen later applied to them, they were still had a post punk heart under their gold jackets.

Early demos of songs such as Tears Are Not Enough illustrate this point, coming across as a dirty, indie funk song in the vein of a dirtier A Certain Ratio.

Personally, listening to early ABC, I always thought that they did to funk what The Cramps had done to Rockabilly; scuzzed it up, dirtied its clothes and brought it to a new generation.

But by the time they hit the studio with Trevor Horn on production duties, success was just around the corner.

Despite their roots, ABC wanted to be successful. But, as is often the case, when success comes it isn’t always an easy thing to take.

There are a great many instances of an ‘underground’ act hitting the big time and finding that it clashes with their punk sensibilities.

Nirvana, Radiohead and Julian Cope are but three examples of bands who have tried to overcompensate for hugely successful records by recording awkward, uncommercial follow up albums.

Nirvana did it by bringing in Steve Albini and recording the abrasive In Utero, Radiohead reacted to the praise heaped upon OK Computer by following it up with the Warp Records influenced bleeps and beats of Kid A and Julian Cope did it by deliberately aiming the second Teardrop Explodes album firmly away from his newly found audience of young Smash Hits readers.

These records were, in effect, a retreat from the spotlight, a deliberate attempt to alienate new fans and withdraw to the shadows.

Success does not always sit well on the shoulders of those who were inspired to make music that, in their heads, was never written for mass appeal.

The Replacements Don’t Tell A Soul 30 years on: beauty, transcendence and chaos

So how did they respond to the unanticipated level of fame they found thrust upon them? The answer to that is they released Beauty Stab as their second album.

Where Lexicon of Love is clean, Beauty Stab is dirty.  Where the former has one of the biggest, best and brightest productions of the early 80s, the latter sounds like it was recorded quickly, cheaply and will ill intent.

Reviews at the time of release said that, with Beauty Stab, ABC had gone heavy metal.  This is far from being the case, but they had veered off towards rock. Mark White’s guitar lines were heavy and scratchy, but still came more from post punk than from anything more rockist.

Martin Fry’s vocal delivery however, the almost too clever lyrics and the way he sang them remained the same as before, making Beauty Stab perhaps a forerunner of rock/indie crossover records.

Opening track That Was Then, But This Is Now is almost classic ABC, starting with some very typical piano stabs. So far all seems well, it sounds rougher round the edges, but we’re still on fairly familiar ground.

As if to introduce the changes, Fry introduces the album with the prescient words ‘why make the past your sacred cow, you know you’ve changed, you’ve changed and how.’

Part way through the song though, he puts his first foot wrong when he sings the excruciating line ‘can’t complain, mustn’t grumble. Help yourself to another piece of apple crumble’, a rare lyrical misstep for the usually erudite Fry.

This is regularly voted into the top ten worst lyrics of all time, hitting the number one slot in a Guardian poll a few years ago.

Fry said of this ‘Sometimes you reach verse three and the car is running outside so you have got to get the thing finished. There is an element of that in the conveyor belt star-making machinery of pop.’

Song two, Love’s a Dangerous Language, is where things start to look different. A discordant squall of guitar starts the song and is the first real sign that ABC have not released Lexicon of Love part 2, although Martin Fry went on to do that later.

Guitars are much more towards front of the mix, riffs replace strings and it includes an unapologetic guitar solo.

The noticeable thing however is that the song is still instantly recognisable as being ABC. It is as if something happened between the songs being written and them being recorded.

At the time, this was attributed to Trevor Horn not being in the producer’s chair second time around, but this is to credit him with too much influence over the overall structure and development of the songs.

The Power of Persuasion starts up with a Who style riff and is guitar driven throughout. Also different from the Lexicon-era ABC is the total lack of funk bass lines.

Whereas Lexicon of Love features some of the best dirty funk basslines you are likely to hear, courtesy of Mark Lickley and Brad Lang, Beauty Stab goes for a more solid rhythm section.

The album’s title track is largely instrumental and again driven by guitars. As such it is the least recognisably ABC track on the album, stripped of all traces of their previous work.

One thing I do want to make clear is that in reading what I’ve written so far, I realise that I haven’t yet got over just how good the music is on Beauty Stab.

It is superbly crafted, the seemingly disparate styles knitting together seamlessly. Fry’s lyrics and vocal lines are as good as anything he has done before (or since) and the songs are a catchy culture clash.

Mark White proves himself to be an adaptable, inventive guitarist and an incredible song writer. Much of the credit for Beauty Stab goes to him, as does the credit for most of ABC’s music.

Back with the album, strings reappear for By Default by Design, although more minimal than the grandiose orchestras than previously. As if to make up for the instrumental Beauty Stab track, guitars are missing from this tale of broken hearts.

Beauty Stab takes in a huge range on styles and sounds and to dismiss it as a guitar album is to do it a huge disservice. It includes ballads, power rock and all points in between. Throughout it all it is a record that ABC made on their own terms and, as such, set the path for the rest of their career.

Next album How to be a Zillionaire recast them as a cartoon band and was another massive shift in direction. Again, this could be counted as another lost classic and is one without question one of my favourite albums of the whole of the 80s.

Beauty Stab was a brave move that freed ABC from their gold lame straightjackets and set them on a path where they were free to make whatever kind of record they wanted.

In 2016, a version of ABC without Mark White released Lexicon of Love II, a follow up to their debut album, which entered the charts at number 5, the band’s highest chart position for over 26 years.

Despite a varied and wonderful back catalogue, it seems that most people still remember ABC as the purveyors of pop ballads.

But there is so much more to them than this. Listen to Beauty Stab, listen to How to be a Zillionaire and marvel at a canon of songs that are clever, well written and catchy as hell.

ABC are one of our best bands whose songs and skills were overshadowed by their initial success.

They’re a band who are worth deep diving into and discovering all over again, and Beauty Stab was more than career sabotage, it was a way forward for one of the best bands from the 80s and beyond.