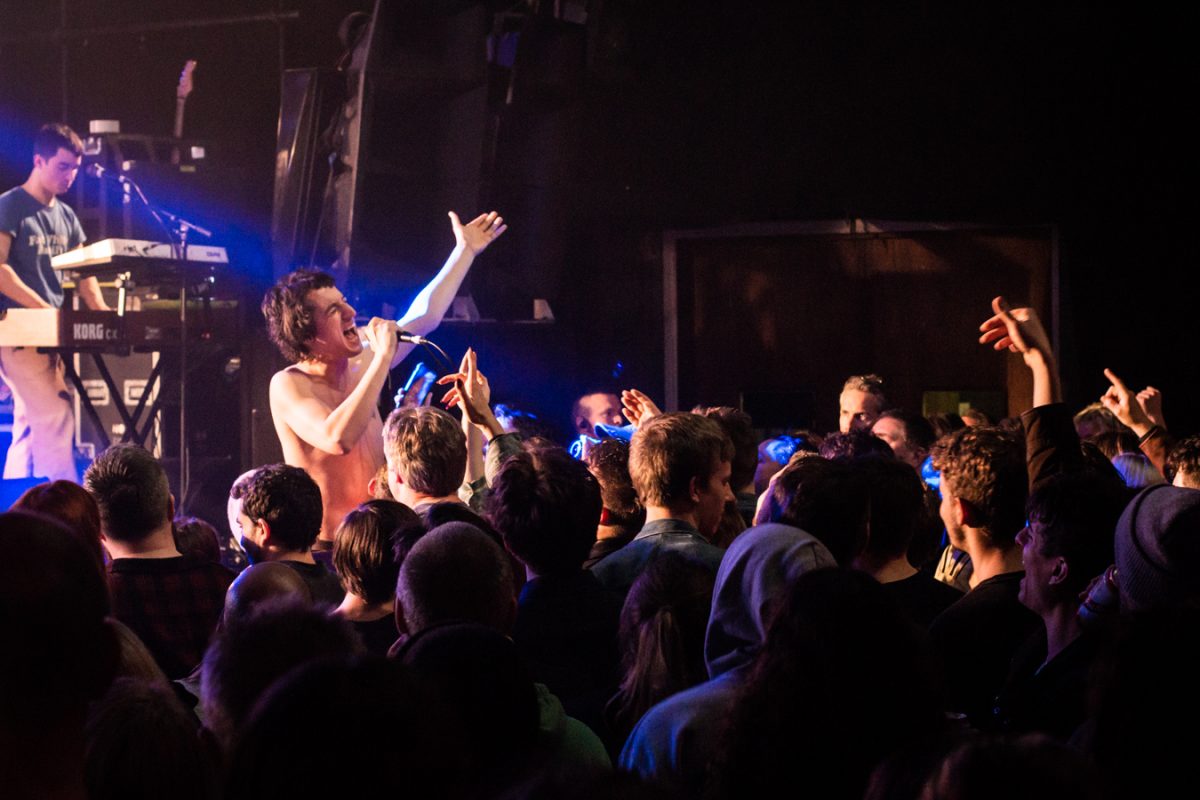 Fat White Family brought their raucous live show to Liverpool, Getintothis’ Lucy McLachlan was in the crowd with the rest of the band.

Fat White Family haven’t played a full band Liverpool show for a while.

And tonight the cheeky band have brought some extra merch.

As Morrissey was flogging David Bowie and Lou Reed LPs but signed by himself for vast amounts at his LA show recently, the Fat White’s brought along a Morrissey album which you could buy signed by the band for $500 cash. Dollars.

So we’re not sure if you count April’s Phase One in store album launch for their new album Serf’s Up as one.

We’re still not even sure what to call that gig in general.

Four members of the band playing guitar, keyboards and flute, very stripped down acoustic versions of their songs.

Which was interrupted many times by band members asking to go to the toilet, looking for drugs in the crowd or laughing too much to play.

They called themselves Baroque but the crowd were having none of them wanting to stay quiet.

It comes to a point when the Fat White Family are telling their fans to shut up.

So tonight, after seven months of stewing, the crowd (and the band) can finally be let loose, and let loose they did.

SILENT-K were a blast of fresh air featuring previous member of the Fat White Family, Chris Taylor, a guy in a bee-keepers suit and a brief one song shrouded appearance from The Zutons’ Dave McCabe among others.

It was all fun, bright and cheery Scouse pop that got people moving further to the front of the room.

We thought front man Taylor was going for a Saturday morning kids TV presenter vibe with his outfit choice for tonight.

But reading quite possibly the best Facebook About section we’re read from a band, yes it really is Intergalactic Safari Park Punk. That’s the vibe.

Reminding myself fully of life pre-councillor. @FatWhiteFamily we’re magnificent tonight. Covered in beer, my shoes for work are covered in crap and I’m making a mad dash for the train. pic.twitter.com/VJUTRoFHOz

Next up are Working Men’s Club.

We’ve heard great things about these guys for a while.

Mostly about them being a great live act to watch. It also feels like they’re constantly out and about with just this week seeing them also supporting Mac DeMarco in Manchester.

Their sound is Talking Heads punchy, a nod to The Fall, some post punk bass lines and electronics, and it’s great to listen to.

From the beginning singer Sydney Minsky-Sargeant is down off the stage and hanging off the barriers into the crowd.

For the whole set he can barely keep behind the monitors. Pacing up and down the edge of the stage, at one point with a cigarette in his mouth…

The energy pouring off the band makes you feel like you can’t sit still, a great band to open and it feels like we’ve discovered a new favorite band.

That was, without question, the craziest gig I’ve ever been to.

If you’re an atheist and want to know what a religious experience might feel like … go and watch @FatWhiteFamily and get down the front.

After what feels like the whole stage is turned around and moved backwards.

Monitors barrier off three quarters of the stage, an almost catwalk like pathway has been created across the front.

Fat White Family arrive to a full Invisible Wind Factory and Lias Saoudi is raring to go, definitely firing on all cylinders.

The rest of the band which includes the line up we saw back in April at Phase One plus a resurrected and reined in Saul Adamczewski appears more subdued, keeping behind their line of monitors.

We notice the see through drum kit has a pigs head inside it.

Saoudi is rarely onstage, getting straight in straddling the barrier, he takes trips into the crowd, they’re holding the mic lead above their heads as phone camera flashes light the way.

He’s constantly stranding the crowd from the barrier if he’s not walking around or moshing with the audience who are obviously lapping it up. It’s great to watch if you’re nearby or on one of the raised areas in the Wind Factory.

Touch the Leather is roared back at Saoudi as he sings it from standing up at barrier, he watches on as crowd surfers fly past him.

At one point Saoudi is sat on the edge of the stage legs crossed with a boyish grin watching over the madness he’s just created in the crowd.

As the band go off for a break, Adamczewski is left by himself to sing a little ballad.

A group in the middle of the crowd have lighters ready to hold as he sings which is a sweet and cheeky sight after the mayhem before it.

The set runs through Serf’s Up, Feet goes off as Saoudi gets in the crowd taking a punter’s beer and pouring it all over his head whilst the crowd scream into his mic.

While When You Leave and Bobby’s Boyfriend sound absolutely lush instrumentally complete with harmonies and slobodobodoms. They’ve come along way, the band are tight and the songs sound true to the new album.

We left feeling like this was a contender for that well talked about gig of the year.

Or just for the performance the Fat White’s put in. Their show was constant fireworks and energy all night.

But one of those finely curated gigs where all the support acts were excellent and the line up seemed to fit well together.

Every band on tonight were exceptional and knew how to put on a good show, there didn’t seem to be any lulls.

Now for the 40 minute walk back into town. 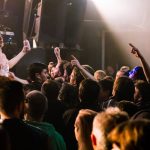 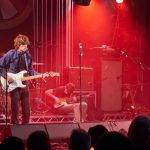 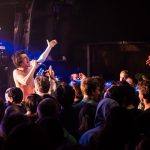 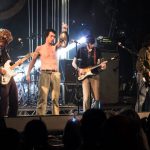 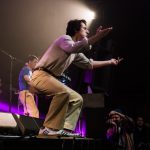 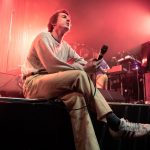 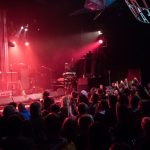 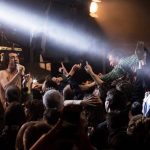 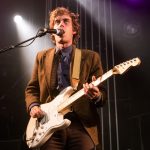 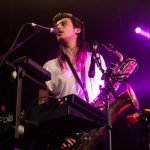 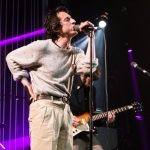 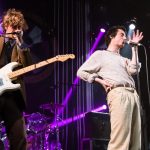 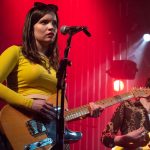 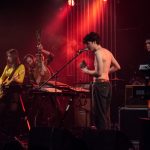 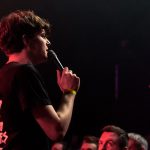 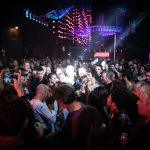 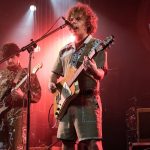 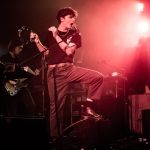 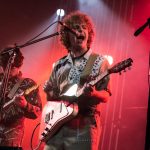 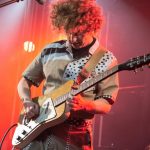 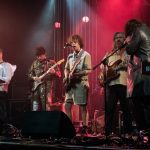