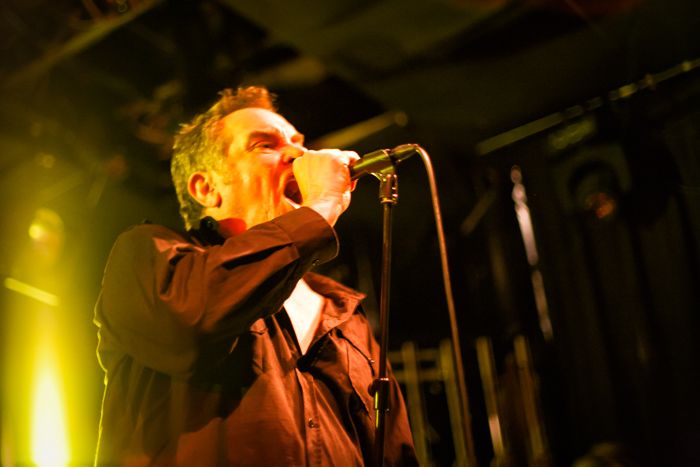 It’s 40 years since The Pop Group’s debut album Y was unleashed on a world that was well under-prepared for their mess of sound, funk, jazz and post punk madness.

The album was released in April 1979. One month later, Margaret Thatcher was installed as UK Prime Minister.

The original release of the album didn’t include the band’s first single, She Is Beyond Good And Evil. Later reissues of the album have this as track one.

We can see where the band was going already.

Gareth Sager and Mark Stewart knew what was coming and they were right.

Yet before we get to the end, we need to start at the beginning. In 1979, punk was still a thing. So was disco and funk. Jazz existed, although not to any massive extent, at least in our horizon.

The idea of mashing up all three was crazy, right?

Yup. It wouldn’t work. Not that The Pop Group cared about that kind of boundary or restriction. They would combine the ideas of these diverse musical genres altogether and make one of the most difficult to listen to albums we had experienced in our teenage years.

Y was introduced to us by a mate who always sought out the new, leftfield and, quite frankly weird. He was a hipster well before his time and, obviously, many years before anyone had even thought up the concept.

For a little punk, brought up on the likes of Buzzcocks, Pistols, Ramones and a bit of reggae now and then, The Pop Group were a revelation. Not that we thought they were brilliant back then, but they were intriguing.

They made music as we had never encountered before. It was a tough listen and, if we’re honest we weren’t overly keen. But we knew there was something there. Just not quite what.

Over the 40 years since Y was released our musical appetite has changed and our exposure to the musical landscape has widened. Maybe now we can have another crack at listening to Y and hear what we couldn’t back then.

It seems an appropriate time to have a re-group. Mute Records have marked the anniversary with a “deluxe” reissue of the album along with assorted other goodies, including a live album and remixes, depending on which package your wallet can stretch to. There’s a 4 x LP version for £74 if you’re up for it. 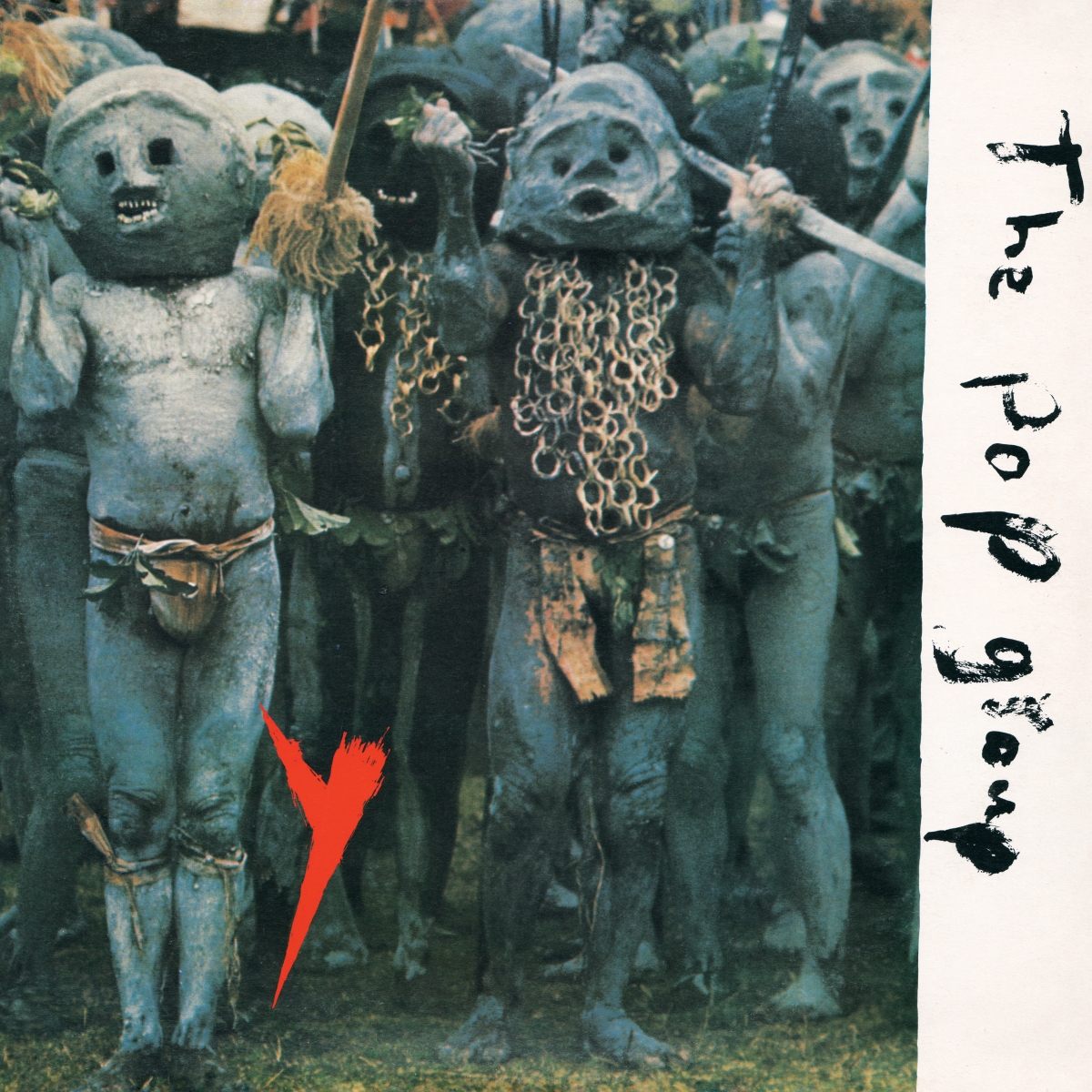 That at once seems counter-intuitive for a group who were overtly political, anti-capitalist and generally raging against the machine.

But we’ll let that one go, for Y is an album that really does deserve a renaissance and it for sure deserves a re-listen or three. And the extras aren’t just re-hashed demos or a bonus single. This is stuff we have never heard before.

As it happens we’d written part of this piece when there was an email from Rough Trade plugging the new release. The 4 x LP version does seem ridiculously expensive, but the 3 x CDs are a reasonable £17.99, so we press the button and a couple of days later there’s a satisfying thump on the doormat as Y, 2019 edition lands.

First thing. We know that Y has been re-mastered (of which later), but so has She Is Beyond Good And Evil been relegated down the running order to the penultimate track on the album. That it’s there at all may be a discussion point, but clearly Mrs T’s impact has faded over the years.

Oh, yeah, we still feel the pain, especially in Liverpool, of the proposed Managed Decline of the city. But this demotion of the clearest political polemic directed to any one single politician we can think of (at the moment, as we write this) speaks quite loudly.

The song doesn’t even get a look in on the live version of Y, packaged as CD3 in our new postal prize.

The one part of this trio we’re most keen to hear is the live version of Y. It’s not a homogeneous recording, but a series of takes recorded at various gigs both in the UK and US. It’s not a single gig. In itself, that description will have purists tugging at their beards and dreads.

Nevertheless, the running order is the same as the original Y release (save for last track, 3:38, which is missing).

And, oh. If there were ever a case to be made for a band to play an old release in order, then The Pop Group pretty much seal the deal. We’ve heard a few bands touring anniversary albums recently – Spear of Destiny, Massive Attack, Peter Hook, Manics – but to go to a gig and see a band kick off with the thump into your chest that is Thief of Fire would be something else. It really takes no prisoners.

It never was elegant and it certainly was never pretty. Dennis Bovell’s production on the studio version of Y probably calmed the band down a tad.

Live, they’re given a licence to run riot. The guitars are discordant, there’s a sax in there somewhere trying to get out, but it’s beaten away by the mad drums and Gareth Sager’s manic vocals.

This is a band that knows no boundaries. In Savage Sea, Sager proclaims they are “The new explorers” as he bashes on a piano, barking out reverb distorted vocals. It’s a brave boast, but one we’re perfectly prepared to accept as being absolutely true.

The live album calls it time at 36 minutes, which is probably about right. Brilliant as it is rough, it’s also not your kitchen Sonos music of choice as you whip up a bit of spaghetti with pesto sauce for dinner.

It’s the one you play after everyone else has gone to bed and you sneak in another glass of red before hoping the creak on the third step doesn’t wake the devil. For he is waiting for you.

So, that’s the live album, and arguably the most interesting piece of the package, just because it gives an idea of what the band would be like if you had ever had the chance to stand in front of them.

And, if we can be permitted a personal diversion for a moment. We did get the chance to do just that back in the Kazimier in 2015 as the first gig we ever shot for Getintothis.

We remember having signed up for it after a call for photographers on Facebook. And then it looked like a work commitment was going to get in the way. Wild Horses and all that.

Almost 40 years to the day since we played with co-conspirators @scrittipolitti & D.A.F, in aid of Cambodia, 16th November 1979

There’s a remix cd in the package. It’s an interesting thing. But only just. There’s a reason why stuff didn’t get released the first time around.

The main event is the re-mastered Y. Apparently done again at half speed. There’s a richness to the new version. Snowgirl and Blood Money have a real sense of energy and a fresh sound. Savage Sea is a gentle, soft missile firing into your heart.

This is a worthwhile anniversary release and we’re treated to a lesson as to how far in front of the game were The Pop Group. There really was nothing like them at the time and there has been little since.

Their legacy will endure and they paved the way for bands such as Bauhaus and Gang of Four.

The Pop Group cleared the space into which others could breathe.

But, as a final act of heresy, we think the live album is the best of the new release. It’s just a massive punch that reminds you in just over half an hour how angry we were in the 80s.

And how angry we should be now.