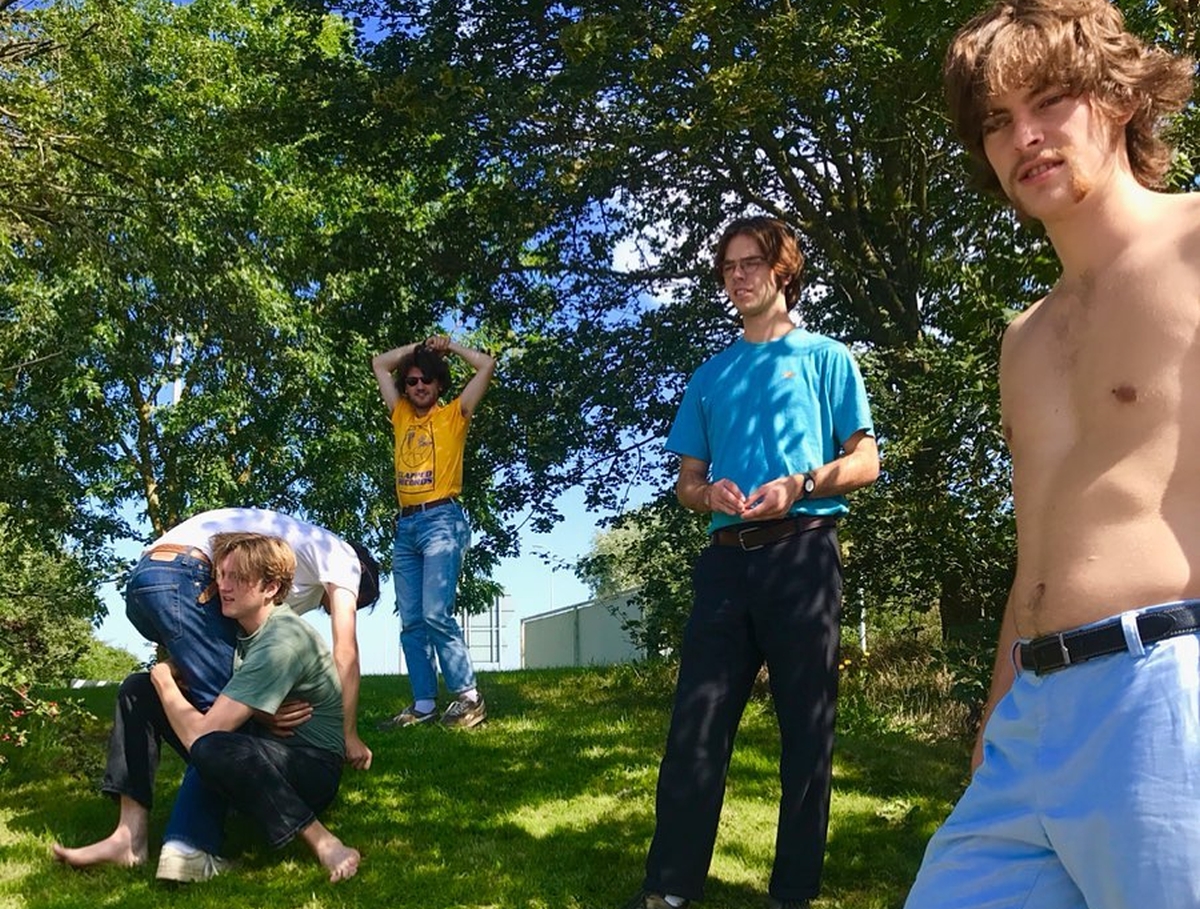 FEET are one of the most talked bands of 2019, but Getintothis’ Steven Doherty just has a bad case of podophobia.

Back in the 90’s, seemingly every other week would see one of the music papers of the time declare ‘such and such’ as the greatest band in Britain.

Not only where they usually completely wrong (Gay Dad or Terris anyone?), that poor band would then have that added pressure on their backs.

All these years later, the practice has mostly died out with the demise of the papers themselves.

However, it was noticeable early this year when the now online only, and as relevant as Myspace, NME went big, declaring Coventry’s FEET as the best thing since sliced bread.

The fact that they thought there was a Britpop influence probably reminded them of their own glory days.

And it’s fair to say that FEET probably do own a few Blur albums, a band who, as great as they are, are not really considered to be an influence on many of this generation’s bands.

So, can FEET do it on a bleak Sunday night in Liverpool?

There’s a large crowd here already to welcome Liverpool’s Courting, who are on support duties this evening.

Getintothis’ must admit that we have a soft spot for these guys.

You can chart their actual progress by clicking on their name above and reading their previous reviews, a couple of which were not that complimentary.

Which makes us all the more delighted when it turns out that they are unrecognisable from their former selves.

They have grown so much in such a short space of time, really finding their voice, which is a lovely sneering Eyesore and The Jinx-esque guitar noise, with clever knowing lyrical flourishes, where none existed before.

“This one is about, in equal parts, the lead singer of Talking Heads and casual racism” is how they introduce David Byrne’s Badside.

Even having to play tonight sans a bass player doesn’t phase them and they are a joy.

Their new found self-confidence is evident on Slow Burner, with them coming into the crowd inviting them to join them in playing cowbell.

Ending with their debut single Not Yr Man, this is surely the feel good story of the year.

From zeroes to heroes, now absolute ones to watch.

Which is handy, as the rest of the evening doesn’t live up to expectations.

FEET start with English Weather, the most accessible tune from their debut, What’s Inside Is More Than Ham, but the old band it reminds us of mostly is Hard-Fi, hardly the sound of 2019.

It turns out that some “la la la la la’s” doth not an Albarn make.

Ad Blue gets a few of the crowd bopping, but it’s followed by the ridiculous Dog Walking and album closer Wiggy Pop which brings the mood of the room back to mild boredom, as the Pete Doherty drawl becomes a tad grating.

They finally hit their stride on album opener Good Richard’s Crash Landing, but the crowd has noticeably thinned out before they end with the excitable Petty Thieving and Outer Rim.

Alas it’s too little too late, it’s all a bit bluster over substance.

The last words they sing on their album are “I’m just taking the piss”, turns out they could well just be, another case of hype over talent.