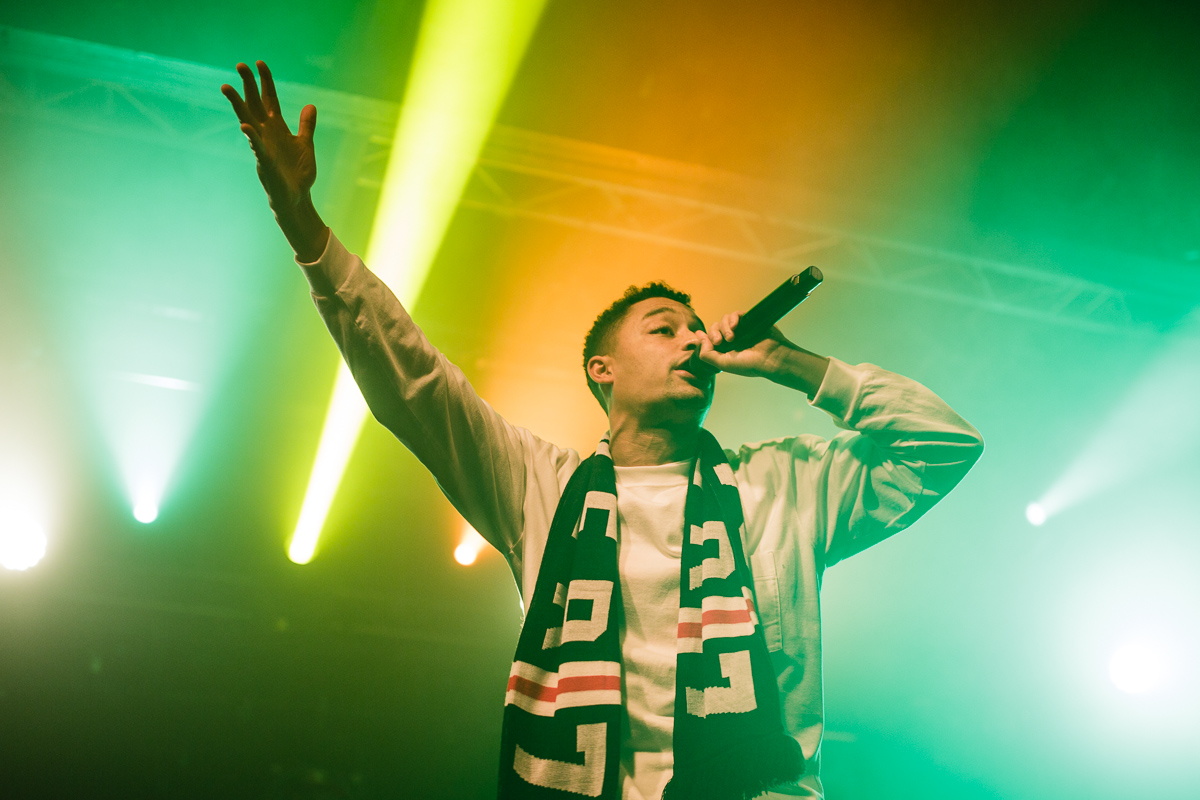 Loyle Carner was back in Liverpool as Getintothis’ Will Whitby went down to get involved with the South London rapper.

Loyle Carner has become quite a regular in Liverpool on his upward trajectory to fame.

He was in Liverpool headlining a sold-out show at the O2 Academy with fans eager to hear tracks from his second album Not Waving But Drowning released back in April.

The sophomore release is a slow-burn classic, one that takes a few listens to appreciate, to grow with and to sink into the honest lyricism of being a confused 20-something.

The long walk up the stairs of the Academy is always a tough one, making you feel like you earned your gig at the top reaching the grand summit. The chilly November night quickly got a lot warmer as the evening transpired into cool beats, ice-cold lyrics and lukewarm pints of San Miguel.

Her music a reflection on the struggles of teen mental health, exploration of identity, and how hard it can feel to just survive nowadays.

Parks’ track Sophie is in this week’s Unknown Pleasures as “the embodiment of teen angst, highlighting all the high highs and low lows of being 19 in the age of what can only be described as a crisis, both environmentally and politically.”

Bounding onto a stage set up with football shirts on the walls with “Carner 7” on the back we asked ourselves “is this the stage at the Academy or Carner’s back bedroom?” yet the relaxed aesthetic set the show true as he cracked straight into Ice Water. The essence of cool.

Carner is a big LFC fan declaring Liverpool his second home before the put-your-arms-in-the-air club singalong You Don’t Know. Bowing to sold-out Scouse crowd afterwards the feeling of pride was buzzing through all corners of the room.

Jokingly getting the audience to make some noise for Mo Salah, “6 times” chants dotted themselves across the crowd. Boos from the Evertonians in attendance were met with Carner bringing people together saying “blue and red make purple. Tonight the city is purple.”

Carner’s tracks with jazz-pop’s Tom Misch got met with cheers as the sax-led slow jams Angel and Damselfly impressed. His flow is smooth, his beats are mellow, his demeanour welcoming and the subjects of his tracks important and personal.

Carner has that friendly vibe about him, the welcome from the Scouse crowd rubbed off on him and the performance was said to have made his day. He is the kind of guy that loves mum, track Florence was dedicated to his mother as the lyrics are an inspiration pep talk over the dinner table.

I tell her eat her spinach and she’ll see the skies the limit is quite arguably the most wholesome rap lyrics you’ll hear all year. You can never have too many songs about your mum, he says.

The down-and-out No Funds and new track Gotham led into the Isle Of Arran which as a wall of white haze and choral samples dominated the space. A real take over the world kind of track, watch out Monday morning we’ve got a new anthem!

Liverpool is a port city, one built off a culture from within the streets and beyond the seas. Looking Back a track about Carner’s confusion and struggles growing up mixed-race was dedicated to all the immigrants helping run the UK, without them we’re nothing as big cheers came from the crowd.

Old CD’s got the hands back in the air and cheers as the finale left with Carner firing t-shirts into the crowd, unfortunately, we only just missed one.

But we’ll be back next time, not just to test our t-shirt catching abilities, but to witness again an evening of which wore its heart on its sleeve from an exciting artist whose only way is up.

Get Mayor Joe on the phone, Carner should be made an honorary scouser. 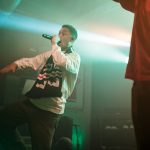 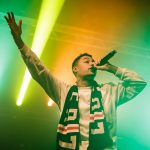 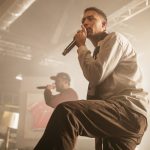 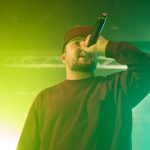 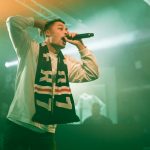 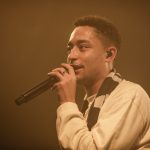 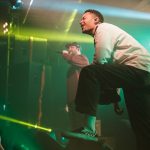 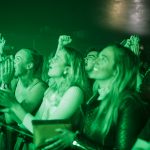